The Devil in you 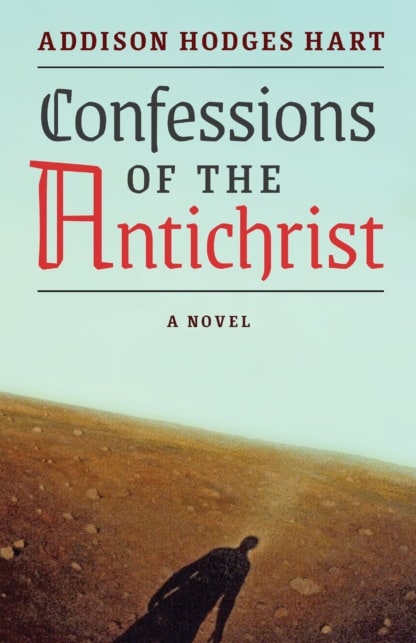 Being in a position of power gives you all the tools you need to be Antichrist. All you have to do is lean in.

So says the Devil incarnate in so many words during a long soliloquy in Addison Hodges Hart’s Confessions of the Antichrist.

Hart’s short novel, published earlier this year just in time for a quick quarantine read — which I did, in two sittings — is part theological treatise, part pulp horror, and part chiliastic thriller. What makes it effective is that the plot does not rely on rapture or supernatural force, but is rooted instead in earthly dread.

The protagonist, who is never named, is a former President of the United States. Early

in the book he is kidnapped by the man who has worked as his long-time barber but who turns out to be quite a bit more, and is taken to a remote location in Italy where he meets the Devil — first in a dream and then in the flesh.

The devil, he is told, is sorry for the state he placed the world in when engineering the Fall, and wants to set it right. Part of that plan involves bringing peace through power, which the Antichrist — contra Jesus, with his message of forgiveness and enemy love — can do with armies and camps if necessary.

It’s difficult to discuss the rest of the book without giving away the plot, but Hart touches on a truth throughout that will serve as a heavy thumb on a sore spot for many: the Devil has a lot of influence, but he does not need to rely on supernatural signs and power to do great acts of evil. Suggestion to a person with the correct lack of empathy is enough. Power and a blind eye can starve just as many as Christ fed.

Hart’s Devil is not a little horned man, nor is he an eldritch horror. Instead, he’s a cardinal in the Catholic Church who runs a treatment center for people who have committed one of society’s most obscene transgressions. He is also a scientist, studying the natural world but especially mankind, trying to understand what makes them the way they are, and — trapped in the flesh — trying to figure out how to get away from his own. He understands fine things but is unable to appreciate them. Humanity, as the pinnacle of creation, disgusts him because it is capable of both progress and evil, and the former is rarely accomplished without the latter.

He understands fine things but is unable to appreciate them. Humanity, as the pinnacle of creation, disgusts him because it is capable of both progress and evil, and former is rarely accomplished without the latter.

The President, on the other hand, admits that his life and ascendance to power has been unusual and easy. Much of what he accomplished during and before his Presidency was done in the name of good. The climax of the novel, however, shows in graphic reality that even things done in the name of good — when done without empathy, love, and consideration for all — can have obscene consequences.

Reading the novel during quarantine heightened its central message. As I was finishing it, politicians on the news were speaking of lifting COVID-19 restrictions for the economy; while some were speaking from a place of concern for those who are out of work, others said that “there are more important things than living.” Christ said he came to bring life and bring it abundantly, while antichrist says abundance is found in mammon; some must die that others may live more abundantly.

Though it speaks most clearly to power, the book points out a fundamental truth about all people. We are capable of great good, but when we are negligent, when we are willing to turn a blind eye, we can commit atrocities. The richest nation in history can create so much food it has to be destroyed even as people starve in the streets and around the world; entertainment that brings happiness to many can and does maim its performers; housing is available to keep everyone warm during the cold and yet it remains empty. All that is required is a willingness to look away, and by looking away you lean in.

The question, Confessions of the Antichrist asks, is are you willing to lean in on the Devil in you?