My friend wasn’t supposed to die 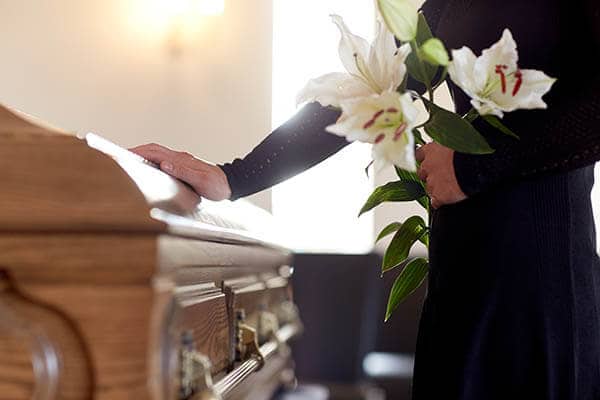 “Do you know why people get together at Christmas? Because every time they do it might be the last time. Every Christmas is last Christmas.” -from Dr. Who 253, “Last Christmas,” written by Steven Moffat

I recently attended the funeral of a friend from my past who died.

It wasn’t COVID that took him, but one of the ways that you would have expected a young man to go if you didn’t live in a pandemic society — a particularly aggressive form of cancer.

The presbyter at the funeral said that even a week before he would have been surprised to hear we would all be gathered in that church on that Saturday for that purpose. The same was true for me, who had only followed his diagnosis and treatment from afar, via social media, for the prior six months.

My friend wasn’t supposed to die.

He was a few years older than me, a late Gen X to my elder Millennial. We were both young when we met through church circles, but he had already spent time as the head disciplinarian at a local children’s home, and so he knew how to connect with kids without being the creepy guy in college who was hanging out with the youth group.

He eventually started exploring an early call to ministry by teaching a Sunday school class, and occasionally preaching when the youth pastor needed a fill-in. He wasn’t a great preacher at that time, not in the sense of oratory, stumbling and often using the phrase “and stuff” as a filler, but as a teacher his style was one of humility. He was one of the few preachers and teachers I knew whose lessons often included discussions of his own mistakes and failures as warning against developing certain spiritual pathologies. To the best of my recollection, he was the first person I ever heard warn against the pitfall of thinking that participation in the consumption of evangelical media made one more spiritual than those who did not.

He was also cool to talk about things that were not — ya know — super spiritual and to let us eager acolytes know that it was OK to do so. Because I was particularly aggressive in my zeal at times, he took me under his wing and helped steer me back toward the north star whenever I wanted to chase a piece of falling, flaming space garbage — and in the 90s, there was a lot of falling space garbage, let the reader understand.

He served a short stint as our church’s interim youth pastor while a search was on, and with humility he graciously stepped back and away so as not to interfere with the new guy. He also did the new guy a terrible disservice by talking me up and letting him know how passionate I was about many biblical and churchy things. (I spent the next year blowing that impression up. Oh well — you can’t bat 1,000.)

After high school, I moved away and we saw each other occasionally in passing. We only had a handful of conversations that could count as conversations during those years, mostly catching up and counting children, and the last one was approximately three years ago, before the pandemic. He was working as the camp director at the facility my family used for family reunions, and so we got to speak when he poked his head in to make sure everything was going well. I don’t even remember what we said aside from hello and that it was so great to see each other.

When I heard that he had been sent home on hospice, I still kind of held out hope, not because I am young enough to think that someone in their 40s is invincible, but because one of the lessons he taught me was that even in the face of insurmountable, irreducibly logical odds, sometimes — sometimes — faith makes a difference. Even a faith as crummy as mine.

My friend wasn’t supposed to die.

And so will I. My parents will go first, probably, and maybe a sibling, and if I’m lucky my wife will die with me holding my hand in my bed at a ripe age, and my children will follow in their own time, many years later. Everyone dies. Even the people that Jesus resurrected died again.

I spent Christmas Eve in the Emergency Room shaking with chills and deep pain from an infection that caused my lymphatic system to do some weird things. My wife stayed with the children until someone was close enough to check-in, and then she joined me, but the first few hours were alone.

I did the sorts of things I always do at the hospital — I tried to read the books I’d brought, but I felt crummy; I prayed; I listened to the nurses outside the room laughing at some inter-office humor.

But I also thought about Doctor Who, because before things got bad enough that I decided it was time for the hospital, we’d been watching the old Christmas specials. There’s a moment in the one titled “Last Christmas” that stuck with me. In the episode, the Doctor and his companion Clara have been trapped in a layered delusional state via a monster-of-the-week that uses weaponized dreams. The further you get into the episode, the more emotionally manipulative the dreams become.

The dream that holds the most grip over Clara features her recently deceased fiancé, Danny. Even though the dream has unsettling elements — the walls literally tell her “You. Are. Dying!” in writing — she doesn’t want to leave.

As it becomes clear that Clara will die if she stays in the dream state, one of the episode’s most moving moments come when Danny gives her a sort of goodbye: “Do you know why people get together at Christmas? Because every time they do it might be the last time. Every Christmas is last Christmas. And this is ours. This is a bonus. This is extra. Now it’s time to wake up.”

I didn’t think I was dying that night — but I had gone to the ER because I didn’t want it to become a dying situation. I understood the power of missing Christmas.

I understood that my friend was still six months away from his diagnosis at his last Christmas.

I don’t believe in the idea of a single grand plan for each person’s life that is mapped out with specific plot points along the way, but I do believe everyone has a potential best version of themselves that is in line with their created person. A lot of the eulogy was essentially dedicated to the truth that my friend had found the place where he could be that best person for himself, right to the end.

One of the strange things about being a millennial is that from a young age I was preached a message of super empowerment from a lot of directions. The same people who my generation heard calling us “the worst generation” during our 20s told us in our childhood and teens that we were going to change the world. It’s probably not a coincidence that early profiles identifying us as “Millennials” included the trait that we are driven by the desire to make a mark on the world and to be remembered.

The truth is, however, the people who make the biggest marks on the world rarely do so without stepping on a few faces on their climb up. I don’t want to make that kind of mark.

Instead, the best kind of mark is often the background contouring that gives a painting its depth without an obvious line; for most people, the contouring is the thousand little acts of kindness and solidarity and just working to make the world an easier place for everyone else they can do. Those acts may not be giant buildings or monuments carved from granite, but the small acts of a life well lived aggregate and push forward into the next generation, setting a new baseline that can be improved by each generation until the Eschaton.

My friend wasn’t supposed to die. But while he had the chance, he chose to live.