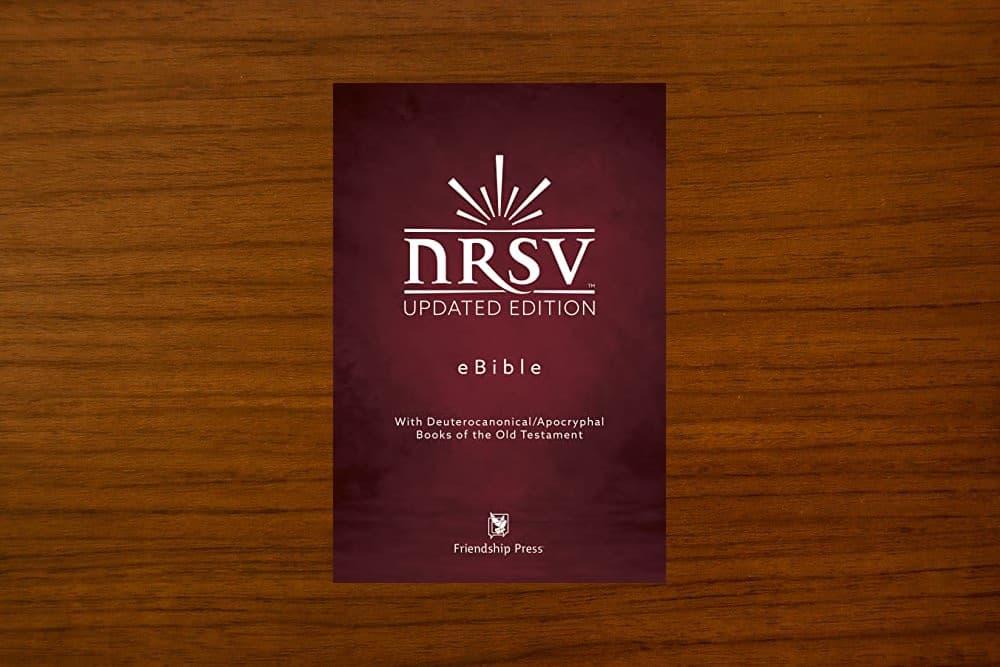 Is there a difference between “wild grapes” and “rotten grapes”, and why does that matter? An update to one of the most popular Bible translations is seeking to answer that question.

The New Revised Standard Version, a project of the National Council of Churches, was first published as a complete edition in 1989. Its first major revision is scheduled to be released later this year, 33 years after it was first published. The NRSV is approved for use in a number of mainline churches, is one of the versions used in the Revised Common Lectionary, and has endorsements from Protestant, Anglican, Roman Catholic and Eastern Orthodox churches.

Those who have worked on the project say the update was necessary because the translation committee could take into consideration new finds and advances in manuscript availability and new Biblical scholarship.The update is not as significant as the change from the NRSV’s predecessor translation, the Revised Standard Version, but the changes in wording choices are significant. The update will be known as the NRSVue. As UMC News reports:

The “NRSVue” makes about 12,000 substantive edits and 20,000 total changes in the Bible translation, which includes alterations in grammar and punctuation, according to Friendship Press. It is an update, not a new translation, which would be a more extensive project.

“It’s an update to the translation, so that they could take care of things like making sure the grammar, tenses and punctuation are correct,” said the Rev. Jean Hawxhurst, ecumenical staff officer for the United Methodist Council of Bishops. “And things like capitalizing Jewish holidays when that’s appropriate. … Then there’s this other category of the updates that are philological, that have more to do with the meaning of words and how they change over time.”

Those changes include substituting “enslaved person” for “slaves,” so as not to define someone as only that.
An example of a change that was made to reflect new scholarship includes discussions of skin disease in the Bible:
“It’s become clear that what we call today ‘leprosy,’ Hansen’s Disease, apparently did not exist in the Mediterranean basin in the second millennium, first millennium B.C., or even around A.D. times,” said Michael W. Holmes, who was an editor of the New Testament in the “NRSVue.”

“So there’s one case where our understanding of the term was changed by modern medical research,” said Holmes, the University Professor of Biblical Studies and Early Christianity, Emeritus, at Bethel University.
So, in the “NRSVue,” Leviticus 13:9 says “defiling skin disease” instead of “leprosy.”

The change of “thong” to “strap” in the John the Baptist verse was done because “thong” in English has come to primarily refer to underwear. And even though “wild grapes” rolls off the tongue better than “rotten grapes,” it was changed to be more accurate.

Other changes may be less dramatic but seek greater accuracy. Religion News Service reports that “Magi” will replace “wise men” in the story of Jesus’ birth, and “sin offering” in Leviticus will become “purification offering”. Other changes made based on new manuscript evidence may raise some conservative eyebrows because of the additional text it brings. RNS continues:

A 36-page sampler details relatively few of the some 12,000 substantive changes — out of a total of more than 20,000 revisions — made for the new edition, which scholars made clear was not a new translation. Some of the updated wording is based on what Kutsko called “new compelling textual evidence,” including findings in the Dead Sea Scrolls that were located in the Qumran region of the West Bank.

The update was developed over two years and involved 76 two-hour meetings. It had 56 book editors involved, and six general editors oversaw the work. In addition to the books included in Protestant Bibles, the NRSVue also includes the so-called Apocryphal books used in Anglican, Catholic, and Orthodox churches. RNS continues:

“When we embarked on this journey our goal was to bring forth research for which Bible scholars hold a consensus,” Jim Winkler, NCC president, said in a statement. “This update with its attention to accuracy and clarity has far exceeded our highest expectations.”

The new version is expected to be released by publishers on or after May 1, 2022.