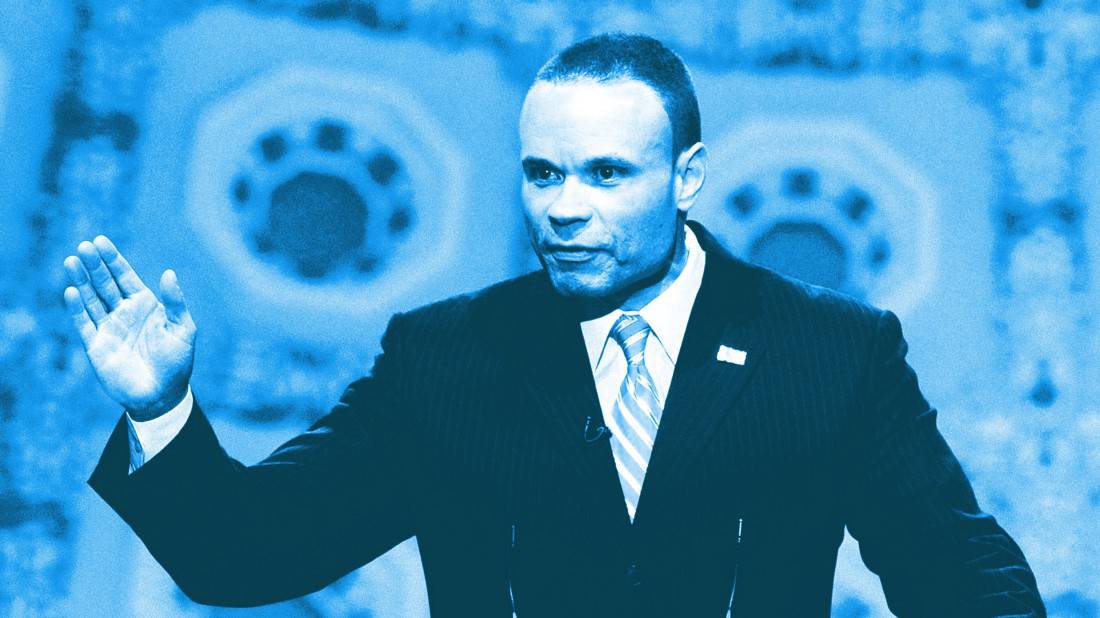 Fox News Host, and prominent right-wing Conservative Dan Bongino, has been permanently barred from YouTube. Bongino willfully evaded his week-long ban put on his secondary channel. Dan posted a video on his main channel, while his secondary channel was suspended for going against YouTube’s recent COVID-19 guidelines.

His latest videos conveyed skepticism and misinformation towards mask wearing/vaccines that prevent the spread Covid-19. In the video, Bongino said “masks were useless in stopping the spread of the coronavirus”.

Throughout the past year, Bongino repeatedly broke coronavirus rules YouTube added in 2020. The rules state that it prohibits “content about COVID-19 that poses a serious risk of egregious harm.” It doesn’t permit videos with medical misinformation that contradicts local health authorities, such as the World Health Organization.

Back in September 2021, YouTube announced it would ban all content related to vaccine misinformation, an expansion from its past banned. The video-sharing app has also banned accounts of several anti-vaccine activists, including Joseph Mercola, an osteopathic physician, and Robert F. Kennedy Jr., as part of an effort to tamp down COVID-19 misinformation spreading on its platform.

Both of his channels have been terminated and he won’t be able to create a new one in the future, YouTube said.

YouTube stated the following in regard to Dan Bongino’s Permanent Ban:

“We terminated Dan Bongino’s channels for circumventing our terms of service by posting a video while there was an active strike and suspension associated with the account,”

The former NYPD officer & Secret Service agent is an outspoken character within the media. His conservative beliefs and principles have created enemies in his social & political circles. Lately, YouTube has begun cracking down on accounts spreading false propaganda in relation to the Covid-19 Pandemic, along with social distancing & vaccine mandates.

Bongino had disclosed in a video that he was already planning on leaving YouTube, with his nearly 900,000 subscribers on his main account forever. He vowed to do the same with Twitter over his unsubstantiated claims of anti-conservative bias on that platform but decided to proceed using YouTube service’s.

Bongino last week posted a podcast episode titled “I’m Daring YouTube to Do This”. On the episode, he vowed to keep posting videos with claims that masks, subsequently he dared YouTube to take immediate action.

“YouTube’s loss. At least now we all know it’s the Communist echo chamber they always wanted to be but never could admit to being. Subscribe to @dbongino’s Rumble channel: https://rumble.com/Bongino,” conservative commentator Jeremy Frankel tweeted.

“Now YouTube has permanently banned Dan Bongino?—?one of the most popular conservative stars around. Yet, the news media still pretend there’s no censorship of the right. Conservatives better wake up. The press never will,” Bozell tweeted.

Bongino had 870,000 subscribers to his channel prior to its closure. Fortunately, he has over 3 million on YouTube’s rival app called “Rumble”, a video-sharing app popular with right-wing people who claim tech companies are censoring them.

As of January 09, 2022, Dan Bongino also has been banned from Google ads, along with his active YouTube ban.