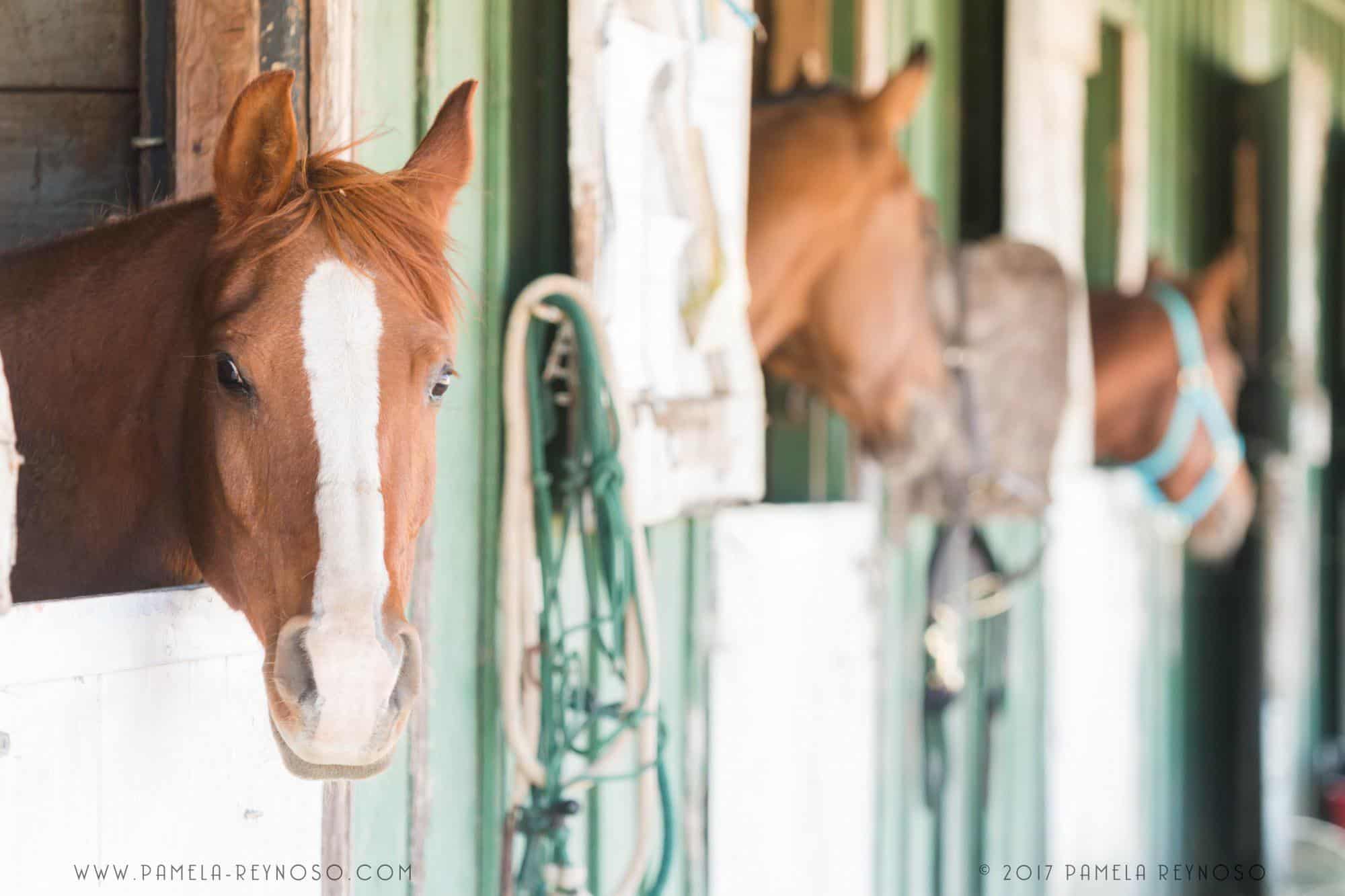 There were two weeks in October that didn’t go as I expected.

On Monday, October 9th, my wife was following the developing Northern California fires online when she saw that they were woefully shorthanded at the large animal evacuation site near us. We decided to spend a few hours the next morning volunteering. Those few hours turned into much more.

Soon after arriving to volunteer, we were assigned to watch a barn and help care for the animals, mostly horses. The instructions to volunteers were that the horses needed water, walking, and food. But, there were a ton of volunteers and the waters were getting checked every 10 minutes and people with little horse experience were walking them. At one point, our barn had seven animals and 12 people trying to help. Everyone meant well but it was stressing the animals out. Then when a horse got stressed four people would try to calm it… which didn’t help.

Very quickly my wife identified a wonderful woman, Wendy, who had the appropriate horse experience to start helping to get things organized. There was a real need for that organization. As a result of identifying the need and doing something about it, Wendy, Pamela (my wife), and I became a three-headed leadership team for the stables with Wendy as the main lead and Pamela and I taking on different roles. Pamela facilitated relationships between the barn crew and the other volunteer crews and I directly oversaw the barn managers and other barn volunteers. That first day turned into a long day, eleven hours. In fact, I ended up putting in seven straight days of 11-14 hour days and then two more days as the barns began to send animals home, thankfully with two days off. By October 20th, all the animals, with the exception of one ranch that cared for their own animals, had returned to their homes. It was an intense 11 days were we cared for hundreds of distressed animals and their equally distressed owners.

At the height, there were about 500 animals evacuated to the fairgrounds from rabbits to goats to alpacas to cattle. The majority of effort, however, dealt with the 200 horses. I’m not a horse guy. We had some horses and ponies when I was young. We actually had the ponies for years into my adulthood. But, I have spent more time with cattle and am more comfortable there. But, I can organize people and am animal literate which was what was needed for my volunteer role.

It All Came Together

It was amazing to see this all come together. We evolved from a bunch of people off the street to a team that worked tirelessly 24 hours a day for the animals. Our team handled the barns and all the animals in them from feeding and watering to mucking to organizing and training the volunteers. We had day shifts and overnight shifts so that the animals had all the care they needed. But, our barn crew wasn’t the whole story.

The effort was massive. There were veterinarians and vet techs volunteering. There were people making donations- an amazing amount of donations. There were also entire crews of volunteers who spent hours unloading and organizing the donations. Let’s not forget the construction crews that rebuilt so many of the stalls. The stables are scheduled to be demolished in 2018 and have been abandoned for almost a decade so there was a lot of work done to make them ready to hold the animals. Maybe my favorite volunteers were the ones who organized the food and brought food for the volunteers. The food was amazing! Then, of course, there were logistics people who helped it all flow together. There were literally hundreds of volunteers. One list of volunteers had over 1300 volunteers listed and that was early in the process and was nowhere near a complete list. There were also people who were there as part of their job. The sheriff’s office and animal control, of course, played a huge role. Local politicians helped make sure the operation got the support it needed and also helped solicit volunteers and donations through the media.

Thinking About Aesthetics During Tragedy

I never thought that amidst all this I would start to think about aesthetics. My Ph.D. work is in art history and aesthetics; so, I think a lot about aesthetics. But, I tend to do so in the context of art. There is a segment of aesthetics that focuses on the connection between aesthetics and morality but to be honest that hasn’t been my primary concern.

However, as my body began to adapt to the hard physical work of the project- according to my phone I took 26,000+ steps on one of those early days and my blistered feet, cramped legs, and back spasms confirmed it- and as the rapid influx of animals slowed, I began to think of the beauty of what I was experiencing. In my aesthetic research, I lean on a Thomistic definition of beauty. Beauty is, “That which when seen (perceived) causes intellectual delight (pleasure).” I certainly gained great pleasure from what I was seeing and perceiving at the evacuation center.

As I toured politicians and volunteers through the stables (golf carts were donated for us to use which my pain filled feet appreciated), I began to talk about how something beautiful had happened. Hundreds of people from all walks of life, whether they be successful professionals or the impoverished, came to help. What struck me though was the animals and the democratization they represented.

There is a big difference between a show horse and a family horse. The reality is that the horse world is very stratified. We had expensive show horses evacuated to the fairgrounds that are flown to their events in Kentucky or Canada. But, we also had the family horses of immigrant families. All those horses received the same care from the barn volunteers and the vet volunteers. There was something really delightful, really beautiful about that.

Our culture, like the horse world, has always been stratified. I don’t know that we can ever change that. But, I do think it is important to notice- and remember- those moments of beauty when life is valued equally. It is beautiful. It is an ideal we need to embrace.

Beauty is not always found in the sublimity of nature or the austerity of the museum. It isn’t always the expensive artworks carefully illuminated. Sometimes it is found when the exclusive show horses evacuated as their barn was in flames around them are housed in the same barns as pet donkeys and toothless elderly horses cared for by the same volunteers who value them not for their worth or their status but for the simple dignity that drawing breath affords them.

Below is a slideshow of images my wife, Pamela, took one day while we were volunteering. I think it does a good job of showing the story.