Remembering Who I Am 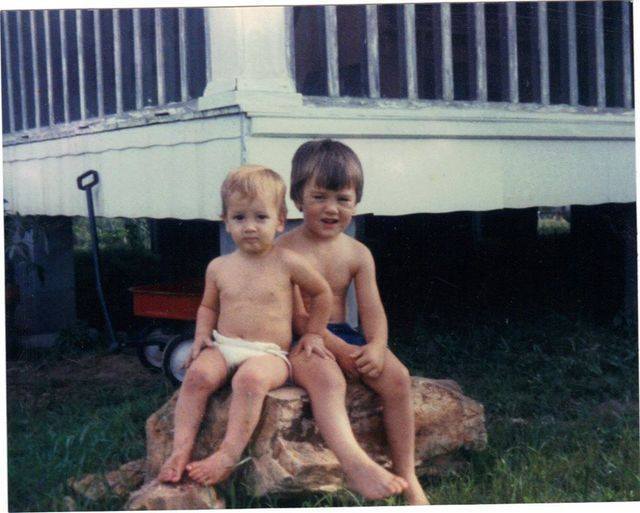 When I was growing up, whenever I would go on a trip without the family my father would turn to me just before I left and say, “Remember who you are.” As my own children now get older, I realize that who you are is not just shaped by your parents but the physical domain around you.

I have also realized that, even if you can never go home again, home never really leaves you.

My father was an agriculture education major in college and taught agriculture in two schools before working his way through a master’s degree and into school administration at the elementary level.

Away from work, however, he never shook the farming instinct. Part of it was how he was raised, growing up in Jackson Parish, La., which today bears the distinction of being a rural state’s most rural parish, but part of it was an innate love for the soil of the earth and the fauna of field and farm alike.

We had what some people call a homestead and others call a hobby farm on property that was once intended to be a logging corporation’s company town. The Village of Tremont never materialized, but  Main Street was our driveway. We shared it with a hunting club as an access road to the woods behind our property. No matter how many times it was graded, the road filled with potholes deep enough that it could send a child on a bicycle skyward if they weren’t bucked face-first into the dirt.

The tree line along the back pasture’s fence always felt like the official marker between field and forest. At some point, one side of the pasture had been a fruit tree orchard, but by the time I was old enough to wander the open spaces alone, the trees — except for three that had been cut out of the pasture by the fence — had died. We opened up the fence to let the herd of goats we kept eat the grass that was tall enough for children to tunnel through it. The three trees outside the fence are still alive, and foxes come up to eat the pears they drop on the ground.

The front pasture had a gum tree with a muscadine vine growing thick and lush despite being hidden in the branches. You could only pick the wild grapes if you were brave enough to climb onto limbs that felt thin even for a child, wobbling above the earth as you reached for fruit. The front pasture sloped down to a spring-fed brook that I would sometimes sit beside or nap under a tree because some book I’d read made me think it was a good idea. It was not the Shire, but it wasn’t far from it.

Along with the goats, we kept the horses, never more than two, rarely ridden, half of them never broken. My older brother would sometimes get a lead rope and ride bareback, but I wasn’t much for riding after a bad fall when I didn’t cinch a saddle tight enough and I went down sideways at a full gallop. For a while, we had a Shetland Pony that our grandfather showed up with one Saturday morning; we told people he was a horse trader, and he often visited us after going to the sale barn. Riding the pony was easy if you didn’t mind getting bitten while you saddled it.
There were always farm dogs and barn cats. Yeller was our mean dog that all the neighbor kids hated. The father of all our cats, Tom, was a Siamese who had wandered up out of the swamps of Tremont Bottom and took up residence in the barn my father had built using the remnants of an old house his school had torn down. We made a game of trying to touch Tom as he crouched at the low edge of the barn roof. He would strike back, claws always unsheathed; my brothers still bear the marks of his aggrievance.

Our billy goat, Amos, was likewise aggressive. He would knock you down and push you around until you were blue in body and nose alike as his musk clung to your clothes and person. His brother, Hezekiah, was cross-eyed and friendly, and would knock you down trying to play. When he got aggressive, he head-butted fence posts and ran in tight circles.

When I was younger, the goats gave us milk. The coops full of chickens were a constant, and gave our family of eight enough eggs for meals when the laying was good. They were not the clean, spotless eggs of the grocery store, often requiring washing before they could be taken into the house, but they fed just the same and we could deepen the colors of their yolks over time by sneaking a little of the horse’s sorghum grain into the chicken feed. 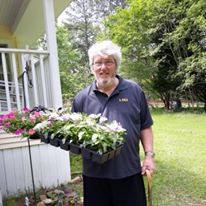 In the background, always, was my father, turning the soil and planting a garden. In his early 30s, he used a mule and plow. Later he upgraded to a gas-powered tiller. Tomatoes, squash, peas, beans, corn, peppers, watermelon  and more were all staples of our house because he liked growing them. Blueberries and figs were the landscaping of the back corner of the yard, and in the summer we would have to get up early to pick either fruit or vegetables.

Afternoons in the mid- and late-season were spent shelling or shucking. We complained, but we ate it.

He also loved landscaping, planting butterfly bushes and crepe myrtles, four-o’clocks, and Confederate roses. In the back yard, we had a telephone pole with a purple wisteria vine that grew so lushly that the little dumpster dog that followed my mother home one day and never left was able to climb to the top. Every plant had a story – it was made from a cutting off of a family plant in his boyhood haunts; it came from a great-aunt’s house; he’d found it in the woods and dug it up. He even has a succulent moss with a story that goes back generations.

In his work office, he grew ivy that stretched around the room, and kept tanks of fish, and a turtle. Cacti lined the windows while blooming indoor plants clarified the air from the counter. A six-foot snakeskin was mounted on the wall above photos and sketches of wildlife, and a gigantic hornet’s nest hung in the corner. A bird feeder that he sometimes referred to as a “hawk feeder” because the raptor that nested nearby would take prey from it without warning was mounted on a pole a few feet from the window. Even when he was indoors, a little bit of the natural world kept him grounded.

When I visit the homestead now, some things have changed but it still feels the same. The garden has been scaled back some, but the landscaping remains. The plants in the office are going to have to find a place whenever he decides to retire, which seems to move back every year.

We sit on the porch and talk about gardening and animals, just like he and his father used to talk about horses and farming. We shell peas and laugh at the children as they play in the yard, and in the afternoons we doze in reclining chairs.

In the evenings, when it is cool enough, I walk through the woods and the hardwood bottoms and I can see trees that bear scars I left in them, initials carved into bark or forts built among their branches.

The space where my own family has made its home is dissimilar from Tremont Bottom in a lot of ways, though my wife has done her share to convert our town lot into a country cottage. We have garden beds on spots that would otherwise be unproductive lawn, and increasingly we find reasons to go into the woods, whether in the mountains or the wildlife reserve near us or just the large city park.

When we do those things, I sometimes think about simple conversations in the garden a long time ago.

I remember who I am.

I continue learning who I am.