In praise of a naked Christ 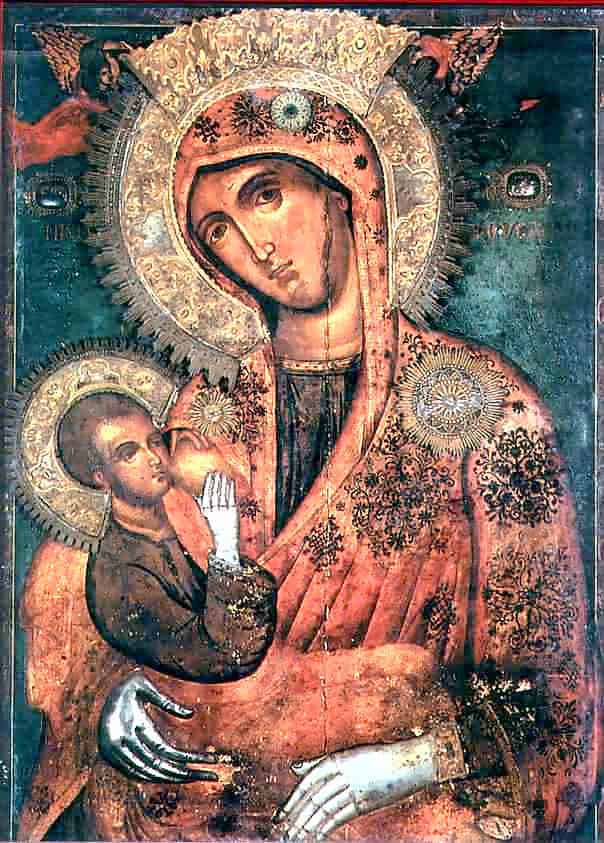 In a recent online exchange, I posted a photo of an icon that showed the Virgin Mary with a breast partially uncovered. While some of the discussion centered around the ever-weary topic of modesty, another side discussion was specifically about portraying nudity in devotional art.

“I do not believe that we should see Christ, the Theotokos (Mother of God), or the saints portrayed without clothes unless it is key to their stories,” one interlocutor said.

That Jesus Christ is a true man, born of a woman and fully enfleshed is foundational to nearly all orthodox Christian theology. He was a real person incarnated at a specific time in history who, when you cut him, would bleed human blood.

Popular portrayals of Christ, however, have seemingly stripped most of his actual humanity. He is emotionless except to be kind – or perhaps sad when a sinner won’t open the door to their heart. The Jesus most know is some form of the Christ of the Andes, a Platonic god whose arms never tire as he stands blessing the entire earth without comment. But then there are other popular cases that veer near the heretical; the film “Jesus of Nazareth,” for example, made the strange decision to never show the actor portraying Christ blink.

This stripping of Christ’s flesh starts early. Even at Christmas, the celebration of his incarnation, the popular hymn treats the holy Child as if he was preternaturally sanguine despite being born in a cave full of animals: “The little Lord Jesus, no crying he makes.”

These moves are meant to honor the divinity of Christ, but they veer dangerously close to downplaying that – while he was, in the language of the Nicene Creed,  “very God of very God” — he was made fully man in his incarnation of the Holy Spirit and the Virgin Mary.

The centrality of the Incarnation

Remembering the fullness of the incarnation is important precisely because, in the words of Gregory Nazinious, ”that which He has not assumed He has not healed; but that which is united to His Godhead is also saved.” Humanity is redeemed by Christ’s incarnation because Christ was human, down to the last drop of blood.

And that is why I think the naked Christ has his place. To go back to my interlocutor, it is part of his story. We show him at his mother’s breast because he was a baby who truly needed to eat. He got sick and vomited and had diarrhea. He woke up aching after sleeping on hard surfaces. He made mistakes learning things, but as he learned those things he got better at them. He enjoyed spending time with his friends. And yes, he went into the river naked and was baptized and the Spirit descended on him. He was naked on the cross. His nakedness was human. That humanity was necessary for our salvation.

So no, I don’t think we should portray Christ or any of the saints naked without respect to intention or how it will be received, but when I see an icon of the naked Christ coming out of the river at Theophany, the image I venerate is not just that of a person who was truly God, but also of one who was truly human.

The raw reality of the incarnation is laid bare for us when Christ is stripped of anachronistic Byzantine or Renaissance robes and we see that he, too, lived in skin. He is God, and he is man. Ecce homo.

This essay is from our Anastasis Series where we resurrect articles from the past that are either still relevant today. This piece was first published on February 6, 2020, and has been lightly edited and updated.