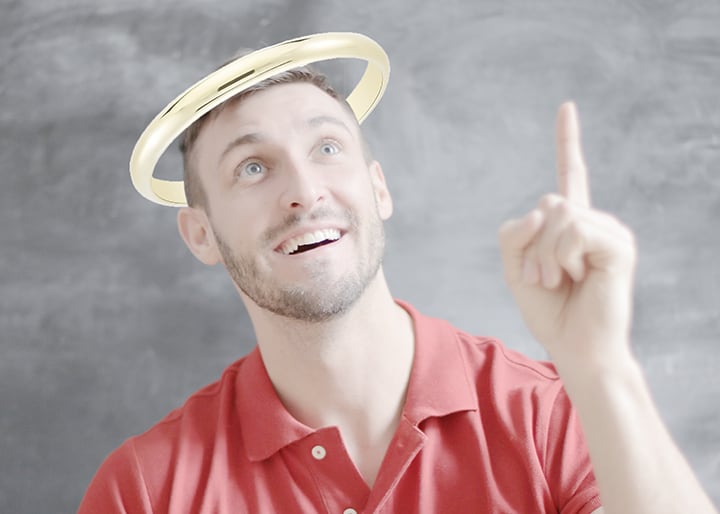 The chief of sinners? Not this guy.

An arrogant hypocrite? Definitely that guy.

Well, it depends who you ask. That guy or his non-Christian neighbor.

A new study published by Ipsos in partnership with The Episcopal Church as part of its Jesus in America survey shows that Christians in America have a perception problem — in particular, the difference in perceptions they have about themselves compared to how non-Christians see them.

Of the top 10 answers self-identified Christians gave, the only negatively associated word they chose was “judgmental”. With 19 percent of respondents giving that answer, it fell in at No. 10.

Conversely, 37 percent of respondents who identified with another religion chose “judgmental” as a Christian characteristic — placing it at No. 1. It fell at No. 2 in the category of people who did not identify as religious, with 54 percent of them choosing it.

The only descriptor  people identifying with no religion associated with Christians more than “judgmental” was “hypocritical”, with 55 percent of respondents choosing it.

The top four words people of other religions associated with Christians were negative, while the top seven words non-religious people chose were.

Notably, 50 percent of Christians describe themselves as “respectful”, while sizable numbers of people of other religions (16 percent) and non-religious (19 percent) described them as “disrespectful”.

Here’s a full listing of the results:

People identifying with other religions described Christians as:

People identifying as not religious described Christians as:

Ipso’s conducted the survey of 3,119 Americans between Nov. 2 and Dec. 2, 2021, using a nationally representative sample. Surveyors said the results have a margin of error of plus or minus 2 percentage point at a 95 percent confidence level.