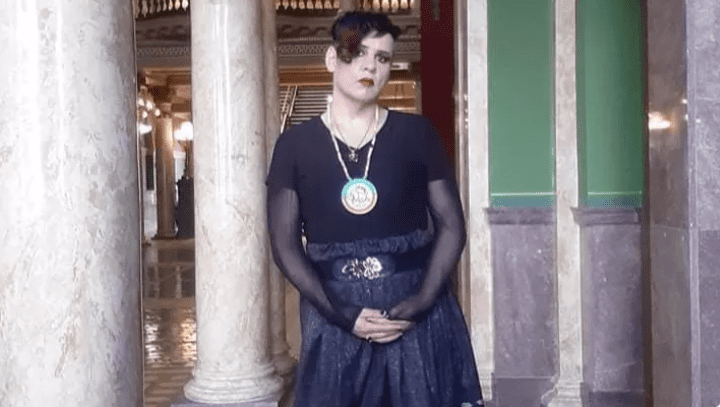 A blogger and activist known for going after preachers and writers he considers liberal has admitted that he published a false story about an activist he called a “transvestite Goth.”

J.D. Hall of Pulpit&Pen has settled a libel lawsuit connected to the Montana Gazette, a different publication with which he is affiliated. The suit was filed by Indigenous activist Adrian Jawort.

The Great Falls Tribune reported about the lawsuit when it was filed:

Adrian Jawort, a transgender lobbyist for Montana Native Voice, is suing the paper for claiming that she cornered a state Senator and Montana Family Foundation President Jeff Laszloffy, who escorted the Senator to the sergeant-at-arms for his protection.

Jawort denied the allegations in the paper and asked the Montana Daily Gazette to remove the written account of the alleged incident and correct the reporting. The Montana Daily Gazette refused to do so, standing by its account. That account offers no source and neither Laszloffy nor the state Senator, nor the sergeant-at-arms appear to have been contacted by the online outlet.

Lawyers Rylee Sommers-Flanagan and Raph Graybill are representing Jawort and said they’ve talked to the parties named in the publication and are prepared to prove the event which alleged lawmakers needed protection from Jawort “never happened.”

“This obviously causes immense reputation damage and harms my performance to do my duties to not only me, but the organization I work for, Montana Native Voice,” Jawort wrote in her complaint.

As part of a settlement, Hall admitted the story was fabricated and apologized, according to the Great Falls Tribune. The libel suit was dismissed, with the agreement Jawort will be able to make a claim of $250,000 against Hall, who is currently in bankruptcy.

Hall also posted a note on the Montana Gazette website.

Hall, who has spent years warning that liberals were taking over the Southern Baptist Convention and other evangelical churches, was arrested in mid-May on DUI and weapons charges. He has pleaded not guilty to those charges and has claimed he suffers from a vitamin deficiency.

Hall had offered to resign from the church he pastors following the DUI arrest, but the church did not accept the resignation. Instead, it placed him on leave for three months. The leave also included the stipulation that he could not return to the pastorate unless his wife approved.

“The congregation spoke openly to assure Pastor Hall he should not be ashamed, that we do not care what the world thinks, as we know the truth,” the church said in a statement.