Corrective lenses: Why I was wrong about spanking my children 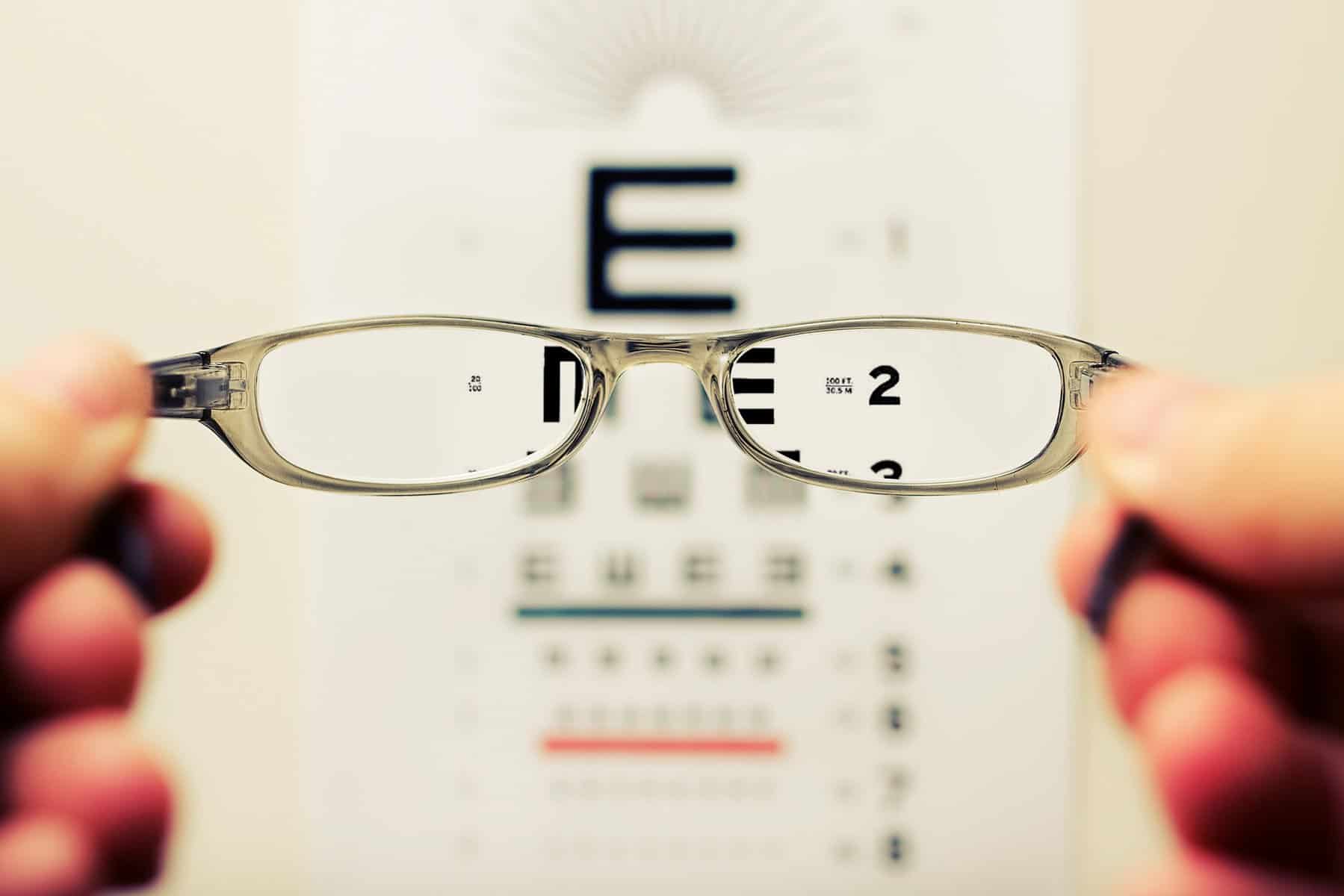 A recent trip to the optometrist reminded me that the unfortunate realities of aging include worsening eyesight. At this rate, my eyesight may soon be as bad as my hearing; at least that is what I think I heard my eye doctor say, but not to worry because updating my corrective lenses prescription should remedy the issue–at least until next year. Sitting in the examination chair as the doctor put me through the paces of viewing letters of different sizes with various corrective lenses reminded me that so much of what we perceive is not centered in the objective but in the subjective of our experience as it is shaped by our culture, geography, and time. While it is true that the letters I was attempting to read did not change, some of those letters were impossible to see from where I was sitting–and some I mistook for other letters altogether. Without the help of the prescribed corrective lenses, it would be impossible to convince me that what I read as an “E” was in reality an “F.” Now imagine if all of my life I had been taught that F’s were E’s and vice versa; imagine then, that all the institutions responsible for my maturation reinforced these false narratives and how difficult it would be to persuade me otherwise. My trip to the optometrist reminded me that none of us are beyond correction and that often the very things we are convinced to be true, aren’t.

For example, much of my formative years were shaped by a small sect of Pentecostalism that among other things, rejected the Trinity and was persuaded that God would condemn people for how they dressed, wore their hair, and if they swam together with the opposite sex.  My small church had very clear ideas about what pleased God and displeased him, based upon obscure passages from the Bible which sometimes were just one verse (poorly interpreted) to forbid men from having facial hair.

It is amazing the things my church forbade, but even more amazing still are the kinds of things it encouraged. One place my church wasn’t different from the larger culture in its faith and practices was how children should be disciplined, which was never really discipline at all, but mostly just punishment–punishment in the form of spanking. Of course, “spanking” was a euphemism of sorts that included, but wasn’t limited to, a variety of instruments with which to hit children, including belts, small tree branches (switches), wooden spoons, sticks, paddles, fly swatters, extension cords, flip-flops, clothes hangers, and open hands applied liberally to the children’s backsides, legs, or other collateral body parts painfully inflicted in the name of discipline. All of which I experienced growing up, and sadly repeated when spanking my own children; these are acts that I now regret.

Growing up in the rural American South, spanking children was a given and a proven method of successful child-rearing by all accounts. I was spanked by my parents, and by other members of my family frequently, and just assumed that was how things were done so that by the time my own children came along, I predictably fell in line with this cultural practice. It has taken me years, and a little help from my own adult children, to realize that what I saw as normal was, in fact, harmful. I was wearing a pair of lenses that was given to me by generations of culture, without ever considering that maybe what I was seeing wasn’t reality at all.

This reality was informed and reinforced by every institution in my life. My family, my school, my church, and my community all agreed that spanking children was just and right. Of course, my church rooted this endorsement in passages of the Bible including Proverbs 23:24 which says; “Whoever spares the rod hates his son, but he who loves him is diligent to discipline him.” This is one verse among the other eighteen or so passages (depending on how you interpret them) from the entirety of the Bible which address this topic. Yet my church and culture failed to understand these Bible passages were written at a time when children, and wives for that matter, were considered little more than property. As such, it was expected they would be treated with the same amount of indignity. Generally, my culture, and specifically my church community, was convinced this was the only effective method to discipline children and, at times, celebrated it through repeated axioms and jokes that were cavalierly bandied about.

For instance, I remember my pastor often commenting on other children he would see “misbehaving” in public and without knowing any of the details or context would boastfully announce, “if I had five minutes with that kid, I’d give him something to cry about!” As a young father, who aspired to ministry, these kinds of pronouncements were influential on me and often resulted in my children catching the brunt of my own insecurities of wanting to be a “perfect Christian father.” No doubt, my children suffered because I didn’t have the capacity, experience, or knowledge to understand that the pressures I was feeling to conform to these notions of violence against my children were being perpetuated by generational systems that were rooted in fear–fears that are informed by religious and cultural systems that tell lies. Lies like “If your children misbehave, you’re a bad parent,” or “If you don’t spank your children when they misbehave, you don’t love your children; that’s what the Bible says!” Even at times when these fears weren’t so overtly reinforced with such bluntness, they weren’t assuaged even by those who should have been informed on the issue, such as the celebrated Christian psychologist James Dobson of Focus on the Family, who has endorsed spanking as appropriate and effective. Dobson, venerated as an authority among the evangelical subculture, became the only trusted source for child-rearing advice. Yet his advice often contradicted the consensus opinion among child psychologists to the contrary. Ample evidence that demonstrates the ineffectiveness, and even harmful repercussions, of spanking as a mode of discipline for children.

But my point here isn’t to regurgitate the overwhelming amounts of information that demonstrate the truth on this matter, but simply to reflect on the fact that this is one of many cultural assumptions, informed by my religious training, where I had it completely wrong. No matter how well-intentioned, my actions inflicted harm on my children and ultimately sent the wrong message about God. My actions unintentionally communicated that God is vindictive and that he punishes people when they transgress, often in minor ways, based upon arbitrary standards that are poorly defined and inconsistently enforced. Even in those moments where I applied spanking in the “right” way, it would be difficult for me to discern if my motives were based in objective righteousness or misguided anger and insecurity. If it was difficult for me to know the difference, it would have been impossible for my children.

Like most evolutions in thought and practice, this issue, in particular, has been on my mind for a long time. I used to be comfortable with laughing it off as an archaic cultural rite of passage, which I experienced along with most children growing up in America at a particular time in history, but now, I’m increasingly uncomfortable with joking about it. Considering how easy it is for this practice to become abusive, and in many instances is abusive no matter how well-intentioned, hitting a child in any form or fashion is something I can no longer justify under any circumstances.

To be clear, I’m not suggesting that I’m not responsible for the harm that I inflicted. No matter how much pressure I felt from my community or my church, I should have been better informed on a subject so rife with unintended consequences, but I wasn’t. In most instances, I took out my insecurities, fears, and anger on my children. I was wrong for doing so, and have acknowledged as much to them with my deepest regret and sincerest apologies. Thankfully my children have forgiven me, and we continue to work on what it now means to have mature relationships based on mutual respect and love, and not in manipulation or face-saving appearances. This isn’t easy. Learning to navigate boundaries in a healthy manner is difficult for all of us, but is necessary for deep, meaningful, life-long relationships.

Even though I am responsible for my words and deeds,  what is becoming clear is that my culture isn’t beyond liability when it comes to how my words and behaviors have been informed over time. With every passing day, I continue to reexamine the long-held beliefs and practices that were passed to me, most of which have never been closely scrutinized. I now understand as author Kevin Pendergrass articulates in his book Blinded by the Bible; “the Bible, including the New Testament, is not prescriptively fixed in all it teaches. Instead, it is seen as being prescriptively fluid and highly influenced by culture. That means that the way in which specific commands and instructions manifest themselves have changed and will continue to change from culture to culture.” The practice of spanking children is but one example among many, where this is demonstrably true. It is far better for me to follow the example of Jesus, who lovingly held children and blessed them, instead of following a misinformed culture that insists that violence towards children is justified when we call it spanking.

It would be foolish for me to argue with my optometrist about the quality of my eyesight. It would be the height of absurdity to substitute all of his training and tools for my own intuition or allegiance to what I’ve been taught. My insistence on how I see things as being right would ultimately result in one thing: blindness for myself and harm for others–a condition brought on by my resistance to corrective lenses.

Photo by David Travis on Unsplash