The most important thing a Dad can do for his kids 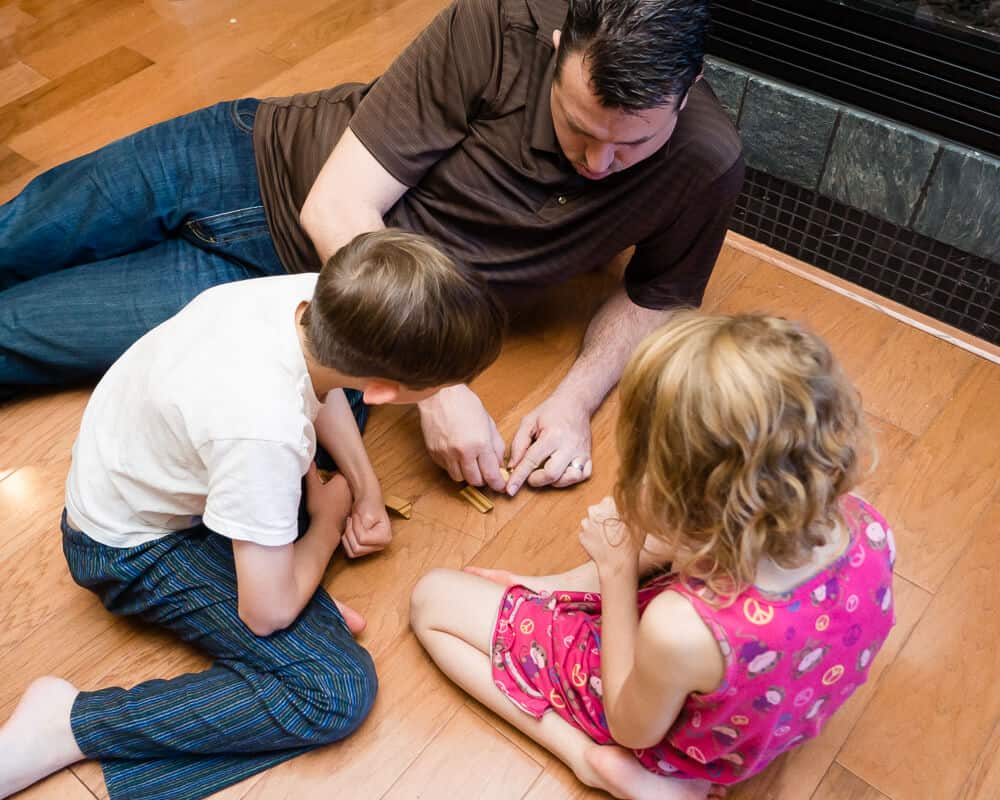 I was married young… too young.

To be honest, our relationship did not get off to a great start. I think most of the time when a couple marries at nineteen and has a child at twenty they are asking for things to be more challenging than they might have otherwise been. Still, we will celebrate our 30th anniversary this year. I’ll be honest, it has been hard. We have had plenty of challenges over the years. Heck, we are still having challenges. That is just part of life.

Adding five kids to a marriage doesn’t make it any easier. Kids start out cute but they slowly develop their own opinions and want to do things their own way. I’ve always tried hard to be an involved father though. I grew up with a father who worked a lot. He actually spent 10 years commuting to a job over 350 miles away which meant he was only home one or two days a week. The truth is, he was always gone about that much even when he worked close by.

So when I started having children, I was committed to being around. I’ve always spent time with them. But as I said, my wife and I didn’t have a great start. It actually was the kids that saved our marriage early on. My Mom and I had a close relationship so I am a firm believer that kids need their mother. This meant that if we ever split up, which was a real possibility in the early days, I wasn’t going to fight for custody. At the same time though, I couldn’t imagine being without my kids. There were times when this dynamic was what kept us together.

Several years into our marriage, I was at the airport heading to a business conference. As I was sitting, waiting for my plane, an elderly man who was in a chair next to me struck up a brief conversation.

Out of nowhere, he asked, “What is the most important thing you can do for your kids?” I was in my early 20s so, me having kids was far from a given.

Given my personal history with my Dad and the commitments I had made with my own children, I confidently responded, “Spend time with them.”

With a corrective demeanor, he responded, “Love their mother.”

That has stuck with me over the years. It was at such a crucial time in my life and marriage that I have often wondered if, as the author of Hebrews mentioned, I was “entertaining angels unawares.” Ultimately, it doesn’t matter if this gentleman was an incognito angel or a wise old man who had a burden to share his wisdom. The impact was powerful. It was so easy at that stage to love the toddlers and babies in my life but loving a wife, who had her own opinions, was much harder.

It does become easy to take for granted the intimacy we have developed over the years. In times of ease, one can certainly forget how hard things once were. It is also easy to forget the work that it takes to create and maintain intimacy especially when we are angry or are facing tremendous outside pressures.

This came to mind a couple of years back when I was doing some family counseling with my siblings, one in particular. The counselor commented on the differences in our marriages. Mine was more egalitarian and intimate and the other marriage was more, what she called “traditional”, meaning that it was more patriarchal and less intimate. She wasn’t being judgemental about this but seeking to help me to understand the differences in the relationships and approaches to life.

Around the same time, another family member confessed jealousy over the intimacy in my wife’s and my relationship.

The hard side of intimacy is that it means vulnerability and a greater possibility of hurt. In fact, it almost guarantees hurt at one level or another. But on the other hand, it makes relationships more rewarding.

Reflected in the Kids

My kids aren’t little children anymore. My oldest is now 29 and the youngest is 13. All of my children are teenagers or older. It has been rewarding to see how the “simple” act of loving their mother has shaped our family.

The most obvious benefit has been the security our children feel. A few years ago, our family went through a period of extreme insecurity due to some situational drama and trauma, introduced by extended family. There is no doubt that affected them. But, at the same time, they had security in our family and inside our home.

This stands out most clearly to me with the affections of my children. It is normal for my youngest daughter to like to cuddle next to her Daddy and to like to hug and give kisses on the cheek. This was especially true a few years ago in the times during and surrounding the drama. Friends also commented positively, though, about the affections of my middle son (15 years old at the time) son as he hugged me or liked to stick close. The same is true of my 29-year-old son. I think part of this is because I have always tried to be demonstrative with them. Also though, we have a family culture of intimacy that is founded upon me making the choice to love their mother and her simultaneously making the choice to love me. I think that has made all the difference.

This essay is from our Anastasis Series where we resurrect articles from the past that are either still relevant today. This piece was first published on September 17, 2018, and has been lightly edited and updated.