A Faith Worth Reviling 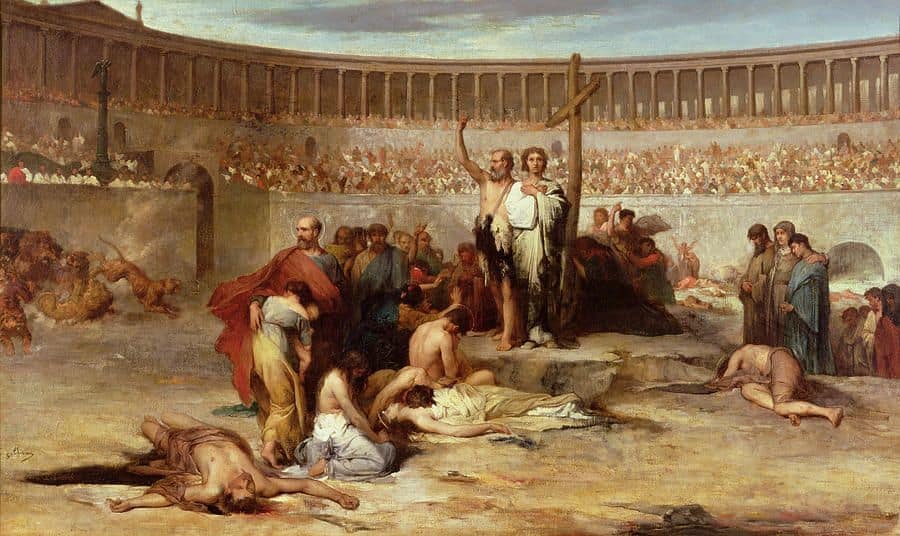 Four years ago, then-future President Donald John Trump gave a speech in Sioux Center, Iowa, that would define not only his presidential campaign but the next four years of his time in office. He could shoot someone in the middle of New York City’s Fifth Avenue, he said, and not lose his supporters.

During that same speech, he said something else that would define the next four years.

“And yet we don’t exert the power that we should have,” he said.

Move over, the meek, echoed between the lines. Your time to inherit the Earth is up.

Like everyone else who came of age with me in the evangelical subculture of the 90s and early aughts, I grew up hearing that one should expect an imminent spate of worldwide persecution against Christians, one that would be particularly concentrated in the United States. In retrospect, I don’t know how much of that rhetoric was genuine concern from conservative observers who didn’t know how to process changing cultural sands and how much was amplification by opportunists looking to make a buck or gain another inch of political power, but it persisted until some time when I was in college during the Bush II administration when the focus shifted from defending the idea of Christian values writ large to defending the administration as a supposed exemplar of said values.

A vote against the party, I was told, was voting against God.

Retrospect being the great leveler that it is, I now realize that Christianity as an institution and American Civil Religion (ACR) have been paired together a lot longer than my lifetime and that ACR has used the idea of Christianity as a convenient lever to support whatever party is in power, and in too many easily documented instances whatever atrocities they wish to support. Convince people that their very souls are staked to a concept and you can get them to throw everything they’ve got behind it.

And of course, this isn’t even a particularly American problem. The United States has become very good at it considering that it officially does not have a state religion, but state churches throughout history, and monarchs who would benefit from the idea of divine right, have found a good friend in claiming the people’s practice. Paired with the prosperity gospel’s message that health and wealth are proof of God’s blessing,  some conclusions about the course of history may seem inevitable.

It seems such a far cry from the vision presented in the epistles, during which “pray for the emperor” was more in line with “bless those who persecute you,” rather than an admonition to pray that those who have power continue to have it on your behalf. In the early days of the faith, Celsus wrote that Christianity was a religion for “low individuals,” whereas Marcus Cornelius Fronto said its adherents were the “dregs of society.” Others dismissed the members of the Way because they had granted women and the poor a far more egalitarian role than did their society at large.

But, in turn, consider how the Jesus movement of those days self-described itself.

“They dwell in their own countries, but simply as sojourners. As citizens, they share in all things with others and yet endure all things as if foreigners,” wrote the author of the Epistle of Diognetus. “Every foreign land is to them as their native country, and every land of their birth as a land of strangers. They marry, as do all others; they beget children; but they do not destroy their offspring. They have a common table, but not a common bed. They are in the flesh, but they do not live after the flesh. They pass their days on earth, but they are citizens of heaven. They obey the prescribed laws, and at the same time surpass the laws by their lives. They love all men and are persecuted by all. They are unknown and condemned; they are put to death and restored to life. They are poor yet make many rich; they are in lack of all things and yet abound in all; they are dishonored and yet in their very dishonor are glorified. They are evil spoken of and yet are justified; they are reviled and bless; they are insulted and repay the insult with honor; they do good yet are punished as evildoers. When punished, they rejoice as if quickened into life; they are assailed by the Jews as foreigners and are persecuted by the Greeks; yet those who hate them are unable to assign any reason for their hatred. To sum it all up in one word — what the soul is to the body, that are Christians in the world.”

In both instances, the critical and laudatory, there are plenty of surviving testimonies. Power, however, was not a concern addressed. The early Church instead seemed to focus on witness and praxis, which at times bordered on obsessive when it came to class consciousness. Multiple New Testament books – including 1 Corinthians, the oldest book of the New Testament – have passages that specifically berate the wealthy and comfortable (i.e. the powerful) who do not discern the needs of the poor. The Didascalia even orders bishops to give up their chair should a poor person enter the liturgy.

Contrasted with the Christianity of the moment, I wonder if the early followers of The Way would recognize that what passes for the usual practice of our day is supposed to be the same religion.

A significant portion of the problem has been decoupling the faith from the community, which – in the early days – understood all things were held in common, including injuries to one or another. The development of the idea of an individual who is alone with Jesus even as he died “for many” allows one to slide away not only from the idea of common faith but of common concern outside the doors of the nave.

I saw a bumper sticker today that sums up the problem; it read, “Jesus is my savior and Trump is my President.” Nevermind the apparent conflation of the two ideas, but here the concern of relationship with Christ is given the same kind of weight as are personal political convictions. The bumper sticker could have just as easily read “Barack Obama” and the issue would have been the same – in its expression, faith, like politics, is a team choice that does not “honor all men.”

I am not one who harbors fantasies that the early church existed in a pure state. It surely did not, which is why we have the early corrective epistles that make up the New Testament and the patristic record. I would wonder, however, at a day in which the testimony about public Christianity can be so different.

I do not contend that one should give up their political opinions, or that they should become separatists. I am, however, interested in a reformation of return, one in which we can live up to our public prayers, in which people can actually scorn us for the way we treat all people well.