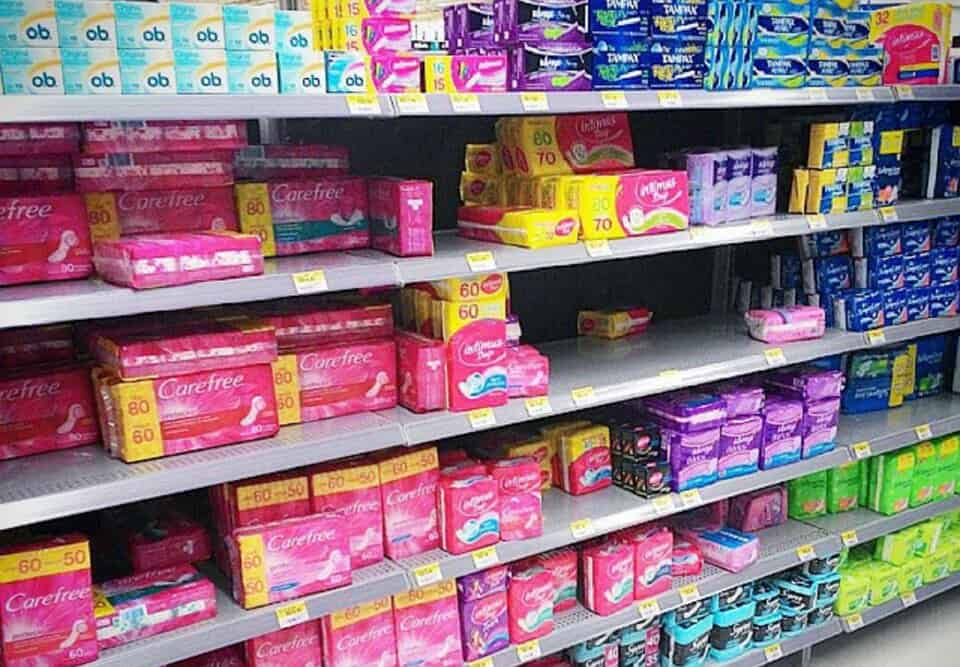 Mary Frances Schjonberg of Episcopal News Service writes that pads and tampons are not seen as a necessity by lawmakers. A majority of states still classify menstrual products as “luxury” items subject to sales tax. Tampon taxes contribute to higher prices, and without financial support from the government, there is a limit to how much help Episcopal churches can provide.

Twenty-three percent of students ages 13-19 struggled to afford menstrual products and 51% had worn such products longer than is recommended, according to “State of the Period 2021.” A separate survey of low-income women by the Journal of Obstetrics & Gynecology found that nearly two-thirds were unable to buy the tampons or pads they needed at some point in the previous year.

The indignity associated with inaccessible period products leads to missed school and missed work, and embarrassment and shame. Yet, the enormity of menstrual inequity, at least in the United States, often remains hidden.

Kenzie Blackwell founded the Episcopal Parish of St. John the Evangelist’s Free. ministry after having a “Mack Truck moment.” During a visit to a Boston-area nonprofit that distributes hygiene products to teenagers she saw a small pallet of supplies and asked organizers if they needed more. Yes, was the answer, they could not keep them in stock.

“The world shifted under my feet,” Blackwell said, as she heard that girls were missing school or dropping out because they did not have the period products they needed.

The Rev. Suzanne M. Culhane started the Tampon Trunk at St. Philip’s Church in Dyker Heights, Brooklyn, where she is priest-in-charge, after two mothers approached her on the street at the start of the pandemic asking for help buying tampons for their adolescent daughters, and then around Thanksgiving 2020, a third mother came to her parish requesting similar help.