Franklin Graham likens Republicans who voted for Impeachment to Judas 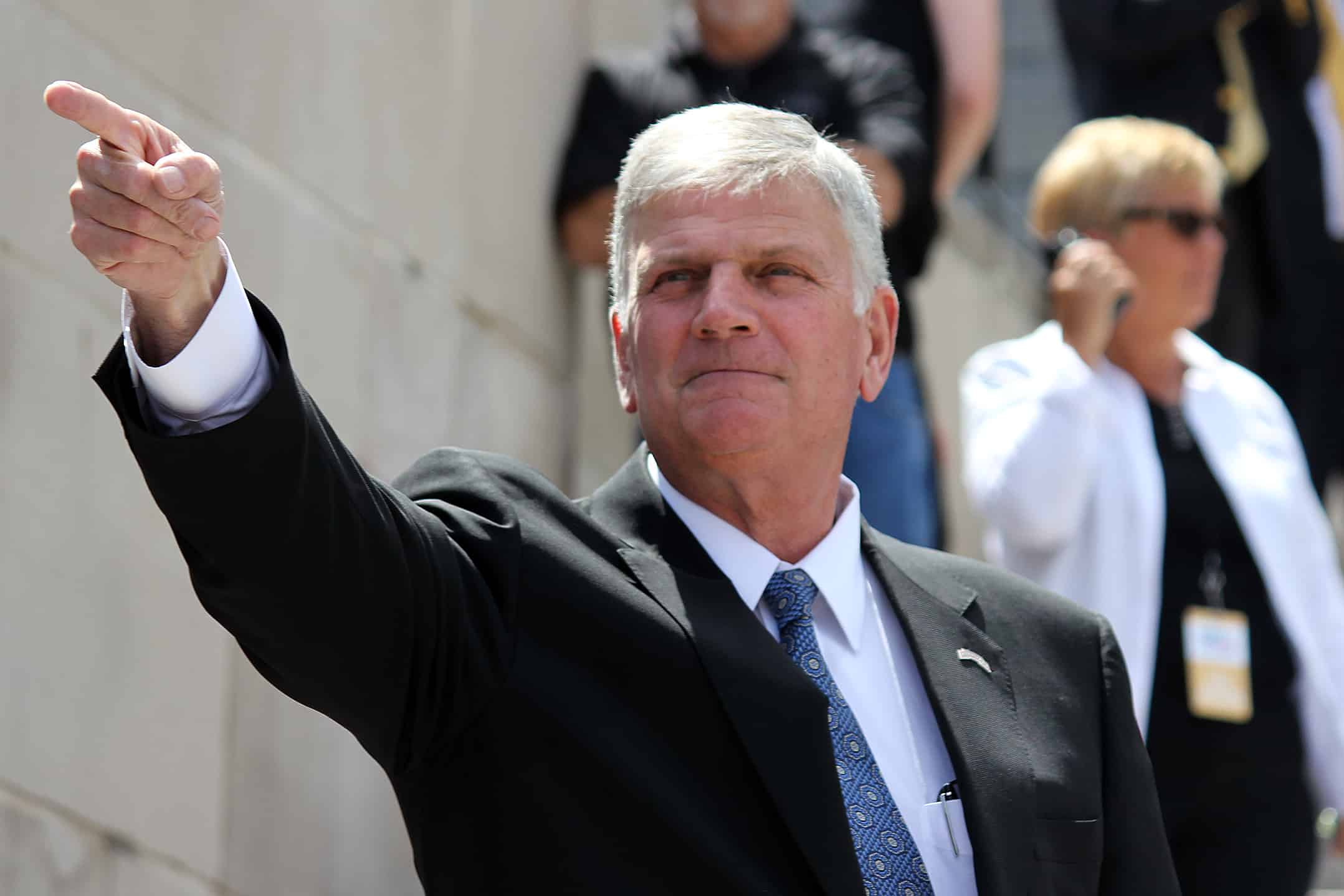 Franklin Graham has been a strong supporter of President Donald Trump since he ascended to lead the large Republican field prior to the 2016 election. For some evangelical Christians, this has been a point of contention, but most of evangelicalism has been just as devoted.

The narrative around Trump has been shifting since the Capitol riots on January 6th as the support of some Republican lawmakers has evaporated. This doesn’t please Graham who took a shot at these lawmakers in a Facebook post that now has over 250,000 likes.

“Shame, shame on the ten Republicans who joined with Speaker Nancy Pelosi and the Democrats in impeaching President Trump yesterday,” Graham wrote in a Facebook post published Thursday afternoon. “After all that he has done for our country, you would turn your back and betray him so quickly?”

Graham went on to say there has “never” been a president like Trump, whom he praised for leading the way in lowering Americans’ taxes, building a strong economy, presiding over record-low unemployment, signing into law major prison reform, defeating ISIS, and securing the country’s southern border.

The 68-year-old Graham said the sole reason Democrats moved this week to impeach Trump — a move that followed a violent riot inside the U.S. Capitol on Jan. 6 — is because “they hate him and want to do as much damage as they can” as he prepares to leave office Jan. 20, when President-elect Joe Biden will be inaugurated.

“These ten, from [Trump’s] own party, joined in the feeding frenzy,” wrote Graham. “It makes you wonder what the thirty pieces of silver were that Speaker Pelosi promised for this betrayal.”

But, even with metaphors that liken Trump to Christ Graham still has to acknowledge the difference.

The son of the late evangelist Billy Graham went on to admit Trump “isn’t a perfect person,” adding, he doesn’t “support or agree with some of the things the president has said and [done] the last couple of weeks.”

“January 6 was a low point in his presidency,” Graham conceded. “We knew he had flaws when he ran for office in 2016. But I, and millions of others, voted for him because of the platform and policies he promised. I still support those.”