Have We Seen Justice In The Trial Of Ahmaud Arbery’s Slaughterers? 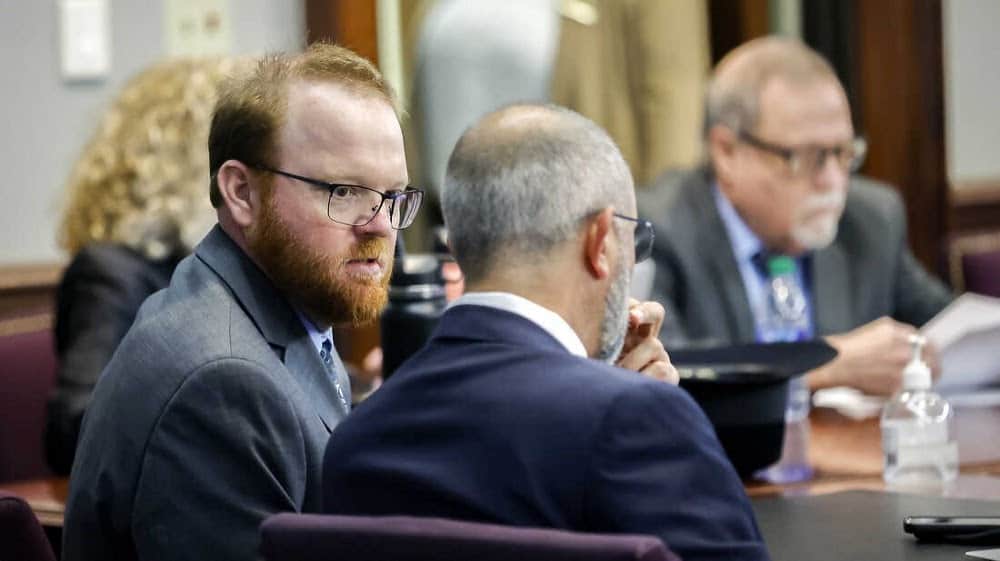 YouTube Video Showing All Three Suspects Of The Ahmaud Arbery Killing Being Sentenced In Court.

January 7, 2022, three men responsible for the February 2020 stalking and shooting death of 25-year-old Ahmaud Arbery were subsequently sentenced to life in prison without parole.

Mr. Arbery was unarmed as he jogged in Satilla Shores (a neighborhood near Brunswick). He attempted to fight one of the attackers trying to subdue him but he was gunned down by suspect Travis McMichael. Sentencing came after 23 months when Father Gregory and son Travis McMichael armed themselves, stalked Arbery throughout a neighborhood in southern Georgia along with their neighbor/accomplice, William “Roddie” Bryan.

Travis McMichael, left, consults with his lawyer Jason B. Sheffield, center, during sentencing on Friday. McMichael and father Greg McMichael and neighbor William “Roddie” Bryan were all sentenced to life in prison.

Mr. Arbery was out jogging when he was profiled by the perpetrators. The three men had suspected Arbery was up to no good, so they proceeded to tail him. The men followed him in their truck with guns drawn after Arbery jogged past them. Gregory McMichael told the cops that “he thought Mr. Arbery looked like a man suspected in several break-ins in the area”.

The McMichael’s were found guilty of several homicide infractions and are now serving life sentences without the possibility of parole. The third perpetrator, Bryan, received a life sentence with the chance of parole after serving at least 30 years imprisonment.

An underlying issue is many of these murders of Black people are simply for the reason of being black in America, numerous questions remain at large. Chief among them: “Has justice truly been done”?

Jemar Tisby writes for CNN that justice is far-fetched from where it should stand:

Barring the death penalty, the life sentences handed down in the Arbery case are the maximum allowed; the legal system’s highest form of accountability. The penalties represent the judgment of the court that these three men committed a crime and should face the consequences of their actions.

It’s chilling to realize these men were nearly never arrested. It took 74 days for charges to even be filed. Only a shaky cell phone video, recorded by Bryan, became the difference between the killers living the rest of their lives in freedom or in prison. It was the footage, leaked after weeks of inaction by local authorities, that brought a national outcry and, eventually, charges.

In the present racial climate, it is fair to ask the question, “Do Black lives matter … without video evidence?”