How is the Church treating Jesus? 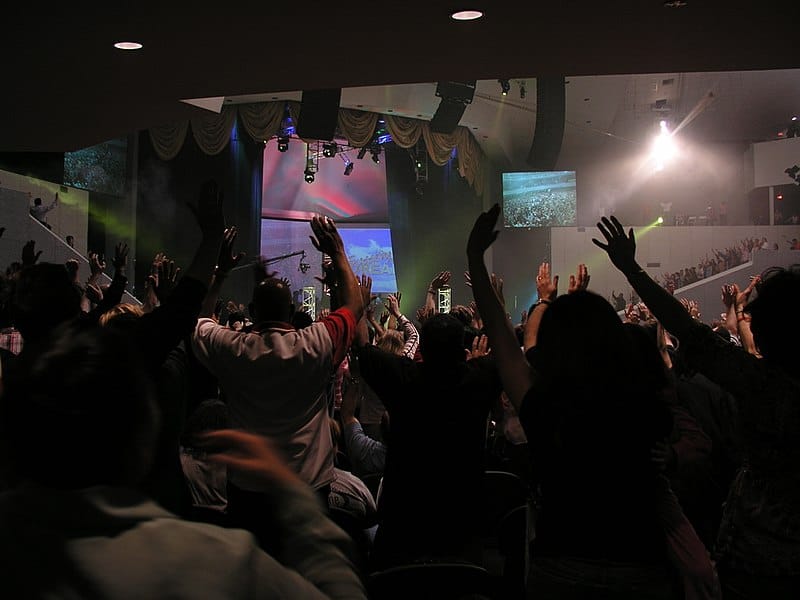 I said the above statement about five years ago, affirming the institutional model of a large church in my area. There was no thought of anything different. I was convinced that the way to reach people in the city was best applied by a church being as large as possible. I would have never had a problem with the term “pastor CEO,” “we’re all about the numbers,” or “attractional church.” In general, to me, a healthy church was a large church.

It was not just a belief of mine, though. I felt strongly called to it. I wanted to be a “pastor CEO” of a large attractional church. My belief held firm because it was also my dream. When someone’s feelings, passions, dreams, and callings are dependent on them maintaining their beliefs, it takes nothing short of an act of God to change course. When families and salaries are also involved, it becomes impossible.

For me, there was no current salary. I had a wife, but no kids yet. Thankfully, I had an open heart for God’s Spirit to change the course of my life.

That is exactly what He did. As I have previously written, I read The Shaping of Things to Come by Alan Hirsch and Michael Frost in 2019. I remember reading in my bed late at night and having to set the book down, pick it back up, and set it back down as the Holy Spirit continued to convict me. Here is a quote from the book that stuck out to me and bothered me so much that I marked it and wrote “hmm”:

“Christianity was at its most effective and most true to its nature as the people of God when it did not own any buildings. It was Christendom that gave us beautiful buildings and cathedrals and steeples and pews; all these have shaped us and imprisoned us and kept us from discovering real community for so long that it must be called a tragedy.”

I was on my way to using my business knowledge (from my undergraduate degree in Business Administration) and pastoral calling to plant a church, convincing myself that it would be “my own blueprint,” but the structure was going to be the same as every other church. In early 2019, I created a “launch plan” that included choosing a church network, the stages when I would hire certain positions, how many people I wanted to attend projected by year, and the deadlines for moving from a house to a building for lease to a building we owned, etc. I had a strategy in place to “reach the community for Jesus,” but I forgot something crucial… I was interested in growing, but not making disciples.

To be clear, there are well-meaning and godly men and women who are making disciples in attractional/institutional churches. After all, I am one of those disciples. I have had SO many experiences and messages from God within this model of church. The Holy Spirit by no means looks at these models and chooses not to move within them. No, the Spirit uses every opportunity the Spirit gets.

However, my view is that God has “accommodated” these models. Divine Accommodation is a doctrine that argues that even when His people are not perfectly expressing His goodness, He accommodates them. Slowly and without coercion, God nudges us toward a better understanding and greater knowledge of Himself. Some call this “progressive revelation.”

God has been accommodating since Adam and Eve. Frequently in the Torah (first five books in the Old Testament), in several places, it says animal sacrifices produced a “pleasing aroma” to God and took away sins. However, in a Psalm of David, he wrote, “Sacrifice and offering you do not desire, but you have given me an open ear. Burnt offering and sin offering you have not required” (Psalm 40:6-8). The author of Hebrews quotes David and adds, “The law has only a shadow of the good things to come, and not the actual form of those realities… For it is impossible for the blood of bulls and goats to take away sins” (See Hebrews 10:1-10). God was accommodating to the Ancient Near East expressions of sacrifice while slowly moving them toward Him. We get a glimpse of God’s true desires with David, and then get a crystal clear picture with the author of Hebrews.

As we know with Jesus, He is the perfect revelation of God. Whatever we see in Jesus is God’s perfect revelation. Somehow, however, we have books in the Bible that quote Jesus, but we still can’t seem to get it. God, in His patience and mercy, is still accommodating His people, seeking to maintain a relationship with us without coercing us into obedience. To force obedience is to take away free will which is to take away the opportunity for authentic love.

With the scandals, reports of abuse, narcissism, polarization, and lack of discipleship evident throughout the institutional church, I think there is a clear problem with the system that continually breeds these issues.

In a similar fashion to the way systemic racism exists in America, there are systemic church problems in the way the institutional church operates. There is no asking questions, no rethinking its structure, no accountability — just church puppets in the hands of an angry pastor.

Again, I’m not totally and completely against this model. After what I just said, you may ask: “Why?” It’s simple: I have seen God move and people’s lives changed by Jesus in this model. And even now, there are sincere people and individual churches who are exceptions to the rule. God is accommodating.

But, I also want to be clear: it’s a problem. There are legitimate reasons people are leaving the church in droves. These are not anti-Jesus people leaving either; they are usually intellectual, logical individuals who often leave because they see Jesus more outside the church than within.

It’s time for more incarnational/missional communities. Personally, I desire something intimate, not surface level. I want to talk about problems with the Bible, Old Testament violence, Young-Earth vs. Evolution, Hell, Ecumenical cross-denomination conversations, Zionism/Nationalism, Pacifism, and why the church in the West is shrinking.

Even more important than above is the question: How is the church treating Jesus? Here are some astonishing words from Jesus in Matthew 25:31-45:

“When the Son of Man comes in His glory, and all the angels with Him, then He will sit on the throne of His glory. All the nations will be gathered before Him, and He will separate them one from another, just as a shepherd separates the sheep from the goats. He will put the sheep on His right and the goats on the left. Then the King will say to those on His right, ‘Come, you who are blessed by My Father, inherit the kingdom prepared for you from the foundation of the world.

“And the King will answer them, ‘I assure you: Whatever you did for one of the least of these brothers and sisters of Mine, you did for Me.’ Then He will also say to those on the left, ‘Depart from Me, you who are cursed, into the eternal fire prepared for the Devil and his angels!

“Then they too will answer, ‘Lord, when did we see You hungry, or thirsty, or a stranger, or without clothes, or sick, or in prison, and not help You?’

For those reading this, if you have ever left a church because they would rather spend their money, time, and resources on growing their numbers but not on the poor, needy, and oppressed, then, according to Jesus, they are cursed to hell to be with the Devil and his angels (that is, demons).

What if the church gave its funds directly to refugees, the homeless, orphans, the poor, and widows instead of a third screen or the pastor’s new office furniture?

Isn’t that what the church was about for the first three centuries? Once we attained power, we developed the same issues as all others. Friends, the church is different. We show our love by laying our life down. We are not militaristic or power-hungry; we are crosslike.

It is pretty clear to me now that my business mindset works for business, but not for Christ’s Ekklesia. No more wining and dining the big givers. No more favoritism. Our mission is to bring God’s Kingdom to earth now. To be stewards of this calling may mean doing something entirely different. To go forward may mean to go backward and live like “The Way” did in Acts. It means living out a movement that has been exploding for over 2,000 years. There are authentic expressions still happening in China, Iran, India, and around the world.

What are we doing to bring it to the West?

It took Jesus three years to deeply implant His mission with the 12 disciples. Are we willing to only have 12 people in our church for three years?

In other words, according to JR Woodward and Dan White Jr. in The Church As Movement , “you can do more with twelve disciples than twelve thousand religious consumers.” Are we willing to let go of our image and reputation and focus on God giving the increase in His time? If we are, we can change the world.