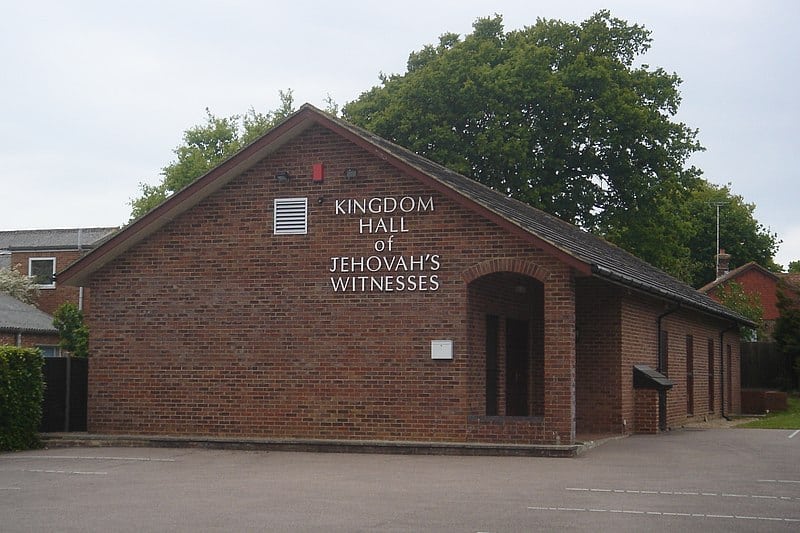 The pandemic put a pause to it, but the Jehovah’s Witnesses, long known for their door-to-door evangelism, will soon be ringing their neighbors’ doorbells once again.

During the height of the COVID pandemic, the group had put pounding the pavement for proselytes on hold, instead using phone calls, Zoom sessions and even snail mail to spread their message.

The cessation of door-to-door missionary work was unprecedented for the group; it was something that the Witnesses had done unabated for more than 100 years.

But the hiatus is now over. Starting in September, the missionaries will once again be walking up to their neighbor’s front stoops and knocking as part of their practice. Bronx News 12 reports:

Now with the pandemic slowing down, they’ll be back to their usual door to door routine starting Sept. 1.

Anthony Scandiffio is the minister of the congregation’s Kingdom Hall in Baychester. He says he’s been knocking on doors for almost 50 years.

“To be able to come to their homes, to give them some comfort and show them that God still cares about us and that there’s hope for the future is very exciting,” he said.

They know that not everyone may open the door to them.

The resumption of door-to-door work will coincide with the Watchtower Society’s launch of “a global campaign featuring an interactive program for Bible study,” News 10 reports.

The resumption of Jehovah’s Witnesses activities has been phased in across the year. Kingdom Halls reopened on April 1, and some public witnessing practices began anew on May 31. News 10 continues:

“We believe that the early decision to shut down all in-person activities for more than two years has saved many lives,” said Robert Hendriks, U.S. spokesperson for Jehovah’s Witnesses. “We’re now ready and eager to reconnect with our neighbors once again – person-to-person, face-to-face. It’s not the only way that we preach, but it has historically been the most effective way to deliver our message of comfort and hope.”