Imagine for a moment, what it would be like to pour a gallon of gasoline onto the floor of your home, and then drop a lit match. Can you see it? That’s what the past week has been like in America after the leaking of the Supreme Court’s intent to overturn Roe v. Wade.

“Politico published a 98-page draft opinion written by Alito in the Mississippi case that would strike down Roe and Casey if finalized by most justices. Alito writes that Roe was “egregiously wrong from the start” and “must be overruled.”

“The Constitution makes no reference to abortion, and no such right is implicitly protected by any constitutional provision, including the one on which the defenders of Roe and Casey now chiefly rely — the Due Process Clause of the Fourteenth Amendment,” Alito writes. “That provision has been held to guarantee some rights that are not mentioned in the Constitution, but any such right must be ‘deeply rooted in this Nation’s history and tradition’ and ‘implicit in the concept of ordered liberty’ … The right to abortion does not fall within this category.”

The leak of the draft opinion, unprecedented in modern times, sets off a firestorm of controversy and protests from supporters of abortion rights and Democratic lawmakers. Roberts, the chief justice, says the leak is a “betrayal” of trust and orders an investigation into its release.

The Supreme Court’s final ruling is expected by the end of the court’s term, in late June or July.”

Supporters of SCOTUS decision are making even more motions to limit resources to people who don’t wish to continue their pregnancies and even birth control. Without clauses for rape, ectopic pregnancies, or viability, women will have few options when it comes to making decisions for themselves and their pregnancies.  What this means for women in America is still a little uncertain, with extremists likening these decisions to the forced sterilization of Indigenous females in the not-so-distant past, and possible forced birthing scenarios like the Handmaids Tale of a dystopian future.

Opponents of this ruling have reacted en force. Since the ruling was leaked, protests have erupted all over the country with “Bans off our bodies” signs leading the way to the Supreme Court steps. The social platform TikTok is flooded with organizers and human rights activists as well as lawyers and politicians arguing about the violation of the right to privacy that was the foundation of Roe. 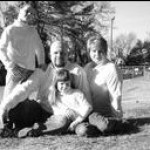