The March for Life highlights a movement at a crossroads. 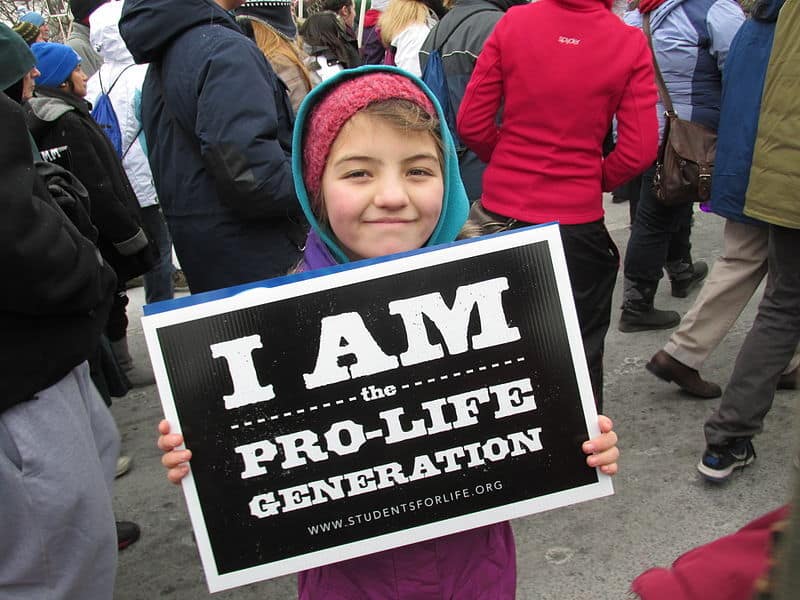 The March for Life was started in 1974, the first year after the Roe v. Wade decision; its formation was spearheaded by Catholic activist Nellie Gray. For the first several decades, the march drew tens of thousands of participants but in more recent years has drawn hundreds of thousands. Estimates of attendance are as high as 650,000 for 2013. Last year, President Donald Trump brought a lot of attention to the march by being the first sitting president to speak at the march. The post-Trump years, though, may lead to transition for the movement.

Michelle Boorstein and Samantha Schmidt write in the Washington Post:

This year’s March for Life comes as the antiabortion movement appears to be at a crossroads.

In the eyes of many abortion opponents, President Donald Trump was a historical game changer, giving them not only three Supreme Court justices believed to be sympathetic to overturning Roe v. Wade, but dozens of more conservative lower-court judges. Advocates trust these judges will be more respectful toward the dozens of abortion restriction measures that have been enacted to date. Although Trump favored abortion rights before becoming president, as president he spoke more explicitly than many recent GOP leaders against abortion. And his appearance at the march last year — the first sitting president to do so — drew huge crowds.

Not all were happy with the tenor of the march over the last few years. The conflation of Trump support and the pro-life movement generated some difficult situations and extreme polemics.

For other abortion opponents, however, Trump’s tenure reinforced the perception that the institutional movement had become too heavily partisan. The march itself had become a place where Trump clothing and signs were common and where allies who wanted to protest other issues, such as the death penalty, were sometimes shouted down. They see Trump’s downplaying of a coronavirus pandemic that has killed more than 400,000 Americans, his ramping up of federal executions and his push for a border policy that led to thousands of children being separated from their families as having poisoned efforts to draw new people to their cause.

“I don’t personally know anyone who was won over to the pro-life mind-set by Trump. I also think he drove people who were in the middle on this subject farther away from considering the pro-life stance. Many called him a hypocrite because he did not appear to respect the dignity of all human beings,” said Lisa McInerny of Lincoln, Neb., where she works in her Catholic parish on antiabortion efforts.