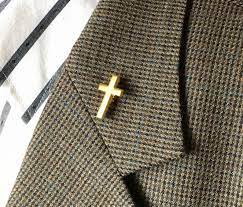 Derek Timms, a volunteer chaplain in Birmingham, U.K., has been known to wear a half-inch Christian cross while comforting patients at Solihull Marie Curie hospice.

In September — even though he never received complaints about wearing the cross — he was forbidden from wearing it as a new Methodist minister at the hospice told him that it can create a distance between Timms and the patients. When Timms refused to comply, he was told that he would require ‘re-training’ and also, he would not be permitted to continue working in the role of a chaplain.

Later, the hospice apologized to Timms and stated that there is no such policy in the institution that bans religious symbols.

Retired businessman Derek Timms spent five years comforting terminally ill patients and their families at the Solihull Marie Curie hospice in Birmingham, wearing a tiny half-inch pin on his jumper as a symbol of his faith.

(The new chaplain) Dee Yeadon told Mr Timms: ‘No religious symbols should be worn by those engaged in spiritual care. We need to be there for people of all faiths and none.’

Mr Timms vowed to keep the cross as it showed he was a ‘Christian chaplain’ and questioned whether the same rule applied to Sikhs with turbans and Muslims wearing a burka or prayer dress.

But with the support of the Christian Legal Centre, Mr Timms eventually received an ‘unreserved apology’ from Marie Curie.

The charity also admitted it had no policy on banning religious symbols and the request had been made in error.