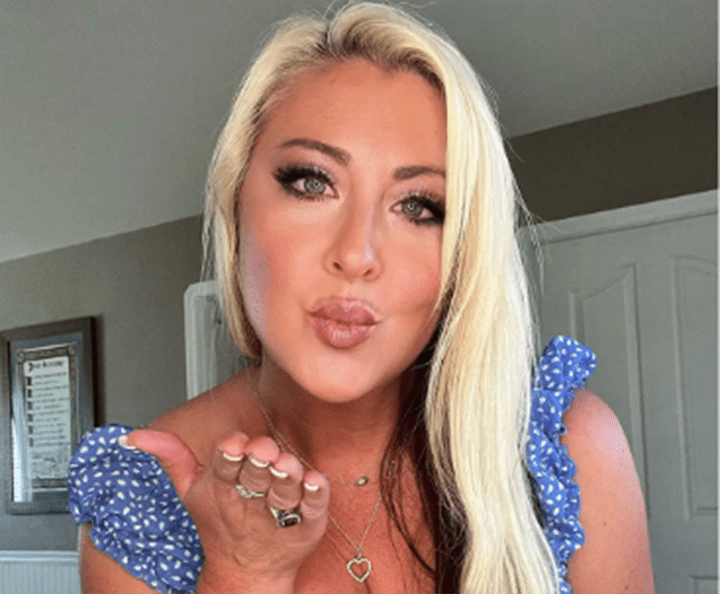 Lots of people believe God has a plan for their life. For one woman, she believes that plan is stripping until she is in her 70s.

Nita Marie is a top earner on OnlyFans, earning a reported $120,000 a month. What makes her stand out to many people is her Christian faith.

The New York Post reports that some people have criticized Marie for her choice of a performance career, but she says she’s received Divine direction about it.

The curvy content creator claims she has regular conversations with God to ask whether he is happy with her X-rated exploits.

“I asked God if he wanted me to continue [stripping], and the answer was always yes,” Marie insisted.

Marie says her faith began when she was a child. She said she had a dream about Jesus that led her to belief.

“God is guiding me through my OnlyFans career, and he said I should continue creating content until my 70s,” Marie told Jam Press in an interview on Thursday.

“To me, sexuality is a huge part of my faith,” she further declared. “When we experience an orgasm with someone else, we share a small part of how God feels about us.”

Although she’s a devout Christian, Marie believes that the Bible is “misogynistic” as it was written during a time when women were not allowed to read or write.

As a result, she’s made it a mission to help women embrace their sexuality.

And the stunner says God wants her to keep up her OnlyFans account until she’s a senior citizen, in order to empower older women to continue feeling beautiful and enjoying sex.