Alan Noble’s Disruptive Anthropology- A Review of You Are Not Your Own: Belonging to God in an Inhuman World. 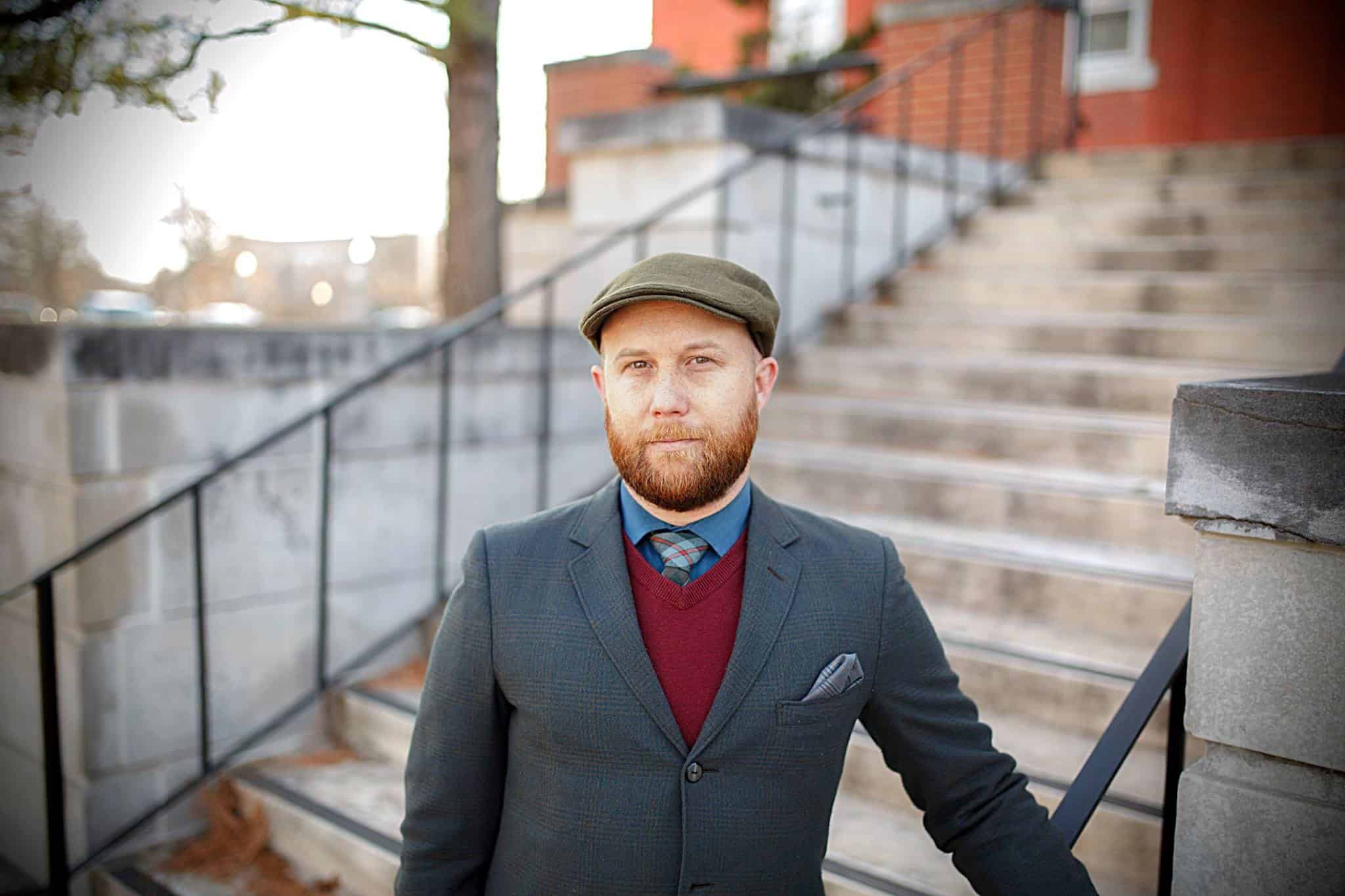 In junior high school, I was subjected to the ramblings of a history instructor who seemed almost inspired by the misguided romanticism of the Antebellum South in America. One of his lectures went on about the myth of love shared between slaves and their benevolent masters. I remember raising my hand and pointing out to the class and to my flabbergasted teacher that despite all these imagined benefits to slavery, that in fact, these people were still slaves. It was at this point that I was promptly dismissed from the class by my teacher for being obnoxious. I am now even more convinced that the intended disposition of humanity is freedom. Indeed, history rightly understood should inform all people of the truth that the Divine design for humanity is freedom no matter how benevolent the masters—be they human or God. 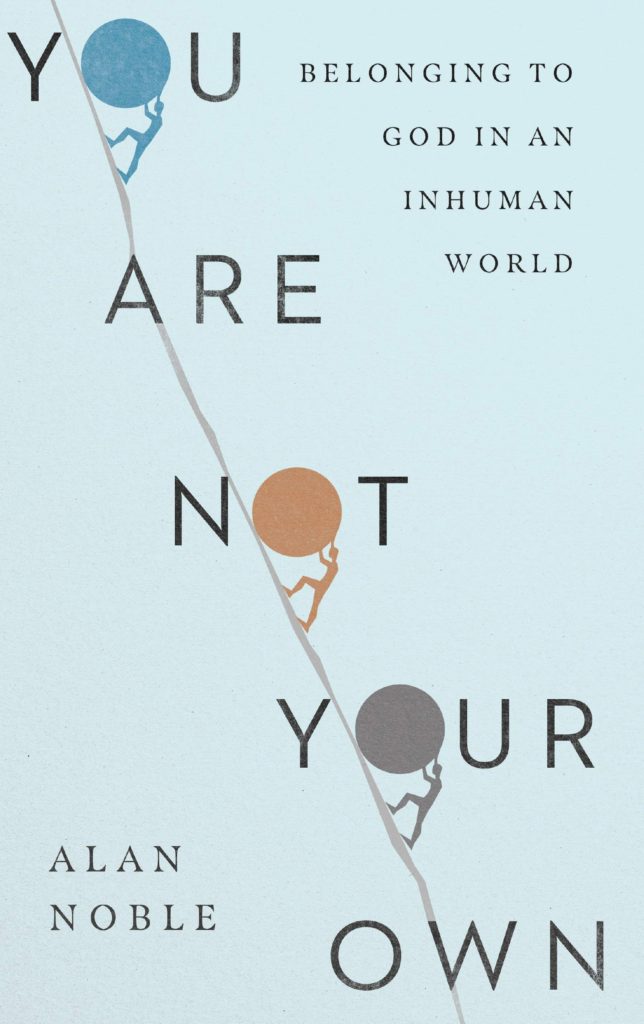 These tensions of human autonomy and Divine Sovereignty with all the complicated implications is on full display in Alan Noble’s latest offering, You Are Not Your Own: Belonging to God in an Inhuman World. Dr. Noble takes on the difficult subject of Christian anthropology with all its real-world difficulties without apology. Noble tackles the perennial existential question that continues to plague humanity, specifically, “why are we here and for what purpose does our lives exist?” Noble frames the question with the juxtaposition of “our awareness of society’s inhumanity and our inability to imagine a way out of it,” hypothesizing that while most of us are aware of this dichotomy “either we don’t care, or we don’t think we can do anything about it. So, the mode that best describes our day-to-day experience is ‘survival.’”

This is not a book for those seeking to avoid further deepening the ubiquitous societal depression of our age. I had difficulty making it through the first part of the book, as Noble writes with a skillful accuracy that would bring glee to even the most pessimistic among us. His examples reveal the common techniques society employs to answer the primal questions of the philosophical canon. In this way, Dr. Noble is less like a cultural surgeon attempting to save the patient’s life and more like a coroner conducting a cultural autopsy.  Seriously, the book should have a trigger warning as it saves the prescriptions of hope for the concluding chapters, and some readers may not make it that far, as the diagnosis is grim, and the prognosis involves taking a theological pill that some may find hard to swallow.

While as a Christian I agree with most of the content of the book, I struggle to reconcile some of the assumptions Noble makes about, as he describes it, “a life lived before God,” because for centuries some of these assumptions have served not as a liberating force of truth, but as simply another technique of oppression. While those readers who embrace the perspective that humanity is not just broken, but fundamentally so, this book will serve to reinforce those pre-suppositions, but for those who subscribe more to an original blessing orientation instead of an original sin orthodoxy, some of the conclusions of Noble’s book may be problematic.  For example, Noble writes at length about the societal cost of living a less autonomous life in favor of a life defined by “our responsibilities to God, the church, our family, and our neighbors.” [Obligations that will require some] “…to tolerate loneliness, to accept abstinence for a season or a lifetime, to live where we don’t want to live, to work a job we don’t enjoy, to give up comforts we love, to let go of honorable dreams and passions, to physically suffer, to forgo thanks and recognition, to lend money without expecting repayment, to allow our rights to be infringed upon.” This kind of manifesto doesn’t represent the entirety of the gospel of Christ—a message that was heralded as “Good news for the poor” but has served historically as the mantra of those with power seeking to further exploit the powerless. Despots relish those religions and philosophical perspectives that encourage people to relinquish their rights, as it makes oppression that much easier.

While Noble does address these concerns in his book when he writes, “one of the ways abuse is perpetuated is by grooming victims into believing that they are not their own,” he misses an opportunity to widen the discussion of the historical Church’s responsibility in diminishing the light of the Imago Dei. For instance, any discussion of Christian anthropology that finds a justification in Paul’s writings using the analogy of slavery, as Noble does by referencing 1 Corinthians 6:20 is enigmatic. Although this exegesis acknowledges the analogy of slavery as a guide to Christian identity that “reaches its limit” and is troubling as indicated by “the lack of personhood behind the idea of human ‘things,’” Noble doesn’t dismiss this analogy out of hand but uses it as a premise for advancing a better alternative for human purpose. This is problematic because this is the kind of theological thinking that justified treating human beings as chattel for centuries.

Further, the analysis doesn’t address numerous biblical passages that challenge the assumption that what God extends to humanity isn’t simply another technique of human flourishing that ends up enslaving, but rather a gospel that sets people free to enjoy God’s good creation. Even the aforementioned Apostle Paul seems compelled to render a far more vigorous analogy, one that is far more liberating and powerful in his earliest of writings in Galatians 4:7 NIV: “So you are no longer a slave, but God’s child; and since you are his child, God has made you also an heir.” In my estimation this is a much more full-bodied example of God’s designs for Christian anthropology; we are no longer slaves to sin to simply trade one master for another in Christ, but rather we are now children of a good Father with all the privileges and rights of that identity.

This different reading of I Corinthians 6:20 supports an interpretation which allows the notion that humanity was enslaved to sin, but then our freedom was purchased by Christ. And once liberated in Christ we are adopted into the family of the Triune God with a loving Father, Holy Spirit Mother, and Son as our Elder Brother, with siblings in abundance in the Church of Jesus Christ. This kind of reading avoids the exploitation of unrighteous systems, structures, and people that seek to further marginalize the less than powerful, and more fully demonstrates the truth of Christ’s proclamations, “So if the Son sets you free, you will be free indeed” and “I no longer call you slaves, because a master doesn’t confide in his slaves. Now you are my friends…” (John 8:36 NIV, John 15:15 NLT).

If readers are willing to navigate these few difficult analogies, You Are Not Your Own does provide some beautiful expressions of what it means to be fully human—for example, the brilliance of the book is demonstrated in that it gives humanity a viable alternative to the tragic life depicted in The Myth of Sisyphus (where the book’s cover design finds inspiration) who was “damned to spend eternity pushing a boulder up a mountain, only to watch it roll down again.” Noble points to the philosophy of Albert Camus, when he observes “the struggle itself toward the heights is enough to fill a man’s heart. One must imagine Sisyphus happy.” Noble skillfully demonstrates that human innovation is incapable of sustaining this happy imagination, but instead should find its purpose in Christ.

My specific critiques should not distract from this larger point of the book. The gospel of Christ does present a more compelling vision for human purpose than the innumerable techniques of culture and society, and to that end I enthusiastically recommend reading and rereading You Are Not Your Own. It could be that my personal complicated feelings with a few portions of the book is simply my human nature shaped by western ideas of autonomy chafing under the expectations of a holy God, or as Noble explains, “when you go against the grain of nature, you are bound to get splinters.”

Alan Noble’s intellect is on full display on every page of You Are Not Your Own, an intellect that directs his wrestling with a more fully realized understanding of what it means to be human and is reflective of a Christian theological perspective that can be simultaneously inviting as it is problematic. In my estimation what is missing from this work is a greater acknowledgment of the historical and therefore emotional baggage that accompanies some of these propositions. Alan Noble brilliantly echoes The Heidelberg Catechism’s famous refrain, “I am not my own.” But I believe a more robust reading of ancient Christian creeds and the gospel witness of Scripture adds to this an even more profound invitation to belong to the family of God – “I am not alone.” God’s design for humanity isn’t slavery, but rather He intends for us to flourish as the children of a loving Father through our relationship with Christ.