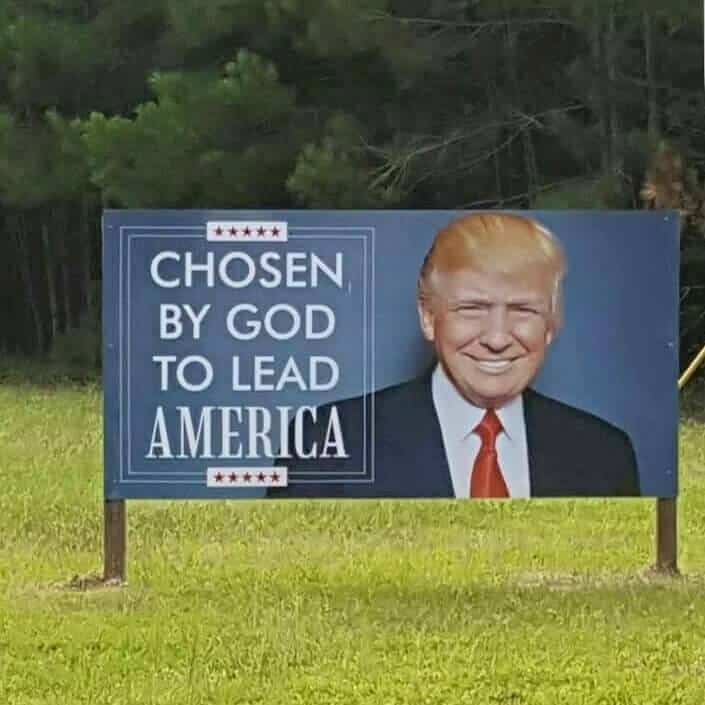 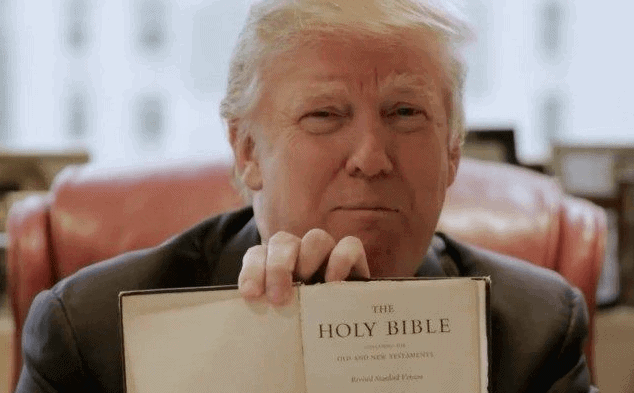 Every once in a while I run across an article that I wish I would have written. “In Love with Donald Trump” written by Rev. Robert Cunningham of Tates Creek Presbyterian Church is one such article. I loved it so much I even used the same photo that Cunningham used….it really was the perfect choice. It was written back in March when the evangelical devotion to Donald Trump was emerging but still contested. He rightly points out that we follow our loves more than our stated beliefs and that even if we know what Trump is saying is wrong he plays to the passions (loves) that we have developed over the last several decades. It is a great article, make sure you read it!

I ran across this article in my Facebook feed because someone had posted it to Andy Crouch’s (editor of Christianity Today) wall. Crouch is no supporter of Trump. But, like many evangelical leaders he is invested in the Myth of Trump Evangelicals. The basic claim is that the evangelicals that support Trump aren’t really evangelicals. They claim the name but don’t go to church or read their Bible.

The Myth is a Myth

The problem is that the numbers don’t support that claim. The actual statistics show a great deal of support for Trump from evangelicals. I go into that in-depth in my article “The Myth of the Myth of the Trump Evangelical” which lays out the numbers pretty clearly. The take away is that the research shows that church attendance has no effect on Trump support among evangelicals. The only real correlation is racist opinions. Those who hold racist opinions are more likely to support Trump. Nate Silver supports this with his contention that the strongest correlation he has found for what areas support Trump is the number of racist internet searches.

The sad truth is that we have a lot of evangelicals sitting in our churches who hold racist feelings. We also have a lot who idolize money, or hate the impoverished (what I call the evangelical prosperity gospel), or don’t appreciate the Imago Dei in others. As the article by Rev. Cunningham points out, our theology is often problematic in evangelicalism but more so the practice of our faith is often terrible. We aren’t known by our love.

It feels to me like many evangelical leaders such as Thomas Kidd, Russell Moore, and Andy Crouch are engaged in a form of spin because they either can’t imagine or can’t admit how poorly we evangelicals hold to our faith. They hold to the Myth of the Trump Evangelical even though the numbers are pretty clear.

Just today in response to Cunningham’s article being shared on his wall on Facebook Andy Crouch wrote:

I appreciate his point of view. It’s important to note that “evangelical” support of Trump is not as high as many media are suggesting—support from a handful of “evangelical leaders” is not at all the same as massive popular support. For example, in the Virginia Republican primary, Trump was soundly beaten in the voting precinct that includes the student body of Liberty University, whose president had endorsed him! And that support is negatively correlated with church attendance. The more you actually are being formed by an evangelical church community, the less likely you are to support Trump. But there are many people who identify themselves to poll-takers as “evangelicals” who do not regularly attend church, and thus are being formed in many other ways—such as by the mall.

There are isolated examples, especially from when Cruz, Carson, and Rubio were in the race that can be massaged to look like Trump does not have evangelical support, but, the reality is that Crouch, Moore, Kidd and people like them are relying on “No True Scotsman” reasoning. The problem is that by any measure true evangelicals by the millions are in fact supporting Trump.

The video below where Trump essentially says, “Thanks evangelicals for supporting me… see my Mom gave me a Bible… I will never let you down.” Is laughable and in many ways the evangelical equivalent of Trump eating a taco bowl on Cinco de Mayo. But, sadly, it works.

Support among evangelicals for Trump continues to rise. He has gained even more credibility with his recent summit with evangelical leaders and claims by James Dobson that Trump now has a relationship with Jesus (though this becomes very questionable when unpacked).

Signs such as this one from Mobile Alabama sure make it look like Trump is succeeding.

However, despite the inroads that Trump is making with evangelicals there are still quite a few who vocally stand against him. One good example is Alan Noble who wrote “Evangelicals like me can’t vote for Trump — or Clinton. Here’s what we can do instead” for Vox.com. Likewise, Crouch, Moore, and Kidd all stand against Trump.

The narrative that Trump struggles with evangelicals is compelling and feeds a controversy that gets lots of clicks. Gallup recently published and article entitled “Trump Not Yet Generating Evangelical Republican Zeal.” The story lists three highlights that make clear the focus of the article.

These points are interesting and important but they are also misleading. The title, the second point, and the third point all give the impression that Trump is not doing well among the more devoutly religious. But, when one looks at the statistics it is clear that Trump’s support among all groups “highly religious,” “moderately religious,” and “not religious” are very close 66%, 73%, and 65% respectively. While there are loud protesters to Trump such as Noble the statistics indicate that the majority of evangelicals support Trump.

One of the most significant numbers though is that Trump now has 66% support among the “highly religious” compared to 57% earlier in the year. This clearly shows his support is rising.

A second interesting comparison is that Trump has 66% support while Cruz previously had 63%. So, Trump now has greater support among the Gallup category that most nearly represents evangelicals than Cruz did. Cruz only had 43% support from the “not religious” which indicates that there is a large religious component to his support while Trump has 65% support among the “not religious” indicating that support for Trump functions separate from religious conviction. Most Republicans regardless of religious conviction support Trump.

This Gallup poll claims that “Trump’s appeal to white Republicans is similar regardless of religiosity.” Likewise, the American National Election Study 2016 which I cite in my “Myth of the Myth of the Trump Evangelical” article concludes that, as Tobin Grant of The Religion News Service put it, “There aren’t differences between those who are more religious and less religious. Taking into account other factors, those who attend church every week are no different than those who never darken a church door” when it comes to supporting Trump.

So, there it is again… the same conclusion. Religiosity does not affect ones likelihood of supporting Trump. Grant pointed out in his article that the “No True Evangelical” arguments about Trump support were without data. The data, however, is clear.

Not all evangelicals. Certainly evangelicals like Alan Noble are not fans of Trump. And, there are many like him…but not a majority. Russel Moore, Andy Crouch, and Thomas Kidd may not be able to comprehend that evangelicals support Trump. They may, as they should, feel that supporting him goes against the tenants of evangelicalism. But, in the name of Truth they need to stop claiming that it isn’t real evangelicals.

There are, clearly, real church attending evangelicals who support Trump- millions of them.

We need to admit the truth which is, we have developed an evangelical culture where our doctrine, our passions, and are practice are so anemic that the majority of us are willing to support Trump. Many are even eager to do so. We need to take our head out of the sand and stop crying “No true evangelical” and admit that we have failed.

In Andy Crouch’s quote above he wrote, “The more you actually are being formed by an evangelical church community, the less likely you are to support Trump.” While we may all want that to be true, the statistics prove it false. We need to repent of that failure. We need to create an evangelical culture where what we love with all our heart, mind, soul, and strength, our first love, our passion is so profoundly focused on Christ and His character that supporting a character so unlike Christ is unthinkable.