The American Idol of Freedom 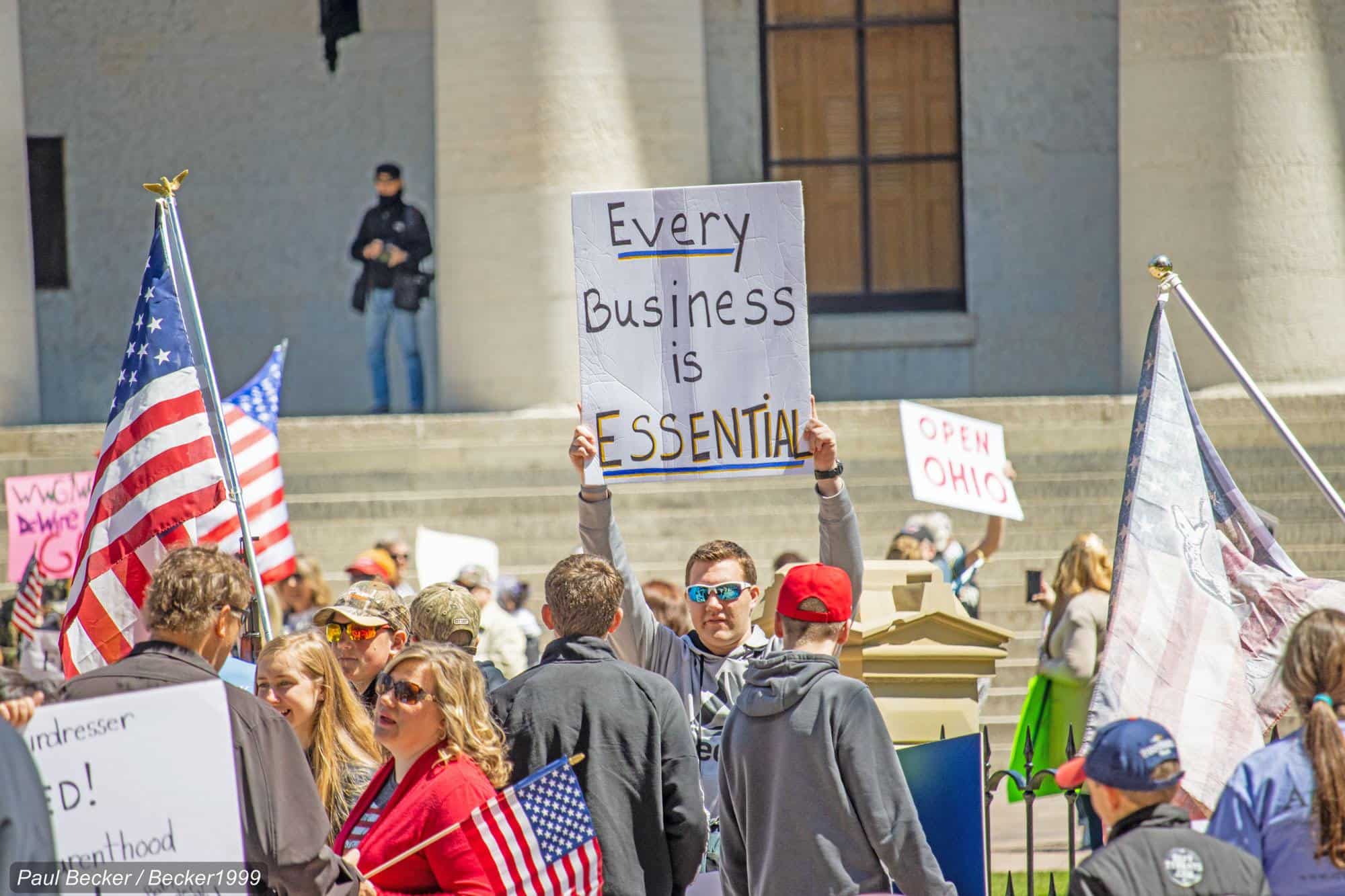 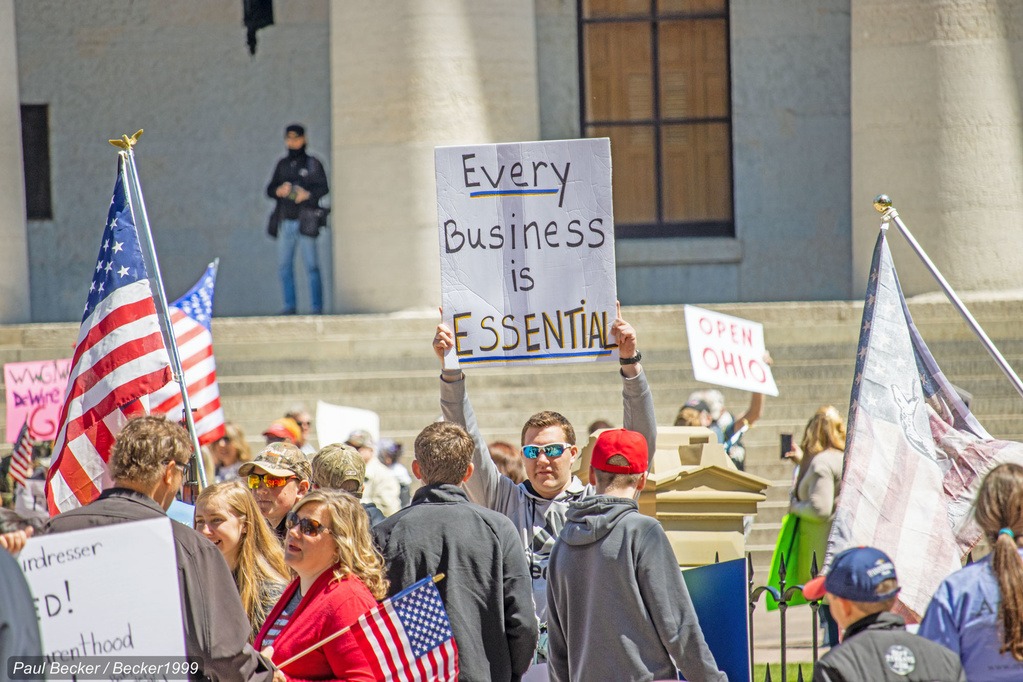 With the COVID-19 pandemic, there has been a lot of talk about freedom in the United States. This is especially true over the last few weeks as protesters have been calling for the government to lift shelter at home orders. In one thread about this on my Facebook wall, a person who was questioning the government’s isolation policies invoked the idea that we are created free by God. This idea of God-given freedom is important to many in the United States. This particular interlocutor indicated that scripture is replete with the idea that we are, and should be, free. He followed this assertion with multiple scriptural references (most of which I reference below) and a link to an article by the Billy Graham Organization.
This is a common narrative in American Evangelicalism and American Conservatism. But, I think it is a faulty narrative. In fact, I would argue that this idolatry of freedom, for which so many advocate, is at the heart of the Biblical narrative not as a solution but as the problem.
There are indeed many verses in scripture that talk about freedom. They should, however, be interpreted in light of the larger Biblical narrative and not be lifted from that context and have American ideals of autonomous freedom superimposed on them. Below are a few thoughts on verses that are often used to support this freedom narrative.

While it is often claimed that humanity was created free, Adam and Eve were not created free. They were created to be subject to God. They had considerable leeway within that subjugation but they were not free. In fact, original sin is, at least in part, an effort by Adam and Eve to gain that freedom, to gain autonomy from God and be like God.

Many verses sound as though they are proclaiming our freedom.

For freedom Christ has set us free; stand firm therefore, and do not submit again to a yoke of slavery. (Galatians 5:1)

Yet because of false brothers secretly brought in—who slipped in to spy out our freedom that we have in Christ Jesus, so that they might bring us into slavery (Galatians 2:4)

The result, however, of Adam and Eve’s striving for freedom was a perverse slavery to sin. It is freedom from this perversion of our slavery which Paul references in these verses. Looking a few verses earlier John makes it explicit:

Jesus answered them, “Truly, truly, I say to you, everyone who practices sin is a slave to sin. The slave does not remain in the house forever; the son remains forever. So if the Son sets you free, you will be free indeed. (John 8:34-36)

The Spirit of the Lord God is upon me,
because the Lord has anointed me
to bring good news to the poor;
he has sent me to bind up the brokenhearted,
to proclaim liberty to the captives,
and the opening of the prison to those who are bound; (Isaiah 61:1)
However, if one is to argue that this passage is speaking about political autonomy we would also have to shutter the prisons since the very next line is, “the opening of the prison to those who are bound.” More likely, Isaiah is recalling the social justice themes he established in chapter one with an eye toward the eschaton.
1 Peter actually gets to the exact issue.
Live as people who are free, not using your freedom as a cover-up for evil, but living as servants of God. (1 Peter 2:16)
The idea of autonomous freedom as we tend to think of it in contemporary America is foreign to scripture. Peter actually explicitly states we are not autonomous just a few verses earlier.
Be subject for the Lord’s sake to every human institution, whether it be to the emperor as supreme (1 Peter2:13)
Peter admonishes us to be subject to ALL human institutions including the Emperor and governors. In the next verse, Peter even indicates that by doing so we put silent the foolishness of ignorant people. He then says to live as people who are free (from the slavery of sin) and to live as slaves to God. In verse 18, he commands that we are subject to both good masters and unjust masters. The idea that we are autonomously free and only subject to the good governments that we choose to pledge allegiance to is foreign to scripture.
Romans beautifully articulates the issues discussed here.
For when you were slaves of sin, you were free in regard to righteousness. But what fruit were you getting at that time from the things of which you are now ashamed? For the end of those things is death. But now that you have been set free from sin and have become slaves of God, the fruit you get leads to sanctification and its end, eternal life. (Romans 6:20-22)
Romans argues that when we were slaves to sin we were free from righteousness, which leads to spiritual death. Now we are free from sin and as such slaves to Christ. There is no freedom in the Biblical narrative, at least not freedom as we use the term in the USA. There is no autonomy. We are always a slave. The gift of Christ is that we have very limited freedom in choosing that to which we are enslaved.
The Billy Graham Ministries article which my friend linked in our discussion is a very American interpretation. It begins with the American assumption of autonomy and interprets through that lens. But, that is a flawed, even idolatrous lens. The only autonomy we truly have is to select the nature of our enslavement.
This may seem like theological semantics. To a certain degree, it is. But, I also think this truth changes our paradigm. We are a selfish Christian people in the United States. This is in part because of the issues outlined here. At the heart of our religious ideology is the unbiblical notion of our own autonomy. Our individual freedom has elevated to the highest concern in our religious life. But, we were not created for autonomous freedom. We were created for service to God which He has told us can be expressed by service to the least of these. This focus on autonomy breaks down community and can see those less fortunate not as an opportunity to demonstrate God’s love but as an infringement on our freedom. A freedom which we have made into an idol.