Born Again Congressman discusses his reasons for voting to impeach 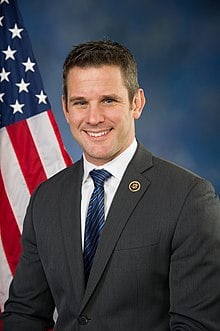 Rep. Adam Kinzinger (R-Illinois) has a record of voting with former President Donald Trump’s policy goals approximately 90 percent of the time. Even though he said in 2016 that he wouldn’t vote for Trump, in 2020 he said did so because he wanted to continue the now ex-President’s policy successes.

When the matter of impeaching Trump in light of the Jan. 6 assault on the U.S. Capitol came up, however, Kinzinger was one of 10 members of the GOP to break ranks and join Democrats in voting for Trump’s second impeachment.

In an interview with The Atlantic, he discussed how he received a letter accusing him of being possessed by demons because he did so:

Kinzinger knew most Republicans in his solidly conservative district would not agree with him. But the choice was easy: As someone who identifies as a born-again Christian, he believes he has to tell the truth. What has been painful, though, is seeing how many people who share his faith have chosen to support Trump at all costs, fervently declaring that the election was stolen. The person who sent that letter—by registered mail, to be extra sure he got it—was a member of Kinzinger’s family. “The devil’s ultimate trick for Christianity … is embarrassing the church,” he told me and a small group of other reporters this week. “And I feel it’s been successful.”

The Congressman said that God has convicted him about how to use his bully pulpit as a political figure to influence people considering their eternal purpose:

He has concluded that his faith and his party have been poisoned by the same conspiracy theories and lies, culminating in the falsehood that the election was stolen. When you look at “the reputation of Christianity today versus five years ago, I feel very comfortable saying it’s a lot worse,” he said. “Boy, I think we have lost a lot of moral authority.”

Kinzinger also said that church leaders are going to have to confront a form of national idolatry that has become culturally entrenched in recent years: