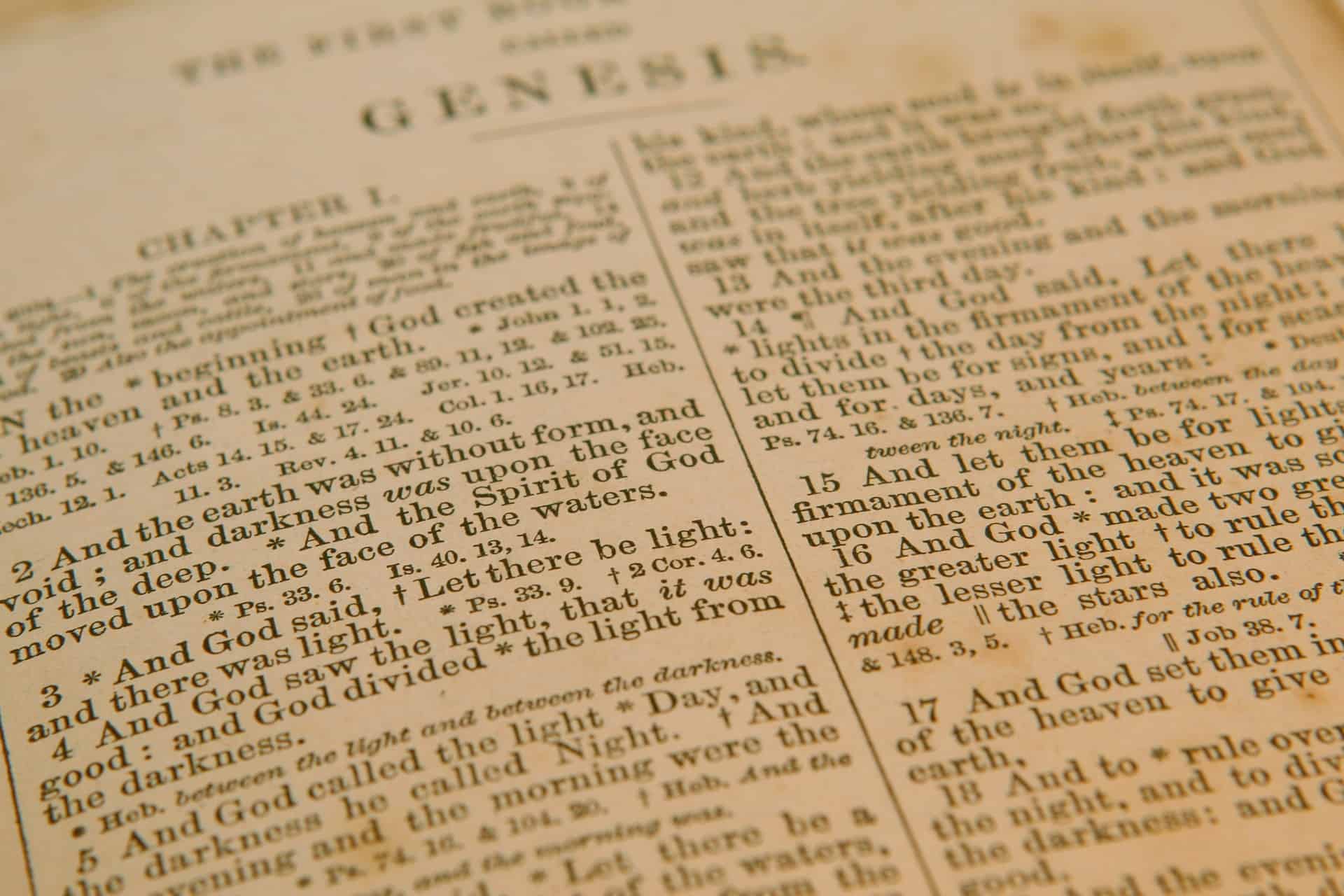 The giants of the Bible exist — at least, that’s what one new series is setting out to prove. Angels & Giants, The Watchers & Nephilim is a new docuseries that revolves around the belief … 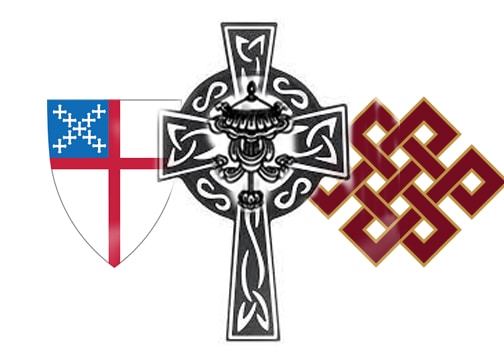 The Rev. Susan Sims Smith has spent years developing interfaith work as a priest in the Episcopal Diocese of Arkansas. That work included building the Arkansas House of Prayer, a prayer and meditation center outside … 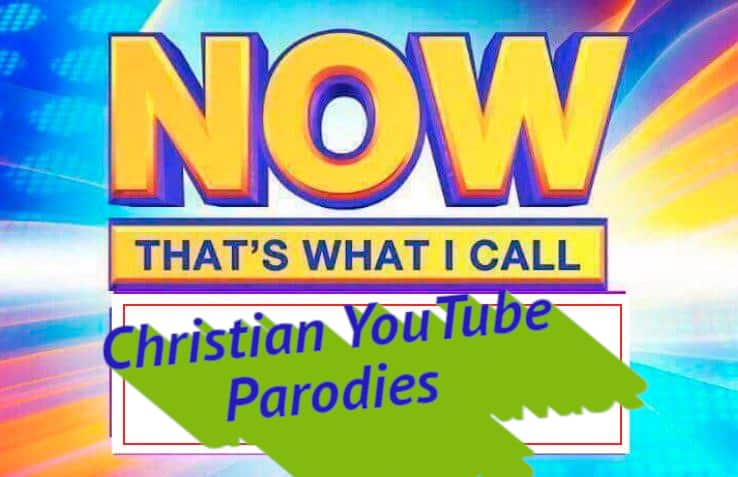 Christian parody videos of popular music have become their own genre on YouTube, and as Faith on View has discussed before, they can vary from cheesy, to borderline offensive, to the outright bizarre. Because the … 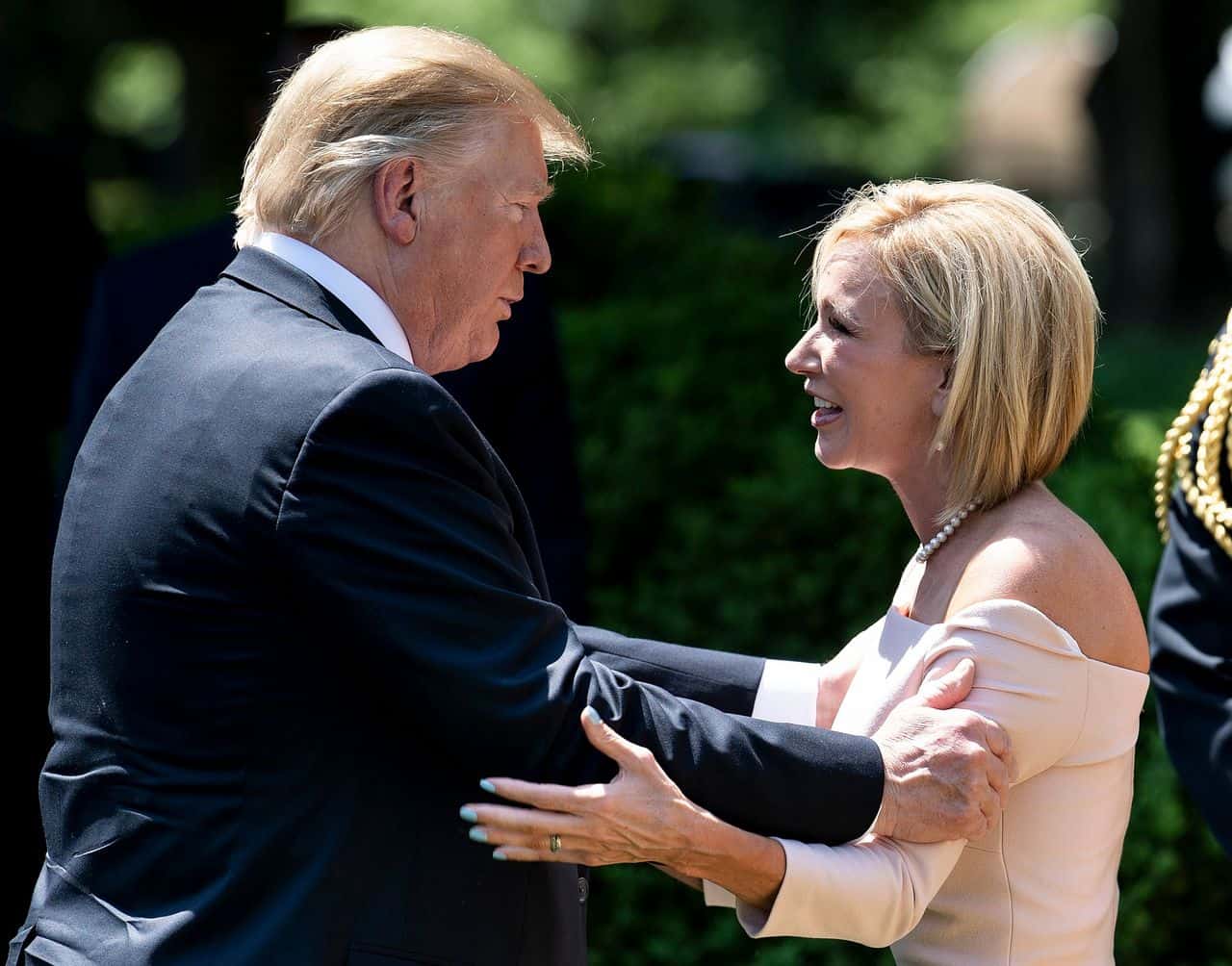 The remnants of Donald Trump’s administration and campaign are reforming as the “America First Policy Institute.” Within this new policy institute will be a “Center for American Values” headed by Prosperity preacher and Trump’s spiritual adviser Paula White.

Axios broke the news on this new institute:

A constellation of Trump administration stars today will launch the America First Policy Institute, a 35-person nonprofit group with a first-year budget of $20 million and the mission of perpetuating former President Trump’s populist policies.

Why it matters: Two top Trump alumni tell me AFPI is by far the largest pro-Trump outside group, besides Trump’s own Florida-based machine.

In the coming months, the group plans to take a large office space near the U.S. Capitol as a symbol that it’ll fight to be a muscular, well-heeled center of the future of conservatism.

The president and CEO is Brooke Rollins, a Texan who was head of Trump’s Domestic Policy Council.

The board chair is Linda McMahon, who was a member of Trump’s Cabinet as the administrator of the Small Business Administration, after winning fame as a pro-wrestling entrepreneur.

AFPI — now based in the Crystal City area of Arlington, Virginia — has been in the planning stages since December.

The group includes 20 policy areas, many run by Trump alumni:

Current reports that the Center for American Values, headed by White, will focus on Religious Freedom and the Second Amendment conflating religion and gun ownership in a way that is not at all surprising. Beyond this little is known about White’s role.

Critics of the former President find humor in the idea of a policy center being established to promote his policies. Steve Benen of MSNBC writes:

Whenever Trump would try to come up with something resembling a governing agenda, it quickly became obvious that he had poorly thought-out whims, which contradicted the agenda of those around him, which were impractical and borderline illegal and which he’d routinely abandon based on random segments he saw on Fox News.

With this in mind, the America First Policy Institute may soon have tens of millions of dollars, but I haven’t the foggiest idea what its staffers will do all day. 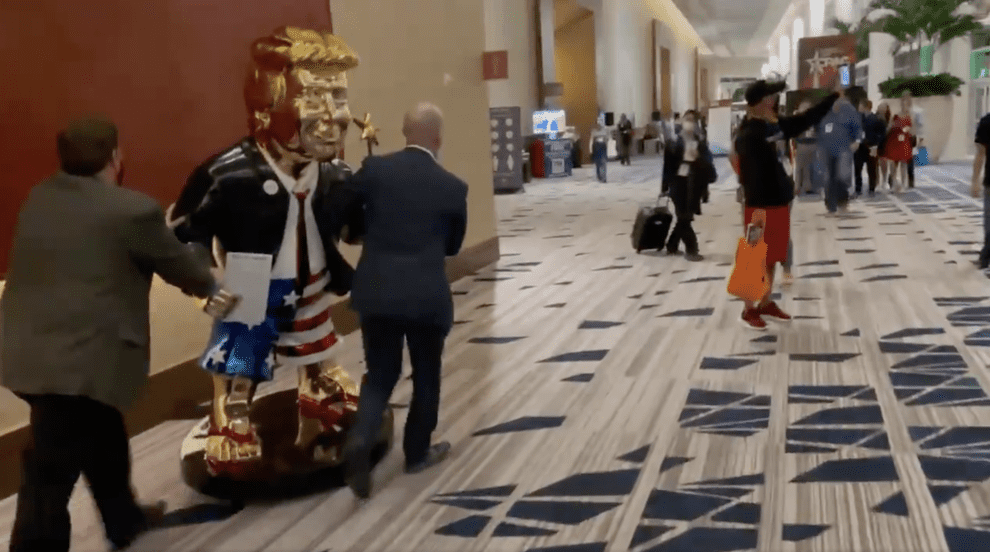 The appearance of a gold statue of Donald Trump at the CPAC conference this week was shocking for many. The statue immediately gained traction on social media with critics calling it a form of idolatry and a clear reference to the golden calf idol produced by the Israelites in the book of Exodus.

Eleanor Sly wrote in the Independent:

A golden statue of Donald Trump, wearing shorts in the print of the US flag and carrying a wand, has caused a stir on Twitter since a video of it being wheeled into the CPAC (Conservative Political Action Conference) conference surfaced on the social networking site.

A Bloomberg reporter shared footage of staff at the conservative conference wheeling a golden statue of the former US president across the conference floor.

Voices in the background can be heard saying “awesome” and “that is so cool” in reaction to the golden model of Mr Trump. Others laugh and someone chants: “Four more years!” In reference to a chant popular with Mr Trump’s supporters when he was America’s president.

The statue of the former US president has caused a stir on social media, with Twitter users responding to Bloomberg reporter William Turton’s tweet calling it everything from “obscene” to “perfect.”

Other Twitter users went as far as to compare the model of Mr Trump to Moses’ golden calf in the Bible, with caricatures and even a spoof YouTube video springing up in response.

This is the original tweet from journalist William Turton: 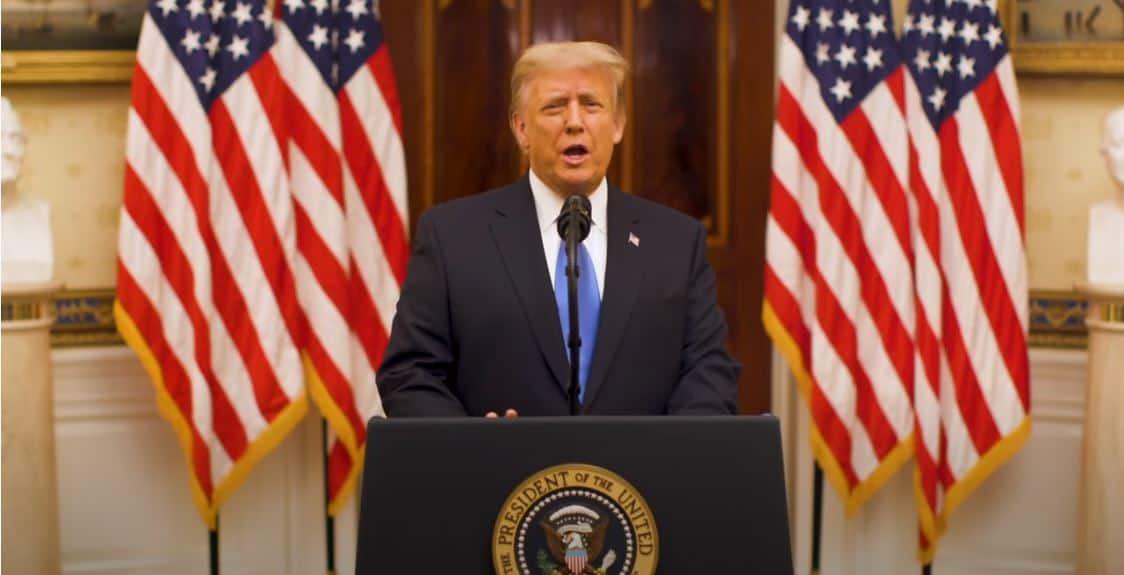 In a triumphal farewell address, President Donald Trump declared, “We did what we came here to do.” While never mentioning Joe Biden or Kamala Harris by name, he acknowledged that his term as the 45th president of the United States is coming to an end and that a new administration was to be inaugurated. He encouraged Americans to pray for the new administration in its efforts to keep America safe and prosperous. Additionally, he wished the administration luck, “a very important word.”

In the 20 minute speech, Trump thanked family and staff. Then he moved on to tout his administration’s accomplishments before being derailed by the “China virus.” In response to the pandemic he claimed, “The whole world suffered, but America outperformed other countries economically.” The 45th President also spent several minutes explicating the exceptionalism of America.

“A nation is only as strong as its spirit,” Trump said. “We are only as dynamic as our pride. We are only as vibrant as the faith that beats in the hearts of our people. No nation can long thrive that loses faith in its own values, history, and heroes — for these are the very sources of our unity and our vitality.”

Trump, who then pivoted to addressing the importance of protecting the freedom of speech, encouraged Americans to spend time “focusing on what we have in common, the heritage that we all share.”

“At the center of this heritage is also a robust belief in free expression, free speech, and open debate,” the president said. “Only if we forget who we are and how we got here could we ever allow political censorship and blacklisting to take place in America. It’s not even thinkable. Shutting down free and open debate violates our core values and most enduring traditions.”

“In America,” Trump continued, “we don’t insist on absolute conformity or enforce rigid orthodoxies and punitive speech codes. We just don’t do that. America is not a timid nation of tame souls who need to be sheltered and protected from those with whom we disagree. That’s not who we are. It will never be who we are.”

The Republican leader praised the American people for always displaying “unmatched courage, confidence, and fierce independence,” describing those characteristics as the “miraculous traits that once led millions of everyday citizens to set out across a wild continent and carve out a new life in the great West.” 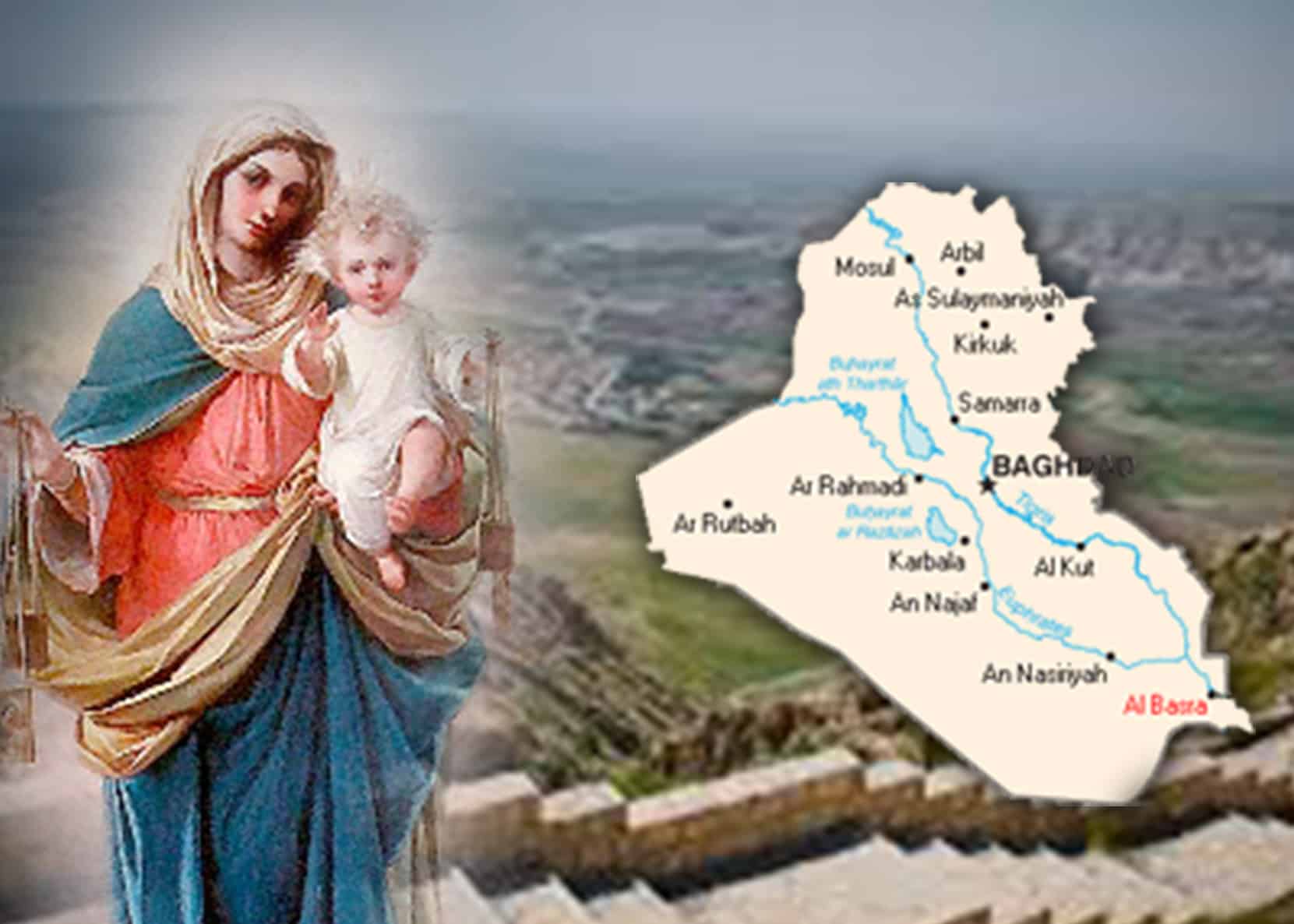 The Christian community in Northern Iraq suffered significant attacks from the Islamic State when the insurgent group began its invasion of the area in 2014. On Jan. 14, however, Christians in Qaraqosh reasserted their place … 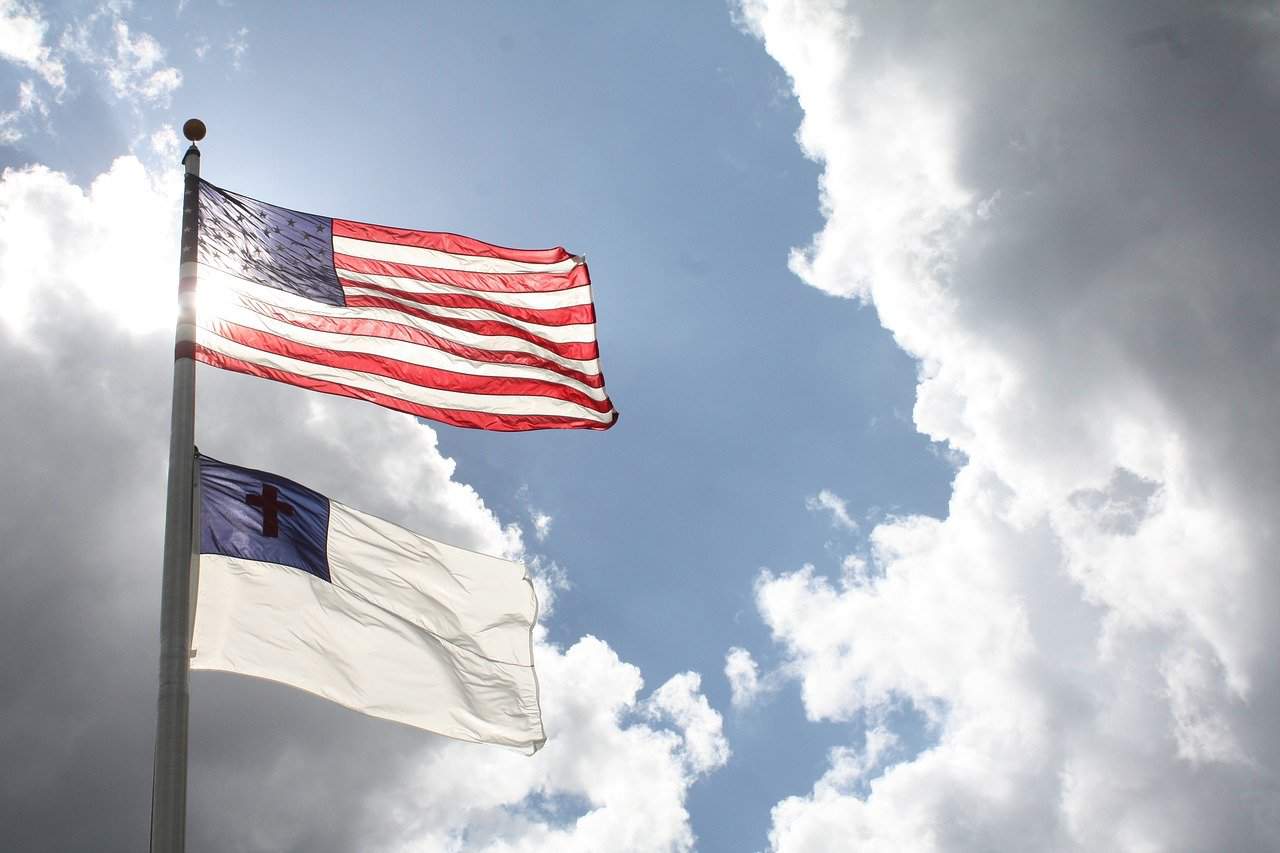 The American Evangelical movement — with its large Republican base — is facing a crisis of identity. Under the outgoing Trump administration, Evangelicals are increasingly associated with actions that run counter to Christian love and …