Politics and the Church 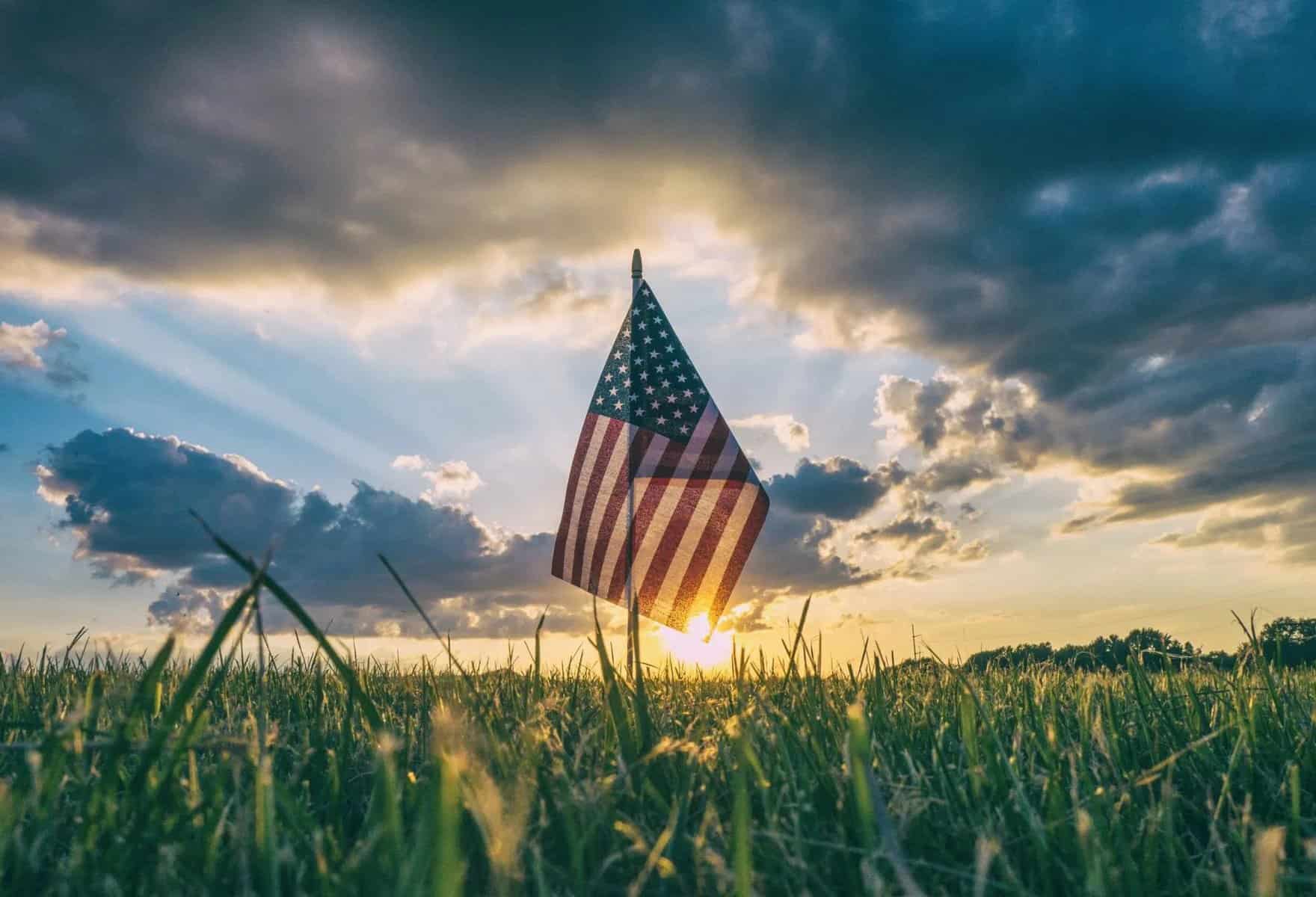 Recently, there have been disagreements within Christianity over the church’s role in the political sphere. Some Christians are starting to wonder if Republicanism is wrapped too tightly into the fabric of American Evangelicalism. Most, however, say no. To many, President Trump was sent by God to return America back to the days when The Bible was read in schools, people said “Merry Christmas” instead of “Happy Holidays,” and the secular, liberal “agenda” did not seem to hold as much weight as it does today. To many, biblical values and Republican values are identical. Does fighting for Republican values equal fighting for Kingdom values? To take it even further, were we ever truly a “Christian” nation?

(Regardless of your political beliefs, I simply ask that you would read the rest of this article with an open mind.)

Christians have correctly identified a decline in Christian thinking and practice in the United States. There is, of course, more and more diversity of various cultures, backgrounds, and religions that are now right here in the United States. While this country was officially founded by many self-proclaiming Christians who desired a free nation to honor God, there has remained a checkered past that looked nothing like the God that we serve.

To start, Indigenous American Indians were tortured and killed through biological warfare, territorial confiscation, slavery, and massacre. Part of our history also includes the well-documented slavery of African Americans. Some “Christians” regarded African Americans as less than human. Whipping, shackling, hanging, raping, slave breeding, and more outrageous human behavior was directed toward these people created in God’s image. When a female slave was pregnant, a slave owner would often dig a hole for the belly to lie while he would whip her back. KKK members were often the pastors and deacons at their churches.

Even since freedom has been granted to American Indians, African Americans, and women, there are still strong prejudices alive. Today, racism and prejudice have an even greater reach as our culture has been populated by nearly every religion, race, and belief in the world. Our “Christian” nation – if we could ever call it that – simply cannot remain as such in the current climate.

(Perhaps it needs to be briefly stated that many genuine Christian men and women have assisted in tearing down the walls of racism and oppression. American-based Christians have also sent missionaries around the world, founded hospitals, brought disaster relief, assisted the needy, established Christ-centered ministries, and more. I certainly do not want to negate the way that Christians in America have spread the hope and love of Jesus Christ to their neighbors here and all over the globe, but there is a larger point I am making.)

Thankfully, our Founding Fathers saw the need for “separation of church and state,” which ironically allows for BOTH religious liberty AND secularism, which is where we are today. As Christians, this is not necessarily a bad place to be. The globalization of the world has brought missionary capabilities to our doorstep. What more could we want?

Instead, the focus for most Christians in the current political climate seems to be maintaining control, power, and security, while denouncing the “liberal agenda of murdering babies, taking away our guns, and socialism.” Mega Church pastors make claims of support for their Republican politician and often appear on news outlets to defend their chosen candidate against the “radical, Satanic agenda of the left.” To many, it’s a battle of good versus evil. Neither side of the aisle has clean hands, though the right is typically more often associated with Christianity.

Without getting into the mud on whose views are more or less Christian than the other, I believe there needs to be a disassociation between God’s church and ANY political party of a man-made institution. As Kanye West boldly put it, “Jesus is King,” and it most certainly is not Caesar, Trump, or Obama. The power that American Christians seek is similar to the power the Jews thought their Messiah was going to bring them. But Jesus became a different Messiah than what they expected. They wanted a military-style Messiah to give them power in their politically hot time. However, Jesus brought unity among opposing political people. In fact, His disciples even included a tax collector and a zealot – two STRONGLY opposed political opponents (more opposed than Republicans and Democrats today, though hard to imagine). Instead, Jesus was a servant and man of peace, who refused to allow His Kingdom to be intertwined with the Satanic Kingdoms of this world.  As Brian Zahnd notes so eloquently in his book, Sinners in the Hands of a Loving God,

Christ’s empire does not come in the way of Caesar’s empire. Jesus does not advance his empire by the beastly means of violent onslaught. Jesus advances his empire by being the slaughtered lamb. Jesus is the meek Lamb who inherits the earth. The Kingdom of God does not conquer the world by the violent means of the beast but by the self- sacrificing way of the Lamb.

There is nothing wrong with being political. After all, Jesus was a polarizing political figure. But the politics that we need to stay away from is the who’s-side-are-you-on politics. Stanley Hauerwas, in his book Resident Aliens, wrote, “We are neither liberal nor conservative. We are hopeful.” This hopefulness is a part of our faith – that, whoever is in office, our complete trust is in the Lord.

Among Christian Republicans, there was a real sense of desperation during the eight years of President Barack Obama’s presidency, which, I believe, must factor into their reasons for being “all in” on President Donald Trump. They feel as if the country they grew up in was slipping away, and to a degree it is. But, maybe the decline of American Christianity is not a bad thing.

Pastor Greg Boyd of Woodland Hills Church gave six reasons why the demise of Christianity, though seemingly unnerving, could be good news. I give brief summaries of each below (source: reknew.org):

1. The sooner the “Christian” label gets divorced from America, the better. We must make Christianity Christ-like again!
2. Removing the allusion that people are Christian when they are not will assist in their ability to actually become Christian.
3. If political power can no longer be a distraction, we can focus on being Jesus to our neighbors again.
4. Christianity thrives the most when it is on the margins of society. Persecution of Christians, though a strong word, might be what we need.
5. We would see how focusing on civic religion actually undercuts the sharp contrast between the Kingdom and American culture.
6. Once Constantinian-style American Christianity falls we may be able to drop American individualism and embrace one another in a true Christ-like community.

To briefly prove the points above, let’s look at the Christian church in China. China is known to be the largest communist country in the world. They abuse human rights and persecute Christians without flinching. Yet, the church continues to grow. Some even forecast that by 2030 it will be comprised of more Christians than any other nation in the world (According to M. David Sills in Changing World, Unchanging Mission). How could the church possibly grow with the amount of persecution they face? Simply put, they do not have the distraction of freedom and political control, which allows them to simply be the church. We’re seeing this in not only China but in places such as India and Iran as well. This proves to me that freedom is NOT a direct correlation to the spread of the Gospel.

Our marriage together of Republicanism and Christianity hurts the Gospel and it hurts God. When someone pushes their “Republican values” on others, they are often alienating their liberal friends from receiving Jesus. So, let’s remove our “idols” of our country, our party, and our President, and let’s use our energy to spread the news of God’s Kingdom. Besides, the kingdoms of this world are only capable of being run by Satanic forces. While some may appear to look more like “an angel of light” than others, it can never truly be “Christian.” Only what can be baptized can be Christian.