Taking the Lord’s Name in Vain…what’s Trump got to do with it? 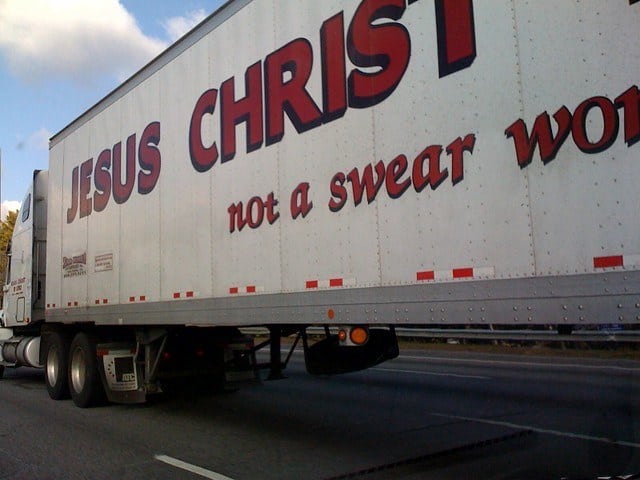 I have a lot of respect for Miroslav Volf. I typically find his perspective rather insightful. But, like all of us he can go too far sometimes. He recently shared a comment on Facebook which was both liked and shared quite a bit.

I must disagree with him on this point. He is completely right that people can be conservative and liberal followers of Christ. This, in and of itself, challenges the assumptions of many I know. I do, however, think he went too far when he says that one cannot be a supporter of Trump and a follower of Christ. Christians have supported all sorts of shameful things.

What I think he is getting at is that the values of Trump are completely inconsistent with the values of Christ. That is true. So, I would edit his quote as follows:

“You can be a conservative or a liberal and a follower of Christ, and while a Christian may support Trump one cannot support Trump and what he espouses because of one’s faith in Christ.”

I personally would go so far as to say that if we are claiming that our support for Trump is because of our faith we are in fact taking the Lord’s name in vain. To cause God to be equated with the values of Trump is to defame him, to equate his righteousness with unrighteousness.

Taking the Lord’s name in vain

This got me thinking about what it means to “take the Lord’s name in vain.” This is actually a subject matter I have thought about a good deal over the last few years.

The Biblical passage from the Ten Commandments reads:

“You shall not take the name of the LORD your God in vain, for the LORD will not hold him guiltless who takes his name in vain.” Exodus 20:7

“To use God’s name in such a way as to bring disrepute upon his character or deeds [is] to irreverently misuse His name.”

Like many other evangelicals, I grew up thinking that was about saying “Oh my God.” Somehow it seemed to even get extended to any sort of cursing. But, this seems like such a trivial thing to be important enough to be in the Ten Commandments sandwiched between worshipping other gods and the Sabbath (something that seems trivial to us today but was about acknowledging God’s Lordship). Why would God care if we said “Oh my God.”

It also never made sense to me because “God” isn’t even God’s name. And, I’ve never heard anyone say “Oh my YHWH.”

As I grew in my faith and understanding, I realized that ancient Israel thought of names very differently than we do. For us, names are identifiers assigned by our parents that have nothing to do with who we really are. In Israel, and for many traditional cultures, a name is much more than that. It is a part of an individual’s character. This is why God often changed the patriarchs’ names. So, to take the name of God in vain doesn’t mean to carelessly say some random identifier. It is to misuse the very character of God. 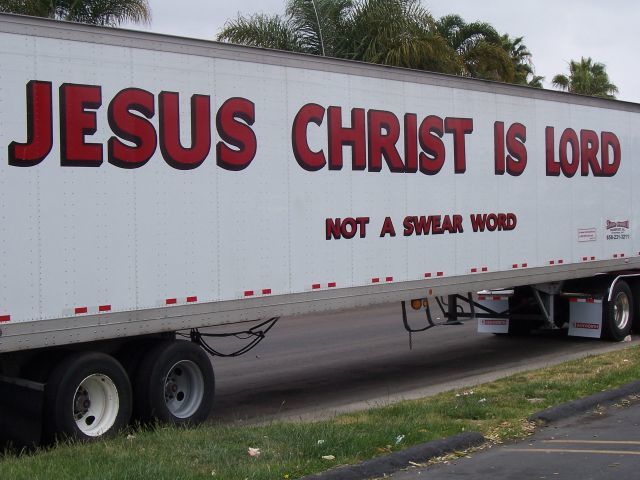 Now, I still feel a little uncomfortable with flippant phrases like “Oh my God” or “Jesus Christ” as an expletive. I think that is in part because of my upbringing; but also, I think that if we at all apprehend the sublime holiness of God we should not take him lightly. But, this may also just be my own hang-up.

I first wrote publicly about this subject when, years ago, I wrote a letter of concern about the environment at Louisiana College (now Louisiana Christian University). I wrote:

In all of this, my great pain is that I believe LC [Louisiana College] is taking the Lord’s name in vain. John MacArthur has written, “To use God’s name in such a way as to bring disrepute upon his character or deeds [is] to irreverently misuse His name.” Is that not what we do at LC when we claim all we do is for Christ yet do it without integrity, quality, or discernment? Are we not taking the Lord’s name in vain when we claim that others of faith who disagree with us are “poison” or that media reports which are based on our internal documents are “attacks from Satan?” When we see leaders rewarding themselves and neglecting their employees or falsehoods being propagated as truth in the name of Christ, are we truly honoring Him? When we set forth lofty plans about multi-million dollar programs yet neglect the basic health and safety of students already entrusted to us, are we bringing Him glory? When our works prefer to be hidden rather than known publicly, are we illustrating that “he who does the truth comes to the light, that his deeds may be clearly seen, that they have been done in God.” (John 3:21)?

When I wrote this, it was not the focus of the letter. But, feedback from readers helped me to understand that this subject is often misunderstood by Christians. One reader wrote me in response to my letter about several issues but included the following,

[T]hank you for an insight that had eluded me in spite of years of expensive Episcopal education. That insight was almost an aside in one of your columns. It had to do with taking the Lord’s name in vain. I had always understood that to mean “swearing”, and while I have always tried not to do it, I never understood why it was such a big deal as to be right up there as #2 in the Ten Commandments. But you mentioned your understanding – that by proclaiming our Christianity and at the same time acting in ways that are diametrically opposed to those commanded by Christ, we are taking His name in vain. And suddenly the clouds in my head cleared on that particular point of Christianity.

I think this is, for many people, a much-misunderstood issue. The reason that Volf’s Facebook post above made me think about this is that after Trump was elected my eldest daughter posted an article about a Muslim woman who had been mistreated after the election and in her comment, she included the phrase “oh my God.” This was a serious enough offense to a family member that my daughter received a private message admonishing her for using that phrase. This same family member once admonished my wife for saying “god awful.”

Trump and the Second Commandment

What caught my eye was that I knew this family member had voted for Trump. It struck me that this family member was tacitly endorsing the ignoble views and behavior of Trump while claiming to do so as the result of faith yet what really bothered this person was writing “oh my God”.

One of the greatest summaries of the Christian faith is found in Micah 6:8 where it says rhetorically, “what does the Lord require of you but to do justice, and to love kindness, and to walk humbly with your God?” Nothing in this reminds me of Trump. There is no need for me to rehash all the ways in which Trump’s behavior and beliefs are contrary to the Way of Christ.

The point is that when 81% of evangelicals support someone who even the World sees as so completely out of step with what we profess then we are taking the Lord’s name in vain. When we profess that because of our faith we follow a leader who does not love justice, who does not love kindness, and does not walk humbly with our God (or humbly at all) then we, as John MacArthur says, “use God’s name in such a way as to bring disrepute upon his character or deeds [and]… irreverently misuse His name.”

ETA: (6/15/2022) Given some of the stories involving John MacArthur over the last year, there is a great deal of irony in referencing his writings in this way. Yet, while I disagree with many of his newsworthy stances over the last year he is correct in this area.

This essay is from our Anastasis Series where we resurrect articles from the past that are either still relevant today. This piece was first published on January 3, 2017, and has been lightly edited and updated. It once again seems pertinent as the January 6 hearings are being televised and church abuse is pervasive in the news.