My Tribute to Dad 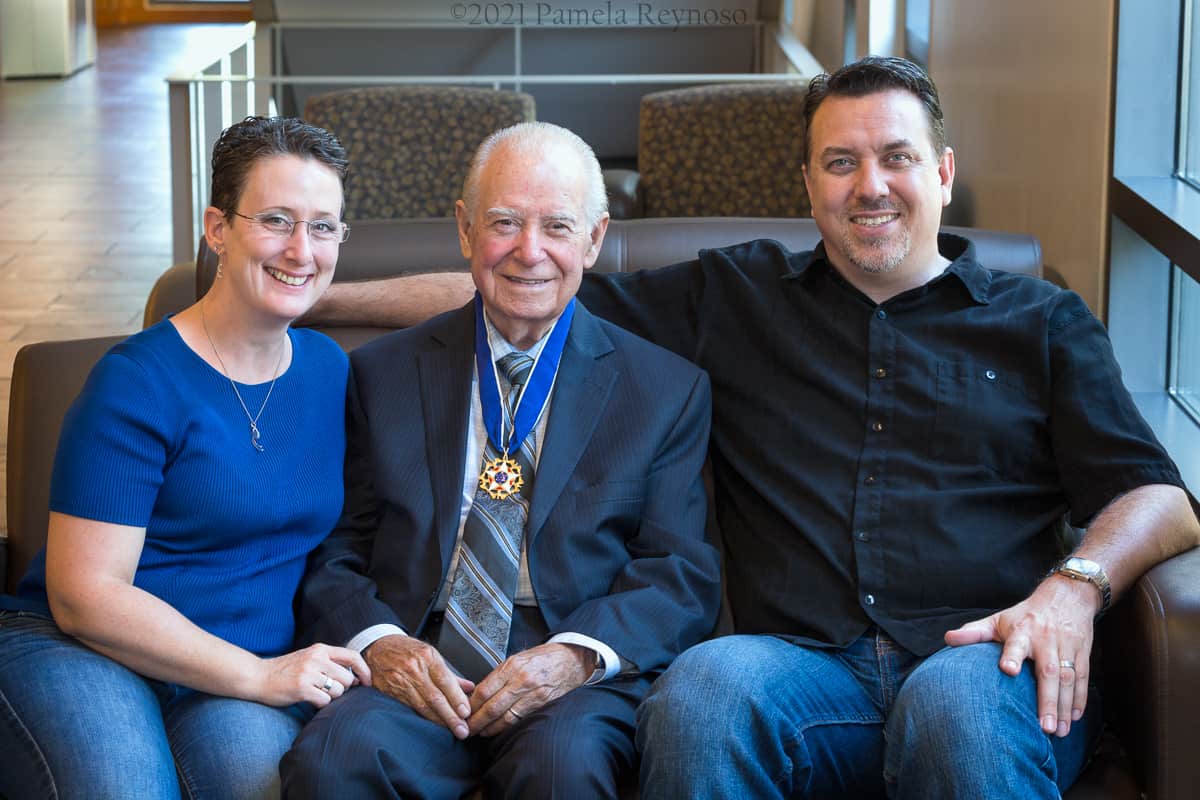 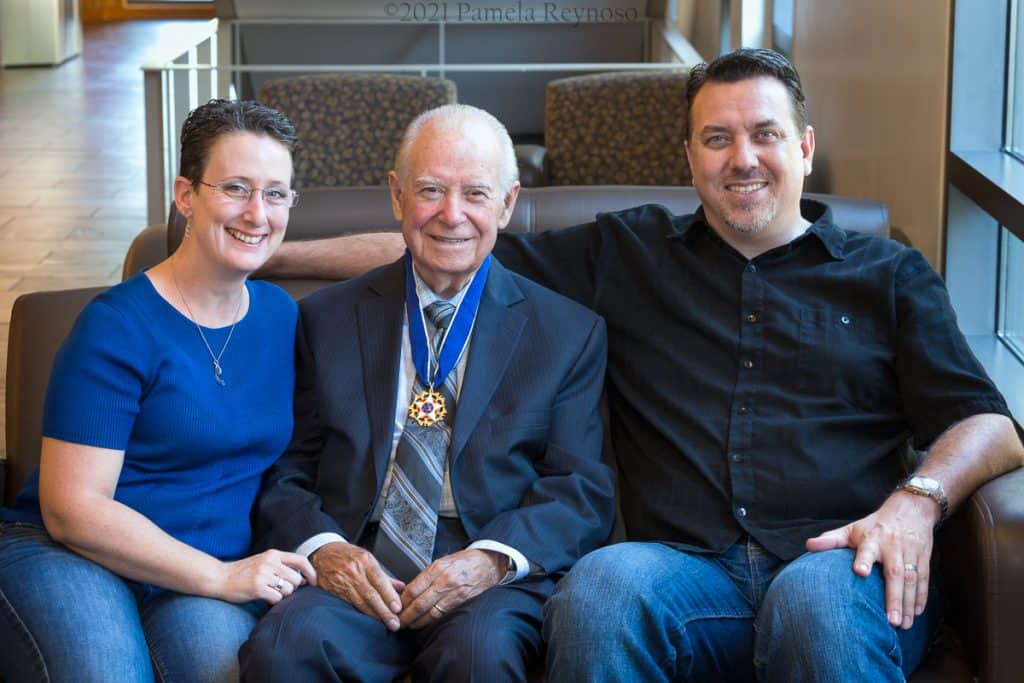 There was a tremendous outpouring of support after my father passed on May 7th. I want to thank you all. We buried Dad next to Mom on Friday, May 14th. It was a private service for family and a few very close friends. I thought some may be interested in my tribute to Dad at the funeral. I don’t normally write my talks out word-for-word unless it is at an academic conference, but I wasn’t sure what my emotional state would be. I’m glad I did both because I needed the comfort of prepared words when I broke up at the end and because I am now able to preserve it.

Here is what I said at the funeral:

I was blessed to be raised by two loving parents who were exemplars of profound humility who saw equal dignity in every person. That, I believe, was the root of Dad’s life work—social justice. His “justice bone” wouldn’t allow him to see the dignity of persons overlooked. He was taught as a child, both in church and school, about the dignity of humanity and the promise of this country and he believed it.

Recently, I’ve thought about Dad in relationship to the prophet Isaiah. They both had long 60+ year careers. They worked under multiple kings, or in Dad’s case presidents and governors—some good, some not. For both, social justice was at the heart of who they were and what they felt their nations should be.

When God called Isaiah, he gave a vision about the challenges that the people faced and asked who he could send. Isaiah volunteered saying the famous words, “Here am I. Send me.” Dad’s calling to social justice may not have been as dramatic. But, throughout his life every time he had the opportunity to stand for “the least of these,” either in the public arena or personally, he stepped forward. No vision from God but through the testimony of his life, he said, “Here I am. Send me.”

In the time of Isaiah, the nation thought of itself as righteous, just as our segregationist nation did when Dad came of age in the 1950s. In the first chapter of Isaiah, God said to the people of Judah, “What to me is the multitude of your sacrifices?… I have had enough of your burnt offerings… Bring no vain offerings…I cannot endure iniquity…cease to do evil, learn to do good; seek justice, correct oppressions; bring justice to the fatherless, plead the widow’s case. Come now, let us reason together…”

Do good, seek justice, correct oppressions, reason together—this was Dad, whether in the courthouse, the community, or with his family.

Dad was not distracted by the vain offerings of culture, politics, power, wealth, or even otiose religion. He humbly pursued the heart of what is good. As Superman used to say “Truth, Justice, and the American way,” an American way rooted in the dignity of all humanity, rooted in a democratic (small “d”) understanding that sought liberty and justice for all.

My work in art, art history, and religion place me in a different academic and intellectual sphere than Dad occupied. But we did overlap some in Chicano Studies. In 2018, I had the pleasure, as part of my Ph.D. work, to curate an exhibition in Berkeley called View from the Bench: Social Justice in Art, Law, and Religion of the Chicano Community. As fate would have it, our closing panel was Dad’s last public event. That exhibition, like Dad’s life, was not about the powerful and influential.

It saw the dignity in all. It was centered on the portrait sketches my Dad made on his legal notes when he was on the California Supreme Court. The exhibition displayed the work of famous artists, one piece in the exhibition is also owned by the Smithsonian. Just as importantly though, it recognized the voices of so many others. My cousin Gustavo was in the exhibition as was the work of Liliana, a 20-year-old woman who was completely self-taught. 15 artists, 8 women, ranging in age from 20 to their 80s, famous and unknown, it was a democratic reflection of the Chicano community that acknowledged dignity in family and the stranger, the celebrated and the humble. It was a reflection of and tribute to Dad.