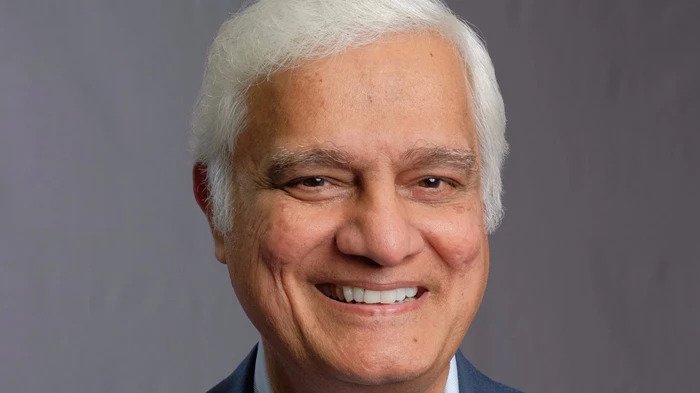 During his life, Ravi Zacharias was one of the most respected Christian apologists in the world. That all began to unravel after his death last year. Allegations of sexual impropriety grew. There were allegations in 2017 which the ministry did not take seriously. Following the allegations in August 2020, the ministry considered them more seriously even hiring a firm to independently investigate the allegations. The RZIM International Board of Directors has taken a bold step that is contrary to virtually every other story from evangelical institutions in how they deal with allegations of sexual misconduct.

They apologized and affirmed the voices of the abused.

A four-month investigation found the late Ravi Zacharias leveraged his reputation as a world-famous Christian apologist to abuse massage therapists in the United States and abroad over more than a decade while the ministry led by his family members and loyal allies failed to hold him accountable.

He used his need for massage and frequent overseas travel to hide his abusive behavior, luring victims by building trust through spiritual conversations and offering funds straight from his ministry.

A 12-page report released Thursday by Ravi Zacharias International Ministries (RZIM) confirms abuse by Zacharias at day spas he owned in Atlanta and uncovers five additional victims in the US, as well as evidence of sexual abuse in Thailand, India, and Malaysia.

The findings were released by RZIM, the ministry founded by the late apologist, alongside an apology that spoke of “a deep need for corporate repentance”.

The report is six months in the making and was conducted by law firm Miller & Martin. It is based on interviews with more than a dozen massage therapists who worked at a day spa formerly co-owned by Zacharias in Atlanta, Georgia.

Four of the therapists said that Zacharias masturbated during treatment sessions or asked them to touch his genitals. Five said he had “touched or rubbed them inappropriately.”

One therapist said she had sexual intercourse with Zacharias, while another detailed “many encounters over a period of years that she described as rape.”

Importantly the letter from the RZIM International Board of Directors repented:

We are shocked and grieved by Ravi’s actions. As Ravi Zacharias was the founder of our ministry and the leader of our staff, community, and team, we also feel a deep need for corporate repentance.

As followers of Christ who passionately believe that every person bears the image of God, we detest any sin of abuse. We now know based on the investigation that Ravi engaged in a series of extensive measures to conceal his behavior from his family, colleagues, and friends. However, we also recognize that in situations of prolonged abuse, there often exist significant structural, policy, and cultural problems. It is imperative that where these things exist in our organization, we take focused steps to ensure they are properly diagnosed and addressed.

That a leader under our care sinned against others so grievously pains us. We were trusted by our staff, our donors, and the public to mentor, oversee, and ensure the accountability of Ravi Zacharias, and in this we have failed. The findings of the investigation have caused us to take an extensive and humbling look at ways that we have fallen short, made mistakes, and failed to love well. This is an ongoing process that will take significant time, but we are committed to it.

We regret the statement that we released on September 15, 2020. It lacked compassion and concern and did not communicate that we would take the allegations seriously. Also, it gave the impression that all of RZIM’s staff shared the opinion that the allegations were false. Our statement was wrong in tone and wrong in the impression that it represented our entire staff. We deeply regret that statement, and we are very sorry for it.

We regret that we allowed our misplaced trust in Ravi to result in him having less oversight and accountability than would have been wise and loving. We also regret the ways that many of us have publicly extolled Ravi’s character and the impact this will have had on victims of his abuse. We now know our words have been hurtful, and that causes us deep sorrow. Moreover, in the wake of the accusations brought against Ravi by the Thompsons in 2017, we communicated our confidence in Ravi’s denial of these accusations, and others trusted Ravi because they trusted us. Through our failure, we made it more difficult for victims to come forward. This grieves us intensely and makes us so thankful that the truth has ultimately been revealed.

These are some of the ways that we have fallen gravely short. There are undoubtedly other ways as well that we have not yet had the wisdom and humility to identify and fully appreciate. We confess that there has been pride and arrogance in our hearts, and we are committed to the ongoing process of repentance. Both for what Ravi did and for all of the ways that we have fallen short, we are so sorry. As an organization, we understand that we have no right to forgiveness and that even if forgiveness is possible, it may take time. We also recognize that earning trust is a process and is dependent on the steps that we take moving forward.

Read the statement from RZIM here.