Dual Citizenship: What Does It Mean to be a Christian and a Citizen of the United States? 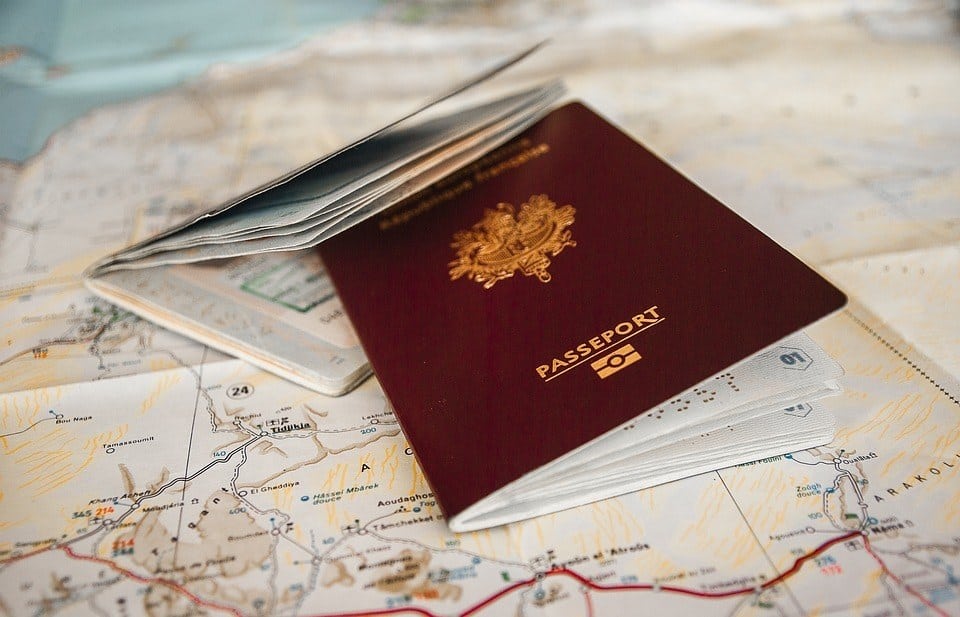 One of my Facebook friends posted a rather bizarre photo a couple of years ago. He and his sons professed a fervent evangelical Christian faith and also a strong dedication to the “Tea Party” political ideologies of very limited government and few taxes. They are also strong proponents of constitutional originalism. The picture he posted showed him wearing a minuteman costume and a tricorn hat handing out copies of the United States Constitution to people at a local supermarket. It struck me how much this looked like an evangelist handing out tracts and “street witnessing.” Such evangelists trust and pray that the illumination of the Spirit and a natural sense of the text will guide their novice readers at least enough to receive Christ. It struck me how much my friend had conflated his Christian identity and his American citizenship, philosophically and methodologically. He assumed a sort of parallel between a “divinely inspired” constitution, which for him was literal due to his devotion to the pseudo-historical teachings of Christian Americanism, to complement his inspired Bible along with the same very basic interpretive system for both. And just as he believed reading the word of plain scripture can transform lives, he also believed a person reading this complicated eighteenth century document would naturally arrive at conclusions that would make them productive Christian citizens and ardent originalists.

Christians enjoy both the benefits and the inherent tensions of being a people of two worlds no matter where they live. Whether one resides in a kingdom, a dictatorship or a democracy, Christians stand immersed in this temporal world while also representing the kingdom of God on earth. Jesus said that he has chosen us out of this world (John 15:19), but also that we are to, “Render to Caesar the things that are Caesar’s and to God the things that are God’s.” (Mark 12:17) Using Augustine of Hippo’s (354-430) classic imagery from The City of God (412-426), Christians live as citizens of two cities. Despite some concerns about government overreach in matters of religion, most Americans still agree that Christianity enjoys a stronger position in American culture than anywhere else in the world. Christians in America historically enjoyed a privileged position in mainstream culture, particularly in the nineteenth century, and in contemporary times, still have opportunities to influence the shape of public policy. An important key to exercising those opportunities for the common good lies in properly understanding the nature of American democracy, the nature of Christianity, and the realities of American cultural pluralism in the twenty-first century.

One important distinction between American democracy and the Christian faith stems from the central mission of each. The republic created by the founding generation provided a governmental structure that maximized personal and national autonomy in service of the ideal that all “men” would be free to realize their inalienable rights to life, liberty, and the pursuit of happiness in the Declaration of Independence. Despite the tragic hypocrisy that originally limited these freedoms primarily to white males, this ideal has spread far too slowly throughout American history to other groups as well. The natural implication of such ideals is cultural pluralism and diversity of thought. For Christians, what we sometimes call the “Great Commission” (Matthew 28:19-20) creates a tension between the imperative to spread the gospel to others and the reality of pluralism in American society. American democracy celebrates cultural plurality and diversity. Christianity does so as well in the sense that Christians believe God is calling people to Himself from every tribe and nation of people. By virtue of creation and God’s common grace, Christians can also affirm that all human beings have intrinsic worth. We all agree and can cooperate on the basis of a common belief that all humans have value. For Christians, the greatest struggle for responsible citizenship is the tension between belief in the worth of all humans and the doctrine of salvation exclusively through Christ alone. The new nation of God’s kingdom consists only of those who place their faith in Jesus Christ for salvation. Christian citizens sometime struggle to understand that, while evangelism and unity in Christ are an essential part of their Christian identity, they will continue to live in societies that are pluralities. And the best role that government can serve is to provide a tolerant and fair atmosphere in which Christians can share their faith with others. It is not within the government’s proper sphere of authority to do the work of evangelism for Christians by compulsion. And Christians must understand the fundamental reality that creating a tolerant and fair playing field for Christians means creating one for everyone. Coerced faith is no faith at all. We should be among the foremost champions of freedom of speech and of religion for all. Christian citizens benefit American society most when they understand that they must respect the right of other Americans to believe differently or not believe at all even as they earnestly contend to communicate their faith.

Christianity both complements some of the enlightenment ideals central to the American founding and contrasts with others. For instance, Christian belief in a creator God dovetails with ideas expressed in the Declaration of Independence that “all men are created equal.” On the other hand, the Deistic generic appeals to God central to American civic religion fall far short of the specific belief in Jesus Christ that stands as a cornerstone of Christianity. Christian citizens serve their nation best when they are able to make a clear distinction between their faith and the generic appeals to faith that constitute American civil religion. Christian citizens support their nation best when they are both patriotic and prophetic. From a Christian perspective, patriotism entails a healthy love of country that recognizes their nation state as a gift of God. That gift is good, but like all of God’s earthly gifts, it is temporal and imperfect. Also, like other divine gifts, it requires careful stewardship. Christians do not have the option to opt out of the system. Rendering to Caesar means voting, paying taxes, and being informed about issues, both national and local. It means advocacy for the weak, welcome for the stranger, and sacrifice for the common good. Christians should serve as a moral compass for the nation, something that is sometimes hard to do if Christians allow themselves to become the property of one political party or subservient to one set of special interests. Like the court prophets of Ahab (1 Kings 22, 2 Chronicles 18), we lose our credibility and doom our listeners if we begin to parrot anyone’s party line rather than bedrock ethical and moral principles. Christian citizens serve their nation best when they can both love what is best about our nation and insist on the freedom to hold our leaders and ourselves accountable when necessary.

American Christians get to live in a society where we have the ability to do significant good in public life. At the very least, we can shine what little light we can where we are. We spend too much time complaining about the freedoms we fear we may lose and neglect to practice those freedoms while we have them. Exercise your rights and responsibilities this year in such a way that people will see your good works and give thanks for the presence of sincere Christian citizens in the United States of America.