My freedoms are more important than your life 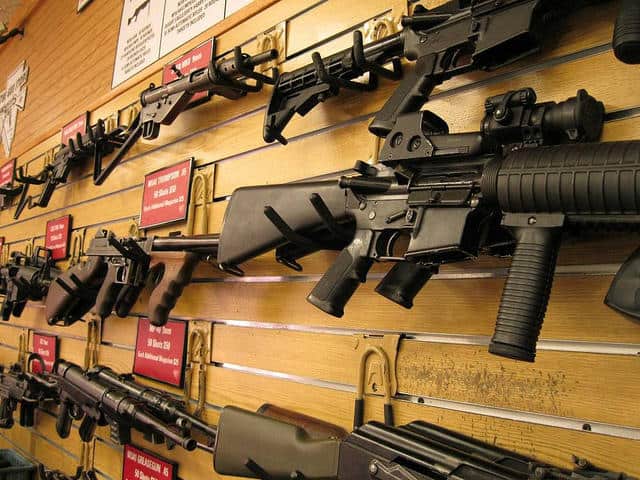 Orlando was a horrible tragedy! I have grown increasingly frustrated by how political the rhetoric becomes after a tragedy like this. So, all I posted on Facebook that day was, “So sad about Orlando. The killing of those who are the image of God is disturbing. I have no words, no politics…just sadness.” I’ve tried to not get sucked into the politics of this tragedy so I have been careful about what I post. I haven’t posted any inflammatory memes to get “my side” cheering and the “other side” angry.

I have been more interested in the human response than the political one. I’ve been interested in the human response especially as it relates to faith. The first thing I posted, other than my initial comments came two days later when I ran across this news story about the hateful words of a Sacramento Pastor (about 45 miles from us). It was so hateful that I simply shared it with the comment, “Another example of a Christian doing more to harm the cause of Christ than help it?”

As a believer, I believe it is my responsibility to speak out against such hate. But, it was the hate, not the guns that got me to share this.

Later that day I shared an article that encouraged us to, in light of the tragedy, see the fingerprints of God, the Imago Dei, in others rather than finger-pointing. The next day I posted a light-hearted comment about the term Ammosexual which was new to me and which seemed to be taken well by all sides.

On Wednesday, I posted a story, written and shared by a friend, about a piece of art that used guns in a profound way and a story about the love shown to the grandmother of an Orlando victim on a JetBlue flight and contrasted it with the hateful words I had read by Franklin Graham. I wrote:

This is a beautiful story. What struck me though is that right before I read this I was reading the hateful words of Franklin Graham. How tragic that a Jet Blue flight is a greater witness of love than one of the most prominent evangelicals in the nation. How sad that instead of being known by our love Christianity and evangelicalism in particular is known by our hate. God forgive us for we know not what we do.

So, I haven’t stayed quiet about the Orlando tragedy but I have tried to not be political. Not because I think being political is wrong but because it seems to me that we do need some time to mourn and the political fervor often robs us of that.

The Science of Gun Violence

What has surprised me though is the response to an article I posted about the American Medical Association considering gun violence a public health issue and calling for the overturn of the 20-year-old Dickie Amendment that bans research by the CDC into gun violence. I wrote:

This is very important. On Monday, I watched the basketball game with a good friend who is very pro-gun. We talked about the Orlando killings and he asked me what would be my suggestion. This was it. We have to allow the CDC to study gun violence and we have to fund it. Whether you are pro-gun, anti-gun, or somehwere [sic] in the middle, all our ideas about gun violence need to have actual research supporting them. We need to have actual research telling us what are teh [sic] ideas that are most likely to work in our large nation. This is too important of an issue to play politics about.

I have intentionally said very little about the Orlando shooting because I hate that grief over the loss of life gets swept under the rug of political fighting. This isn’t political. This is public safety. Lets study it so we can make decisions based on data and research not ideology from any side.

My Facebook friends are very diverse. There has been a good deal of support for the idea as well as several European friends pointing out that internationally there is a lot of research on this issue. In reference to how the United States is handling our gun violence issue one European friend poignantly said, “the rest of the world is watching you in complete amazement.” But, there have also been some very pro-gun friends who have spoken on this thread. I encourage that. Debate is good for us. I, myself, am not anti-gun. All I was advocating in the thread was that we actually study the problem. But, one friend even challenged if gun violence is even a problem. (See ETA below) That is beyond comprehension to me.

My Freedom not Your Life

In this one thread, I see friends arguing that the mass shootings aren’t a problem, that we are too different from other countries to look to them for any wisdom, that if we got rid of guns most of the military would defect, and implicitly they are arguing that we shouldn’t even study gun violence.

Both my wife and I grew up in rural America. She enjoyed target shooting as a teen as did I during my adolescence, though most of mine was with my BB gun. My grandfather, a lifelong hunter, died from a gun accident so my mother was never too keen on having guns around though we did get a .22 when I was in High School. If I remember correctly, it was out of concern for coyotes but never really used. But, many of my friends hunted and there was always talk about hunting season and the sounds of dove hunting were a part of my childhood. Of course, I did my share of bird hunting with my trusty BB gun… I know, not the same. I understand that for many people guns are a part of their life. I have no problem with that.

But, a quick look at gun ownership statistics is interesting. From 1973 to 2014 Gun ownership dropped from 47% of households to 31%. Hunting rates dropped from 32% to 15%. From 1993 to 2014 the number of guns owned per gun owner has gone from 2.2 to 4.7. This means that while the percentage of people who own guns and hunt with them drops there continue to be more and more guns. I presume this is, in part, because of the rise of the Ammosexual. But, what this also means is that much of the gun issue isn’t about hunting (fewer people now hunt) or self-defense (fewer people feel the need to own guns). There is a portion of our society that is more and more devoted to guns. I have seen a religious fervor develop over the Second Amendment over the last couple of decades. The statistics seem to indicate that this is due to the enthusiasm of a shrinking percentage of citizens.

When tragedies happen or murder rates are discussed, there is inevitably a cry about the right of people to own guns. It is enshrined in the Constitution. There are, of course, arguments about what the second amendment means and how its interpretation has changed over the years, but let’s put those aside and assume that the current pro-gun interpretation is correct. What does my right to own a gun cost others? Currently, the United States has a murder rate approximately four times that of most industrialized “First World” countries and about 13 times that of Japan.

From 2010 to 2014 (the most recent five years reported by the FBI), we have averaged 12,612 murders, 8,600 by firearms, That means that 68% of our murders have been by firearms. If we were able to get rid of all firearm murders our murder rate would drop closer, though still above, the rate found in most other “First World” countries. If we could cut it in half, probably more reasonable, we would save over 4,000 lives. We would still be 2-3 times more murderous than comparable nations- maybe that is who we are. I tend to think not.

Even if it is true. I can’t imagine looking into the eyes of the friends and family of one of those thousands of people who we could have saved and saying, “My right to own a gun is more important than your son, daughter, husband, wife, father, mother, or friend’s life.” When we cry out about our inherent right to own a gun isn’t that really what we are doing? Those who have been killed by firearms also had an equally inherent right to life.

Now, let me be clear. I don’t know what all the answers are. Our national culture is different from other nations. The answers we come up with may be different from other nations. But, I do think we should look at our 3.9 per 100,000 murder rate and compare it to the United Kingdom’s and Australia’s 1.0, Germany’s 0.9, Japan’s 0.3, or our northern neighbor Canada’s 1.4 and be concerned. We can realize that our firearm murder rate of 2.6 is higher than all of those. That doesn’t mean that we can solve our issue the same ways they have but unless we are content that we are inherently 3-13 times more murderous than those nations then it is worth looking into and studying.

That is what has taken me aback. If nothing else we should study the issue. 8,600 people a year die from firearms. If we can make changes to save their lives we should consider it even if it is only a percentage of them. My freedom to own a gun is not worth their lives…neither is yours. There are probably sensible ways in our culture that we can preserve both our freedoms and save lives. But, if we continue to argue against studying it or even considering what other countries do we are essentially placing our right to bear arms above people’s right to life, liberty, and the pursuit of happiness.

ETA: In the Facebook thread that this comes from I had asked, “Why, in your opinion, does the US have such a greater issue with mass shootings than other countries?” After the person I was talking to failed to answer the question, I wrote, “You still haven’t answered the question though. How are we different? Why is it a problem for us and not them?” To which he responded, “When did I say it was a problem?”

This person felt I had not represented his point fairly, so to clarify he wrote to me, “I said/meant that I don’t believe guns are the problem as it relates to mass murder. I believe it is human nature/ evil that is the problem.”

I fundamentally disagree with this person as the sorts of mass murders we saw in Orlando are not possible without guns. To just say violence is a problem and not gun violence distorts the issues at play.

This essay is from our Anastasis Series where we resurrect articles from the past that are either still relevant today. This piece was first published on June 17, 2016, and has been lightly edited and updated. This subject is especially timely to be revisited considering yesterday’s school shooting in Texas.