Trump Christians have the most devout faith 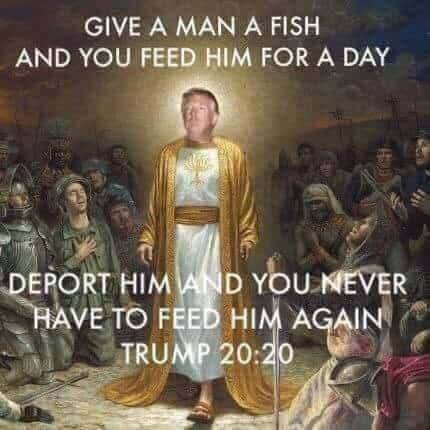 Last week’s article contained a poll that asked, “Is America Hostile to the Christian Faith?” The results have been interesting so far. But more interesting has been the conversations generated.

There is one particular conversation that really stood out to me. It came from the original group which inspired the poll. The last line in this person’s first comment really caught my attention.

Honestly, I assumed that this person just didn’t state their position clearly. It is obvious that a higher percentage of people in the Bible Belt claim to be Christian. But, to argue that they are, in fact, more devout seemed a stretch to me. 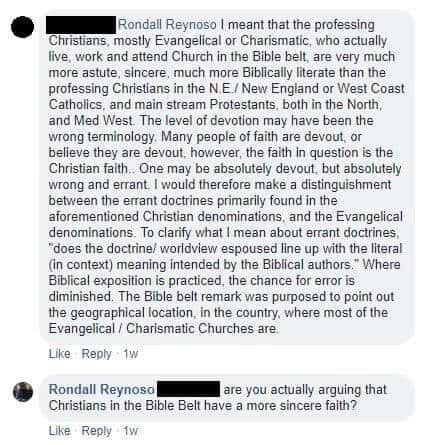 I was wrong. This person is essentially arguing that Bible Belt Christians are better more knowledgeable Christians, not as a whole, but individually. 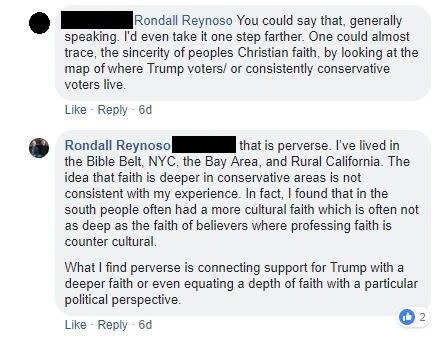 This is where things really went off the deep end for me. I’ve known deeply committed Christians in all the areas I’ve lived. There are Christians in the San Francisco Bay Area and in New York City who are profoundly faithful. There are also believers who are just as faithful, devout, and astute in Rural California and the South. But, I have also seen a faith, maybe more so in the South, which is rooted in a culture rather than Christ. I actually view the Trump election as evidence of this. For many of us, the fact that 81% of our fellow evangelicals voted from Trump is a point of shame, a sign that many of us have turned from the God of Love to the idol of power. The 20 year transition from “Character Matters” to “We are Electing a President not a Pastor” has rocked some of us to our core. 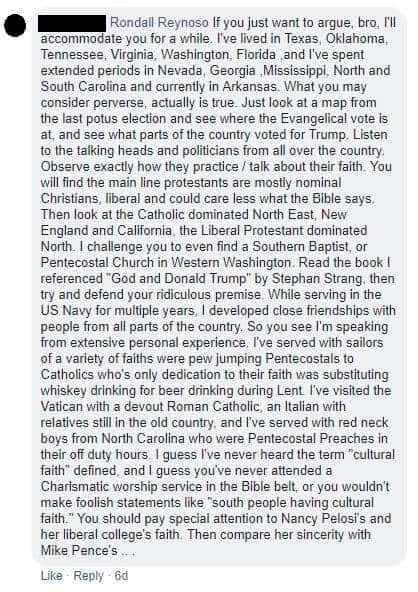 The very beginning of this post struck me. Apparently, seeking clarification and holding a different view means I “just want to argue.” Yet, the tenor is striking. The disdain was palpable. I’ve certainly known Catholics, Baptists, and Pentecostals who held their faith because it was their culture not their conviction. By the way, that is how I would define “cultural faith.” What concerns me, as an evangelical, is that our community has now become a place where people feel safe and comfortable expressing their hate.

I was preparing to respond once more to this individual when I decided to look at his Facebook wall. The wall was filled with hate and mean spirited political rants. But, the meme below stopped me in my tracks. I realized that this was a person who had completely prostrated to the idol of Trump.

This is why I fear for evangelicalism in America. “He who does not love does not know God, for God is love.” (1 John 4:8)

As the Newsboys once sang:

Once we could follow,
Now we cannot.
You would not fit our image,
So we lost the plot

Many evangelicals, especially the Baptists and Charismatics referenced above, eschew alcohol for fear of intoxication. But, we are stumbling, belligerent, loud, unduly confident, making those around us, especially women, uncomfortable as we drink in the intoxicating pleasures of the world and the power she promises.