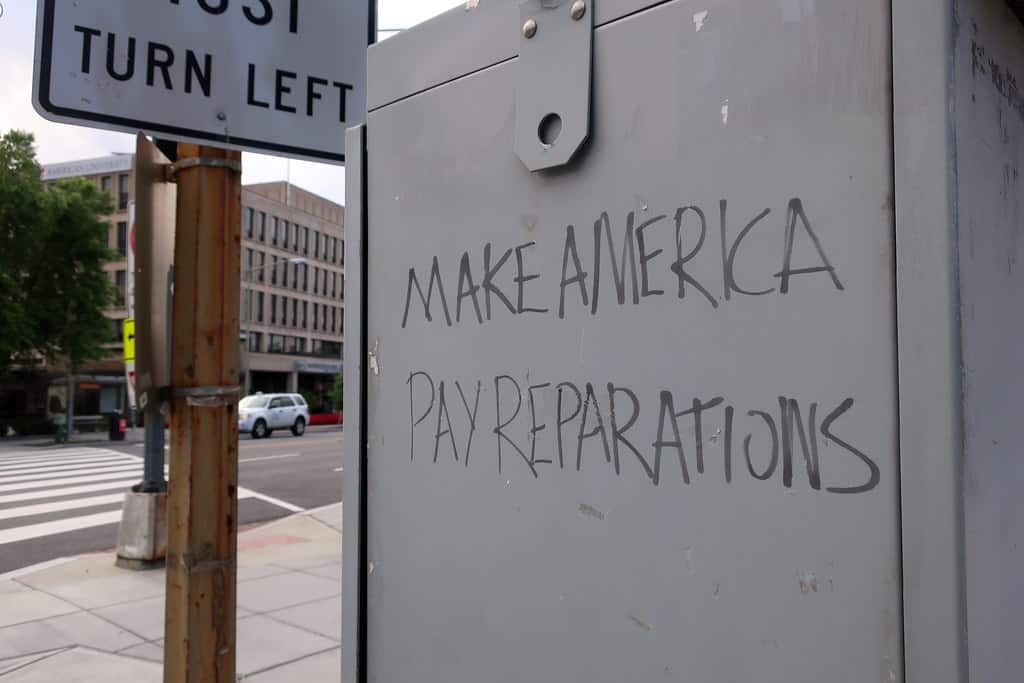 For centuries Christians have, in one way or another, wrestled with the idea of reparations for oppressed and enslaved peoples. In the United States today, reparations for Black Americans is more talked about than it ever has been in recent history.

In ancient Christianity and Judaism, there have long been conversations on the concept of reparations and the actions that took place in the book of Exodus by the Israelites as they were leaving Egypt. Theologians such as St. Augustine, Marcion, Tertullian, and Origen have bantered back and forth on the many ways that reparations can be understood from a Biblical perspective. As we examine these many arguments and understandings, we must wonder if these very ways of thinking will guide us as we consider reparations as people of faith today.

Reparations to Black Americans for centuries of slavery and oppression have been discussed for a long time. But ever since journalist and author Ta-Nehisi Coates wrote “The Case for Reparations” in The Atlantic in 2014, the conversation has taken on a new urgency. Just this month a House committee voted to create a commission to consider reparations.

However, debates over compensating a group of people for past injuries or abuses date back to at least the early centuries of the common era. As a professor of theology who teaches about Jewish and Christian antiquity, I have studied how the logic of reparations has roots in the Hebrew Bible and in early Christian biblical interpretation.

The classic text for thinking about reparations is the story of the Israelites’ flight from Egypt, recounted in detail in the Book of Exodus, the second book of the Old Testament.

The Israelites had been enslaved by the Egyptians and subjected to forced labor for hundreds of years. As the story goes, through divine intervention and the leadership of the prophet Moses, the people were set free and allowed to depart Egypt

As God announces the plan in advance to Moses, he assures him:

“I will bring this people into such favor with the Egyptians that, when you go, you will not go empty-handed; each woman shall ask her neighbor and any woman living in the neighbor’s house for jewelry of silver and of gold, and clothing, and you shall put them on your sons and on your daughters; and so you shall plunder the Egyptians.” (Ex. 3:21–22, NRSV throughout)

When the Israelites ask as commanded, the Egyptians surprisingly comply. “And so,” the text laconically summarizes, “they plundered the Egyptians” (Ex. 12:36).