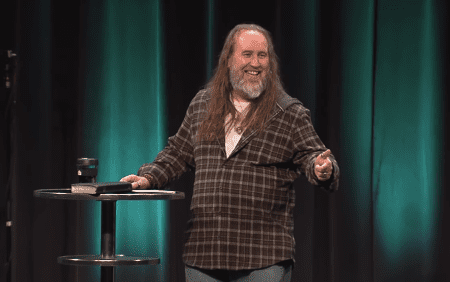 Canadian Pastor and biblical author Bruxy Cavey was forced relinquish himself from his duties as chief pastor of Ontario’s megachurch “The Meeting House” last week following a number of sexual misconduct accusations.

The 57-year old had been the pastor at the Meeting House church in Oakville, Canada since 1997.  Bruxy was the author of popular Christian books like “End of Religion and Religion” and “Encountering The Subverse Spirituality Of Jesus.” Bruxy submitted his resignation on March 3, which the church leaders then accepted

Bruxy was placed on leave from his teaching duties in December 2021 after an independent examination unraveled reports of fornication and adulterous behavior. He was accused of engaging in sexual affairs for a “number of years” with a member of his congregation.

His pastor credentials were also suspended. Bruxy subsequently apologized for keeping his wrongdoings a secret but said as soon as he was asked about his actions by church leaders, he confessed. Bruxy said the church asked him not to discuss the situation publicly until an investigation had been thoroughly conducted.

He said that his actions as “his great failure” and “darkest sin”. He would go on to shun his behavior and now faces possible legal repercussions for his actions.

“Some years ago, I had an extramarital affair. I am ashamed even to write these words, and I am so sorry that you have to read them. This adulterous relationship is my greatest failure, my darkest sin, and I take full responsibility for my actions,” Cavey stated.

“I have broken bonds of trust with my wife, family, and church family, including the woman I became involved with. I have brought untold pain, heartache, and confusion into the lives of those I love and who love me. I am deeply sorry.” Cavey stated.

Bruxy asked his supporters not to see his demise as “a failure of the presence, power, or teaching of Jesus, but an example of the pain someone like me can cause when I ignore his presence.”

Moreover, Meeting House Pastor Danielle Strickland announced this week that she is departing from her role to stand “in solidarity with the victim of abuse.”

On Wednesday, Strickland uploaded a social media post where she read a letter from the woman (identified by her incognito “Hagar”). Hagar’s letter began by replying to a question someone asked during the church’s town meeting: “Wasn’t this just an affair?”

“Executive Chair of the overseers board, Maggie John, responded: ‘No, the investigator found that given how the relationship started, which was in a clergy-counselor bond, Bruxy abused his power, and as the pastor, was responsible for ensuring that he did not abuse his power and authority,’” Strickland stated.

According to another statement from the Hagar, the relationship had begun during a pastoral-counseling relationship when the victim was 23 and he was 46 . “I was in a crisis and trusted him. I did not, nor could I, consent to a sexual relationship with him”, she stated.

“This for me was not an extramarital relationship or affair. It was a devastating twisting of pastoral care into sexual abuse. Last night, The Meeting House shared that they stand with victims and do not tolerate abuse or sexual misconduct.

I hope you can understand why I need time to process the trauma of this moment. In the future, I would like to share how clergy sexual abuse can be prevented and other victims and survivors can be protected from further harm when they come forward.”

Bruxy said he takes full responsibility for his actions, his irresponsibility, and his reckless behavior that’s given The Meeting House a bad reputation.

“I know this news is particularly unsettling for those of you who are part of The Meeting House, and my heart is broken over the heavy burden I am leaving behind for our congregation and leadership to carry together in the wake of my selfish choices,” Cavey’s statement reads.

“Because we have always placed a high value on shared leadership, I trust that my leaving will not significantly upset the church’s direction and operations. On the contrary, I believe it will make room for other diverse and exceptional leaders, and I will continue to cheer them on as they lead the church forward.”

Bruxey statements suggest that he was “irresponsible” in his duty as a “spiritual leader and Christian clergy, which features dynamics of notoriety and power and an expectation of exemplary conduct that makes me doubly accountable.” 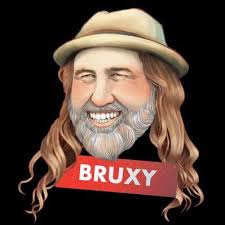 Read The Paradise’s coverage of the matter here.