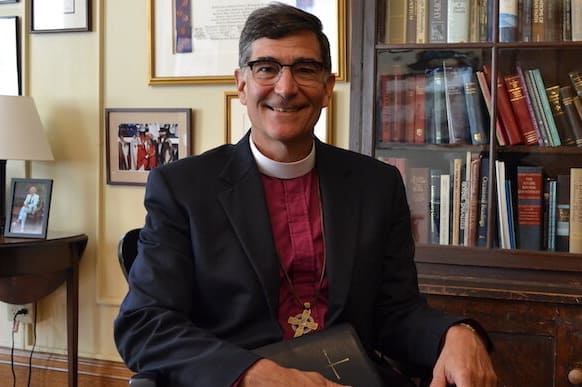 Studies from the Schaeffer Institute say that 70 percent of pastors fight depression. Episcopal Bishop Robert Hirschfeld is one of those pastors, and he spent many years hiding his mental health struggles. Recently, however, in light of the increasing suicide rate in the area he oversees, he published a book detailing his experience. Writing for Episcopal News Service, Egan Millard reports:

…Like many other clergy living with mental health issues, he kept it to himself. In that darkness, shame takes root, he said.

“Shame says, ‘Not only did I make a mistake but I am a mistake,’” he told Episcopal News Service. “I am somehow morally and psychologically broken.”

Then, a few years ago, things began to change as Hirschfeld witnessed the toll that untreated mental illness was taking on the people of New Hampshire, especially in the form of suicide. The state had the third-highest increase in suicides nationwide from 1999 to 2016. He wanted people to know that depression can happen to anyone, and that talking about it can be profoundly healing. He opened up about his experience with depression in his book “With Sighs Too Deep for Words: Grace and Depression,” released last summer.

Although writing the book was “agonizing,” Hirschfeld said it has brought catharsis and healing, both to himself and the people he serves.

“In New Hampshire, the response to this book has just been so humbling and warming and supportive,” he said. “And it may be because people see that it’s not compromising my work. In some ways it fuels it. It gives more empathy, maybe.”

In other places, dioceses have created a service for clergy who are feeling depressed or otherwise mentally struggling — but not at a point of personal crisis — to call and talk through their feelings. Read the entire story here.