Good News On Good Friday: Sony Pictures Is All Set To Release An Awe-Inspiring Film About A Catholic Priest 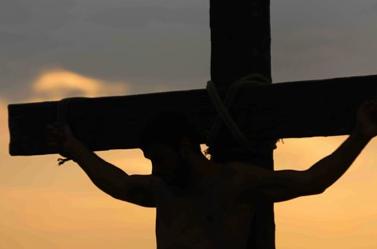 A film depicting the true story of a Catholic Priest, Father Stuart Long, is all set to hit the theatres on April 15 i.e. Good Friday. The film titled Father Stu, will be released by Sony Pictures. Starring Academy Award nominee Mark Wahlberg and Academy Award winner Mel Gibson, the film recounts the journey of an agnostic boxer turning into a Catholic Priest. Mark Wahlberg also acts as a producer of the movie and it is the directorial debut of writer and former equestrian vaulterRosalind Ross, also known as Mel Gibson’s partner.

From calling himself an anti-Christian to becoming a Catholic Priest, Father Stuart Long’s perception towards religion underwent a drastic change after he met with an accident and encountered a near-death experience. Refer to the article below for more details regarding Father Stuart Long and the movie Father Stu:

On Good Friday, Sony Pictures Will Tell the True Story of a Catholic Priest

Father Stu was passionate in his love for God and for the people he served. Sony Pictures has acquired the worldwide rights to a faith-based film about a Catholic priest. Father Stu — which is slated for release in theaters on Good Friday, April 15 — recounts the inspiring true story of a boxer-turned-priest, and stars Academy Award nominee Mark Wahlberg as Father Stuart Long. The film also stars Academy Award-winner Mel Gibson, whose directorial accomplishments include the highest-grossing Christian film of all time, The Passion of the Christ.

Mark Wahlberg, who has produced over a dozen feature films, said of this newest project, “Father Stu’s journey from troublemaker to clergyman was inspiring to many, including me.” He praised writer and first-time director Rosalind Ross, saying, “Rosey has done an incredible job capturing the essence of who he was and how he affected the people he met. I hope that with this film, we keep his spirit alive and continue his good works.”

Who Was Father Stu?

Stu Long was one tough dude — his prowess at wrestling and football in high school led to his success as a boxer during college. He won the 1985 Golden Gloves heavyweight title for Montana and was runner-up the following year. When his prizefighting career was cut short by health problems, he attempted a brief career in film-making, filling various tough-guy roles, then worked as a bouncer at night clubs and comedy clubs.

What Stu was not was a man of faith. A disinterested agnostic who antagonized priests and his fellow students, he described himself as “the quintessential anti-Christian.”

Then one night in 1998, riding his motorcycle home from work, Stu was struck by a car and then run over by a second vehicle. His injuries were severe — the emergency room doctors did not expect him to recover and called his family to pay their last respects.

A Near-Death Experience That Changed Everything

“But God was working behind the scenes,” as Stu later said of this time. “He was within me, but I was outside.” While Stu lay unconscious on a gurney, he had an out-of-body experience, during which he hovered above his body and heard God speak directly to him. Stu did an about-face: He recovered and began from that time to study religion, completed RCIA training in the Archdiocese of Los Angeles, and was received into the Catholic Church at the Easter Vigil in 1994.

Discerning a possible call to the priesthood, Stu left his job and began teaching at Bishop Alemany High School in Mission Hills, California, where he also coached the wresting team. He eventually entered Mount Angel Seminary to study for the priesthood. On Dec. 14, 2007, he was ordained to the priesthood at St. Helena Cathedral in Montana.

Father Stu was passionate in his love for God and for the people he served. His Masses, it was said, were known to be devout, and his homilies faithful to Christ and his Church. But Father Stu had only a few years to serve in ministry before God called him home. He was diagnosed with inclusion body myositis, a rare and incurable autoimmune disease with symptoms similar to Lou Gehrig’s disease. In 2010, Father Stu was transferred to a nursing home, where he continued to minister to patients until his death in 2014, at the age of 50.

The California Catholic said of the priest:

Father Stu brought a servant’s heart to each and every minute of his ministry, his love increasing in power as physical strength declined. Father Stu became a beloved priest, confessor and friend to countless people. He taught by example, accepting the pain and weakness each day brought; Stu said it was the best thing that ever happened to him, because it allowed him to shed the pride he had felt for most of his life.