Me and Mark Driscoll 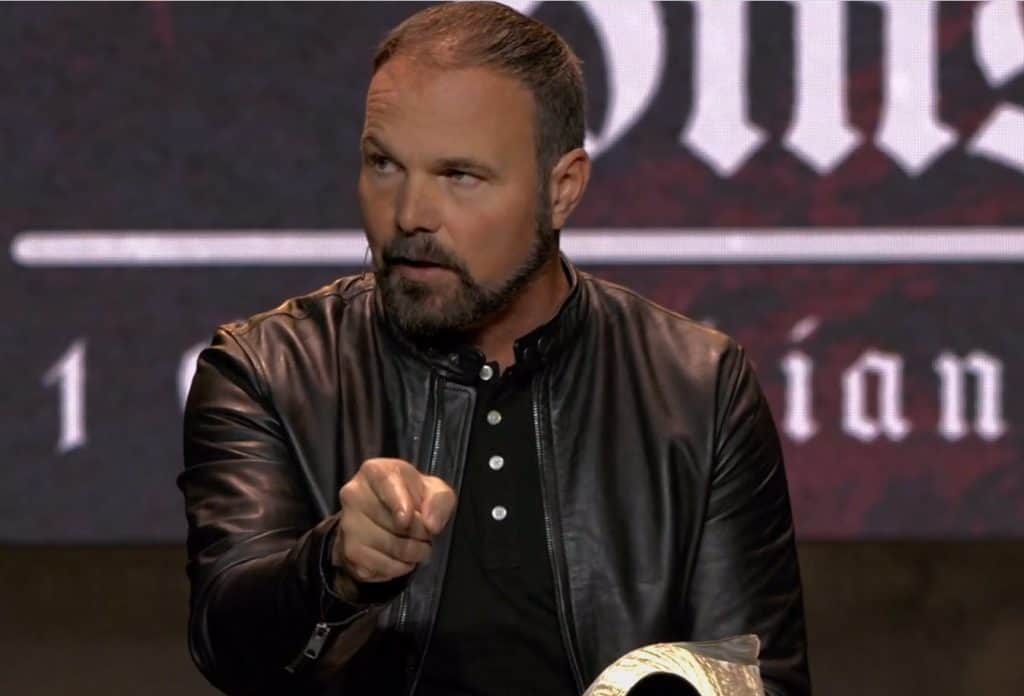 As well-intentioned Christians, we often make claims about how God speaks to us. There is a plethora of sentimental illustrations that seek to bolster our claims, including but not limited to, beautiful landscapes, picturesque mountains, the galaxy as seen through the lens of the Hubble Space Telescope, babies, puppies, trees, and the ubiquitous “two sets of footprints in the sand.” When Christians claim “God spoke to me about this” in a variety of situations, it is a conversation killer, simply because these utterances can’t be verified by any kind of vocal recognition software. But this doesn’t stop many from continuing to make this claim. One such influential example of this in my life included the ministry of Pastor Mark Driscoll. Pastor Mark during the heyday of Mars Hill Church made many such claims of hearing the audible, authoritative voice of God, and I think I believed him. I certainly believed God was using Pastor Mark Driscoll to speak to me.

I listened with rapt attention to Christianity Today’s debut podcast The Rise and Fall of Mars Hill because I was one of the many pastors influenced by the ministry of Mark Driscoll. I first discovered Driscoll’s sermons online sometime in the early 2000s after reading a reference to him as “the cussing pastor” in Donald Miller’s book Blue Like Jazz. At the time, I was in the middle of a journey out of a small Pentecostal organization in which I had been reared and groomed to be a minister. I had managed to carve out for myself a very modest vocation as a preacher vacillating between roles as a youth pastor, assistant pastor, and traveling evangelist. I look back on those years as a mixed bag of gaining some experience as an effective preacher, becoming well-versed in Bible content, but also wasting a great deal of my youth serving an organization and local church that was spiritually abusive and traumatic, not to mention just plain wrong on a host of theological issues, including the gospel itself. When compared to my rural Arkansas experience, discovering Mark Driscoll’s ministry in his vastly different world of Seattle, Washington, was a watershed moment in my spiritual evolution.

I credit Mark Driscoll, along with John MacArthur and R.C. Sproul as among the chief Bible teachers who tipped the scales, bringing me to a place where I eventually left that Pentecostal group that up until that point, had defined my life and ministry. But unlike MacArthur and Sproul, Driscoll was a contemporary, who also had just enough of a Charismatic flare to ease my Pentecostal sensibilities. I listened to Driscoll’s preaching religiously and read everything he published. I was so impacted by his ministry and Bible teaching that I quickly subscribed to his “New Calvinist” ideologies, embracing his views of gender roles, church governance, and general gospel-centeredness. His bombastic and often offensive style of preaching wasn’t something new for me, as it was typical of most of the preaching I heard in my Pentecostal tradition and was similar in style to my own homiletic delivery, but what made Driscoll’s preaching so attractive to me was the content. Driscoll, a Bible expositor who preached through books of the Bible for hours at a time, captivated my attention.

As someone who had been primarily exposed to topical, random, and often less than thoughtful preaching formats designed to elicit emotional responses, I found his preaching refreshing and transformative. For the first time in my life, I was receiving a steady diet of gospel preaching that really did revolutionize my life and perspective, but eventually, the leadership traits and social views that I attempted to appropriate from Driscoll would reveal themselves to be problematic for my ministry, and as it turns out, they would prove to be devastating for his.

In 2010, I accepted the invitation to become the pastor of a fledgling congregation that viewed itself as a nondenominational church after decades of being affiliated with the Pentecostal organization that was part of my own formative experiences. The church was in a decline and had recently been victimized by an unscrupulous pastor who had taken out multiple loans in the church’s name without the consent of the congregation and then spent the money frivolously. The former pastor eventually went to jail for his crimes, and I served this congregation for over five years as together we attempted to move forward. In a number of ways, my leadership style was modeled on what l learned from listening to Driscoll and reading the books he recommended on church polemics. I endeavored to lead our small congregation by practicing expository preaching, implementing a plurality of Elder governance, and insisting these roles were exclusively the purview of qualified men. However, what I actually did was create a group of less than qualified men as leaders, including myself, resulting in a confused congregation. While my preaching often informed the congregation, it did little to transform them or provide guidance for the daily struggles they were facing. I was answering questions from the Bible that no one was asking. And although we did enjoy some success during those years, and managed by God’s grace to see the congregation moving forward once again, eventually I experienced a leadership challenge that resulted in my resignation.

My mistakes were mostly dumb, rookie moves that many a first-time pastor has regretted, and to be fair to myself, I like to think that some of what I did resulted in many positive moments for our church family. But as I contemplate those years in pastoral leadership, I am increasingly convinced that had I not been so insistent on emulating the leadership styles of a megachurch pastor that I had never met, thousands of miles away from my particular setting, that perhaps my tenure may have ended differently. For instance, I believe that if many of the godly women in our church been given an opportunity to sit on our board, my inaugural pastoral experience would have been very different and would probably have ended more positively. I lost the opportunity to hear the counsel of wise women because I was convinced it wasn’t biblical. Instead, the different iterations of my board during those years ended up either as echo chambers or pissing contests, with none of it as helpful or productive as it might have been if given the chance to be influenced by the diversity and giftings of women.

When I, and the other men on my board, confronted one another, it led to power struggles that were more centered in our collective and individual insecurities as leaders than in any real insurmountable differences. We even played the “God is speaking to me” card on numerous occasions, as we scrambled to outdo one another by spiritualizing every opinion. If we were to be believed, God was a verbose micromanager concerned about the color of paint on the walls, musical and worship styles, and even about how much we should pay our Daycare staff. Interesting that God rarely endorsed paying more than minimum wage. Listening to us it seemed that God wouldn’t shut up about our church. Eventually, I was told that God had spoken that it was time for me to resign my position as lead pastor.

Meanwhile, Pastor Mark Driscoll’s ministry at Mars Hill Church began to unravel in earnest in 2014 as accusations increased surrounding his temperament and treatment of staff and congregants. There were numerous reports of bullying, intimidation, and even violence that ultimately led the Elders of Mars Hill to investigate. But before they could disclose their findings to the church, Driscoll resigned publicly, once again stating that God had spoken to him, releasing him from his pastoral position and revealing that “a trap had been set” by those investigating him. Mars Hill Church that had enjoyed an attendance of fifteen thousand people at its peak, disappeared practically overnight.

I am certain that there are many Christian leaders who share my experience of looking to others whose perceived successes resonate with our own desires and ambitions. This is true of every field, but what the story of Pastor Mark and Mars Hill Church reveals and what my story reveals, is that leadership in the Church should be dramatically different from how successful leadership is measured in other spheres. While the church growth movement has been successful by certain measurements, with upstart churches flourishing by replicating business strategies in many communities, we as Christians have failed to ask ourselves if we should pursue these strategies, just because we can doesn’t necessarily mean we should. The Church isn’t a business and treating it as such only serves to further the true national American religion of consumerism. Our obsessions with success and all of its accouterments actually reveal that it isn’t God, but money that talks.

Perhaps Pastor Mark was right about the trap, but not in the way he intended. Maybe the traps that we fall into as Christian leaders are those that we set ourselves. Traps that are constructed of our own pride, selfish ambition, and certainty that God speaks to us. I would hope that if God indeed does speak to us that we would all be doing a much better job of representing Him.

And should He really ever speak to us, maybe we should keep that to ourselves.