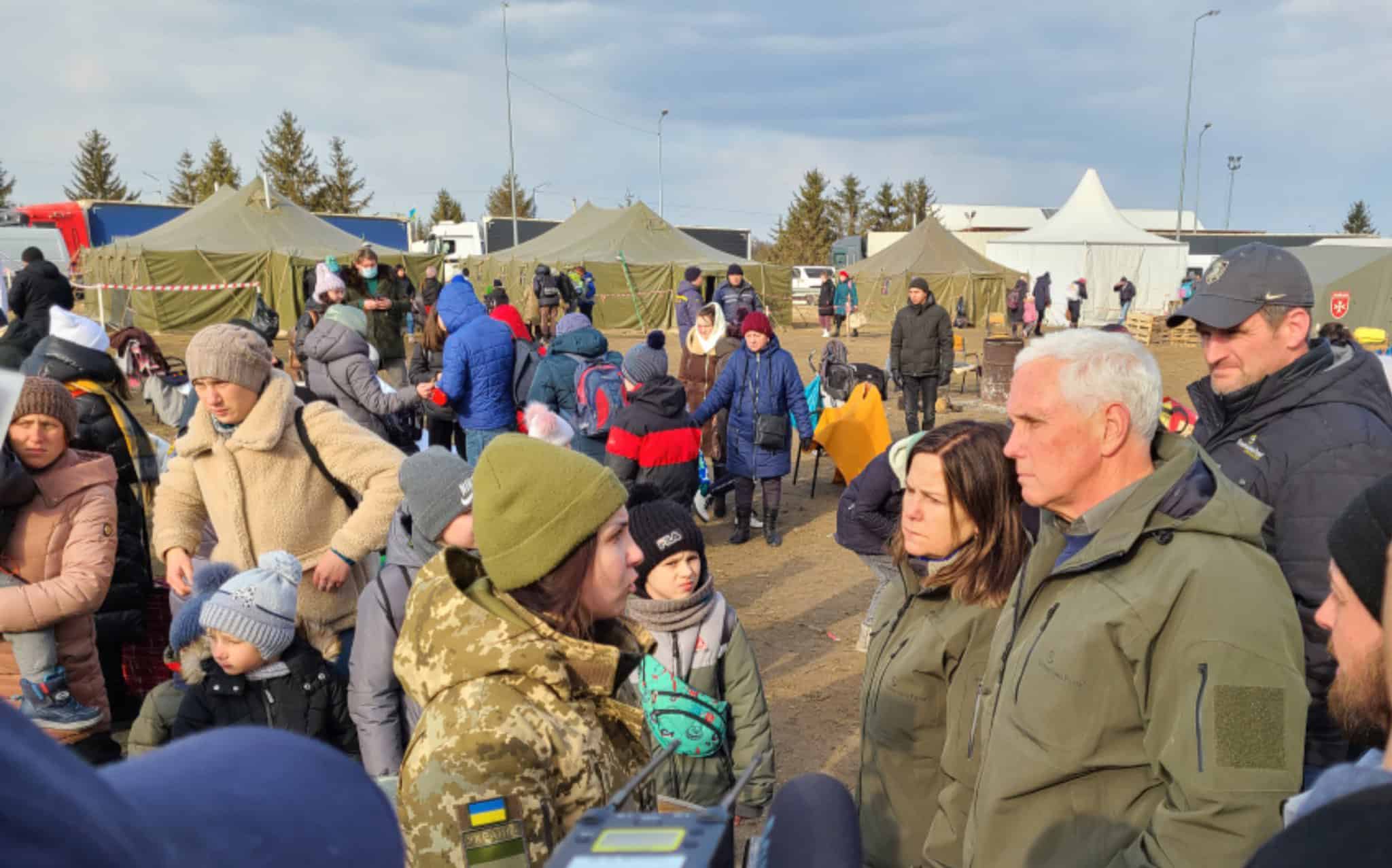 Important dignitaries from around the world are visiting Ukraine to help the victims of the Russian invasion. Last week, the former Vice President of the United States, Mike Pence, and his wife, Karen Pence, visited Ukraine to offer their support to those affected by the war.

The couple went to the Ukraine-Poland border to meet the refugees who escaped the country. The Christian humanitarian organization Samaritan’s Purse started to operate an emergency hospital in Lviv last week, which the Pences visited. Pence tweeted about his visit and reported about the situation of the refugees.

.@KarenPence and I visited the Ukraine border today with @EdwardG1911 and @SamaritansPurse to meet with Ukrainian women and children seeking refuge from war. 2.4 million refugees have already fled Ukraine and nearly 400,000 have already come through the Korczowa border crossing. pic.twitter.com/tFZcC4X7mA

“@KarenPence and I visited the Ukraine border today with [Edward Graham] and @SamaritansPurse to meet with Ukrainian women and children seeking refuge from war,” Pence tweeted. “2.4 million refugees have already fled Ukraine, and nearly 400,000 have already come through the Korczowa border crossing.”

Pence urged his followers to pray and offer help to charitable organizations like Samaritan’s Purse. Christian Headlines continues the story:

As reported by The Christian Post, [Pence] encouraged his followers to pray and contribute to Samaritan’s Purse and other charitable organizations in their continued relief efforts to the Ukrainian people.

“Let’s stand together as one with the people of Ukraine,” the former Vice President continued.

According to Samaritan’s Purse, Pence assured Ukrainians that “Americans are standing with them in prayer.”

“I appreciate that Samaritan’s Purse is always on the frontlines with help in Jesus’ Name,” he added. “Where there is suffering, you are there.”

Evangelist Franklin Graham, the President of Samaritan’s Purse, expressed gratitude to Pence for traveling abroad to extend his support to the organization and the refugees crossing over to Poland.

“One Ukrainian told Vice President @Mike_Pence what an encouragement their visit was, and the former Vice President responded, ‘No, you are the ones who inspire and encourage us.’ He assured them of our continued prayers and support,” Graham wrote.