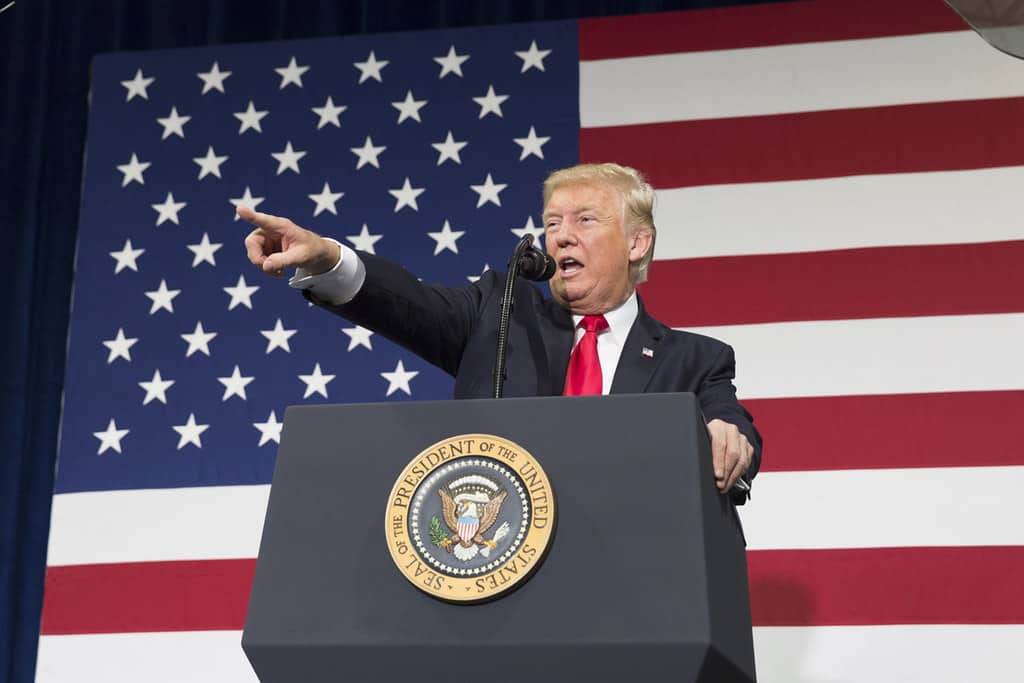 Some politicians have gone so far as to compare The Donald with the Son of Man when making hyperbolic statements about political blowback against the former President, but one book author has gone so far as to say that, no, Donald J. Trump is truly the Bible’s Son of Man.

Matt Labash of Slack Tide shares his review of a book titled President Donald J. Trump, The Son of Man – THE CHRIST. The book compares the former US president to Christianity’s savior.

Labash clearly does not have a positive impression of the book, the book’s author, or the comparison of Trump to Jesus. Labash also notes that the book has been extremely unpopular among the Christian community as the book ranks 328 in the “Christian commentaries” section of Kindle sales.

In his introduction, Helgard promises “my book is not going to be a long and dramatic book. It will be to the point.” Having slogged through all 298 pages of it, I beg to differ.  But his working premise is that while Christian theologians often mistake the “Son of Man” in the Bible for J.C., there are actually two Messiahs: Jesus, the Son of God, on the one hand. And the tangelo-flavored real estate branding magnate on the other. Helgard, who is preoccupied with seating charts, holds that Jesus stands in front of the throne of God, while the Son of Man (i.e., Mr. Trump) is positioned at God’s right hand. Though if Trump drops a C-note on God, who knows? Maybe he’ll get to do a shift in the Big Chair.

We’ll skip the 150 pages or so of Helgard’s tortured hermeneutics, in the interest of not causing reader brain injuries. More entertaining is Helgard laying out his evidence that Jesus and Trump, or as some Trumpsters would prefer, Trump and Jesus, are messianic brothers from another mother. (Though both of their mothers were named Mary, Helgard hastens to add.)

As Helgard puts it: “There are too many parallels between Jesus, the Son of God, and President Donald J. Trump as the Son of Man to be ignored. Do you see it too as a reader?” Yes! Thank you, Jesus!  (Thank you, Trump!?) I’m starting to. Particularly when Helgard lays out the big clincher, valiantly tackling the Orange Question head-on:  “Why  is Donald Trump so orange?……The net is filled with rumors, but the compromise is that Trump is an admirer of bad spray tans or the tanning booth. (The white goggle lines are a dead giveaway.) He has not always been this dark.”