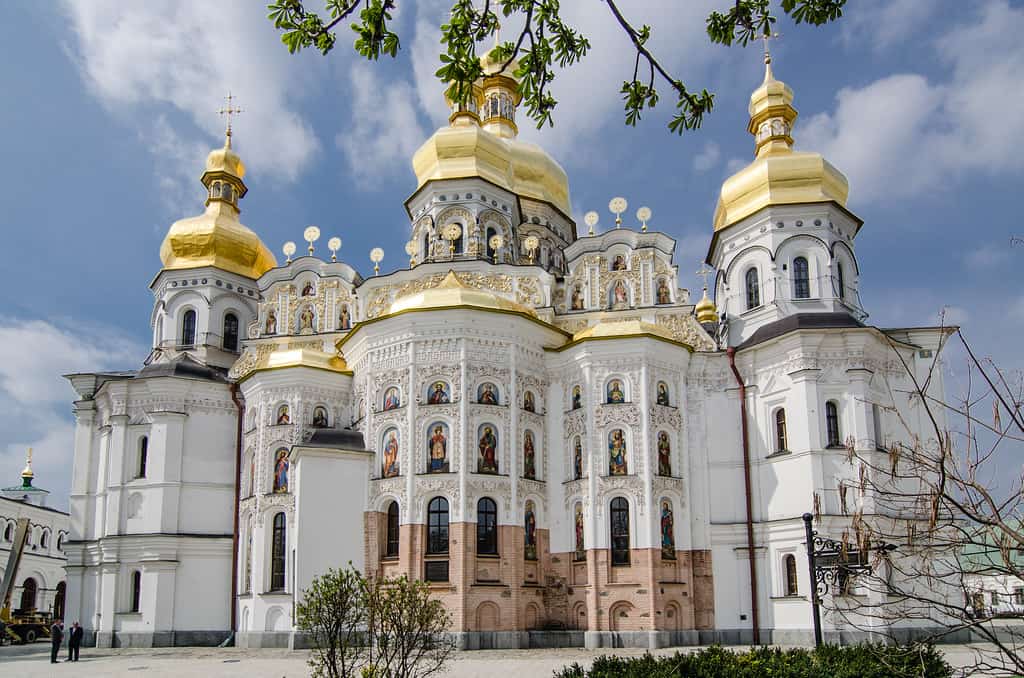 As Kyiv continues to face attack from the Russian military, one of the large concerns is the many sacred sites across the city. Kyiv is home to many Ukrainian Orthodox and Russian Orthodox shrines and landmarks that date back to the dawn of Christianity in the region.

The sites include the Monastery of the Caves, St. Sophia’s Cathedral, St. Andrew’s Church, and St. Michael’s Golden-Domed Monastery. While these sites are deeply important to Ukrainians, they also have importance to many Orthodox Christians around the world as well — including Russians. That’s because the Christianization of Rus actually began in Kyiv.

Kyiv, bracing for a potentially catastrophic Russian attack, is the spiritual heart of Ukraine.

Among the sites at risk in the Ukrainian capital are the nation’s most sacred Orthodox shrines, dating back nearly 1,000 years to the dawn of Christianity in the region.

The landmarks include the golden domed St. Sophia’s Cathedral and the Kyiv-Pechersk Lavra, a sprawling underground and above-ground complex also known as the Monastery of the Caves. Others include the multi-towered St. Michael’s Golden-Domed Monastery and St. Andrew’s Church.

The sites, along with other landmark shrines in Kyiv, are religiously significant to both Ukrainian Orthodox and Russian Orthodox. They also stand as powerful symbols in the quarrel over whether the two groups are parts of a single people — as Russian President Vladimir Putin has claimed — or are distinct but related Slavic nations.