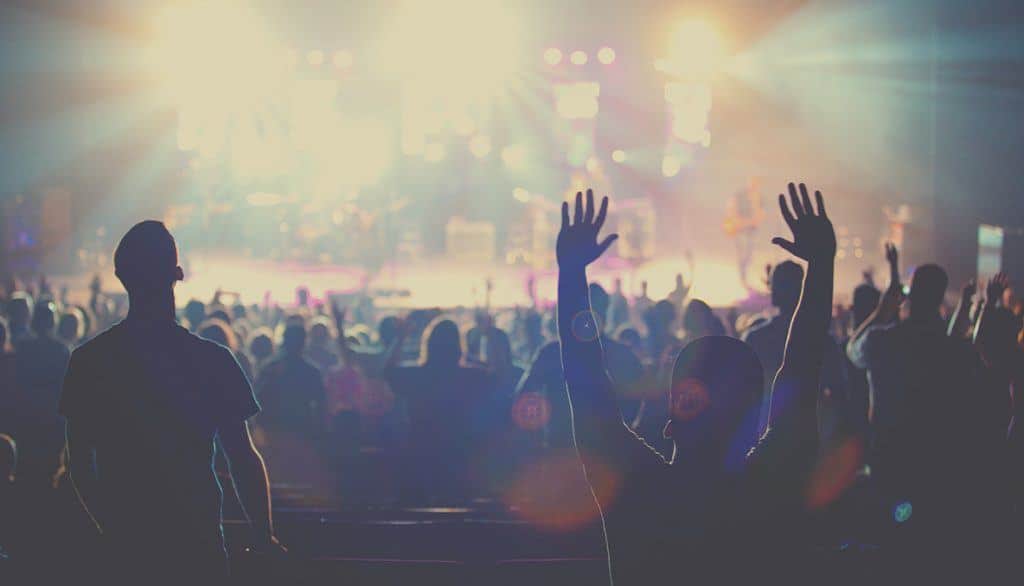 I’ve been thinking about issues of music and contemporary worship in church for years. I’m not a musician. I did play the piano and clarinet as a child but neither stuck. I’ve also been in several choirs over the years. But all in all, musically I’m not much different than the average churchgoer. But, for people like me, who have spent decades in the church, music is, a least in some ways, a part of who we are. At the very least, it is a constant part of my worship as week after week it has been the first part of every Sunday service for decades.

I grew up in a small, rural Southern Baptist Church. During my childhood hymns were the core of our worship service though there was undoubtedly the use of worship songs from the 1960s and 1970s. In the years since my childhood, I have attended churches that only sung hymns and others that were almost exclusively worship music. This has given me the opportunity to experience both sides and hear both perspectives.

There are a lot of nuanced issues involved in the music we sing and why. Advocates of hymns often speak to the theological depth of hymns. There is truth to this. But at the same time, there are hymns that are trite and even theologically problematic. I remember one church I attended used an alternate version of a hymn that they felt corrected the theological issues within the hymn. Also, while it is true that many Worship or Praise songs have little depth there are some that are profound.

Advocates of Worship or Praise Music often argue that hymns are not in touch with what contemporary worshipers want to sing and what they enjoy listening to. There can be truth to this as well. I’ve been in plenty of services with droll hymns sung in a dry, obligatory manner that certainly doesn’t demonstrate an abundance of joy.

The truth is, I believe there is merit in both hymns and worship music. For me, it is less about the style of music than what we are accomplishing and promoting with that music.

One of the concerns I have is that people seem to actually be singing less in church these days. It isn’t that there is less music, sometimes there is more. But, the congregations, at times, turn into an audience. A while back on the Faith on View Facebook Page, I shared the article “Nine Reasons People Aren’t Singing in Worship.” It is a good article and worth the read. A couple of the reasons tie into my concerns here.

A few years ago, I was singing along with the music in church and noticed that less than half of the congregation was actually singing. This church used primarily worship songs. There was the occasional hymn, in part, because my wife was on the worship team and always pushed for more hymns. I think there are a variety of reasons for this: People often don’t know the songs, the worship band has a performance feel so the congregants don’t feel the need to sing, the music is high… maybe just read the “Nine Reasons” article it does a good job of discussing these.

But, it isn’t just churches with contemporary worship that have this problem. In our last church, which sang hymns exclusively. Yet, there was a similar problem. There are a couple of reasons for this, the biggest, however, is that people don’t know the songs. I suffer from this at our current church. I spent decades in Baptist churches and I don’t always know the songs in our current liturgical setting. These days not everyone knows the old standards and depending on your tradition those standards can be different. We were probably at our last church for three months before a song repeated. While that may sound like good variety, it means that the congregation doesn’t get a chance to learn the hymns. Familiarity is important. That is why music stations on the radio are so repetitive. They want their listeners to learn the music and be able to sing along.

In my Ph.D. program, I did a lot of my coursework at the Dominican School of Philosophy and Theology. In an Aesthetics and Theology course, the professor, a Dominican Priest, talked about his experience with chant. He spoke about how the Psalms they chanted were chanted over and over. It wasn’t until he knew them so well that he didn’t have to concentrate on the words that those words then became prayers for him. The familiarity allowed him to both engage the words and transcend them. The familiarity was what facilitated the worship.

As I was watching the congregation at my old church not sing, I began to think about this. Part of the reason they didn’t sing was because of this lack of familiarity. But, that, combined with the other reasons mentioned in the article I linked above, led to the congregation transforming into an audience. The Old Testament word for worship means “to prostrate ourselves.” Worship is the act of bowing down before God as creatures acknowledging him as the creator. It is an act WE do.

In the case of many people in contemporary worship services, we cease being participants. When we become an audience, we are spectators. We are not worshiping in an active sense. But, in some ways we do still worship. We do so through the voices and emotional engagement of the worship band with the music.

I do think there are times for vicarious worship. When we listen to a beautiful song sung by a choir or a solo “special music,” we engage God through the beauty of the music and the emotional connection of the singer(s) with their song. That can be incredibly moving. However, it concerns me that for too many, Sunday Worship is becoming a weekly K-Love concert.

Please don’t think that this vicarious worship is an inherent problem with contemporary worship styles. I would say that many, even most churches employing contemporary worship struggle with this. But, a few years back I attended Oak Hills Church in Folsom, CA to accompany a show I had in their gallery. Their Creative Arts Pastor and Worship Leader, Manuel Luz, led a thoughtful worship time that encouraged true worship. It was the one contemporary worship service I have attended that, to me, avoided most, if not all, of the traps that often dog worship leaders. That Sunday was an encouragement that the trite sentimentality and vicarious worship which infects so much of evangelicalism isn’t inherent to the movement or its worship style.

This essay is from our Anastasis Series where we resurrect articles from the past that are either still relevant today. This piece was first published on December 11, 2018, and has been lightly edited and updated.