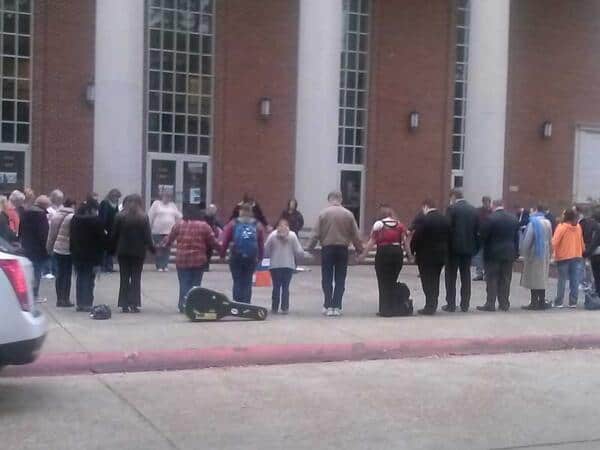 Yesterday, a Louisiana College official laughed at students and one of their parents when they stated that people on campus are afraid. When I wrote my open letter in 2011 I included a couple of statements about the fear on campus:

The level of fear at LC is such that students are told by their family to not raise health concerns related to facilities out of concern that they may not actually be granted their degrees. Meanwhile, faculty members shake their heads silently for fear of losing their jobs, many choosing to leave quietly after just a year or two.

I was charged by the college for lying about these statements. The defense that the was used yesterday against the students on these issues was all too familiar to me. “You can’t say there is a spirit of fear on campus because I’m not afraid.” The truth is there is a spirit of fear at Louisiana College and it has existed for many years. As bad as it was when I was there, I am told by several sources that it is worse now. I’ve been told by some that the oppression is “palpable.” I’ve been told that it feels like summer because there is so little life on campus.