Op-ed: Predators in pastor’s clothing and the strength of the church’s wounded lambs 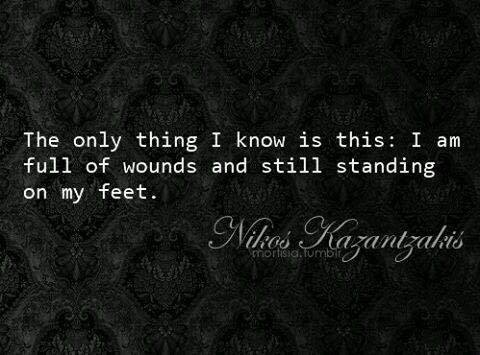 {I had to add a brief snippet to this essay as I sorted out the title for it. One thing I did NOT want was for this to be another article written about these sleazy predators in pastors’ clothing. I wanted this article to reflect the radical strength of the women (and men) who survived predatory pastors and church leaders.  And so, this article is for all of the victims who may not have found their voices yet, whether members of New Life or Old Life, or any church. I HEAR YOU. I will tell your story. You are worthy to be heard.}

Facebook and Tiktok exploded on May 22 with viral video coverage of a Warsaw, Ind., pastor confessing to adultery. The twist came when his “adulteress” stepped forward to confront him, and viewers found out it wasn’t an affair, but rather was the sexual grooming and assault of a 16-year-old child.  Since then, multiple women affiliated with New Life Christian Church and World Outreach have come forward alleging abuse, the youngest of whom was only 11 at the time of her alleged sexual assault.

Local officials declined to specify how many victims have come forward since the initial accusation was aired at the church and then on the Internet, but they said that several women have alleged some form of abuse and that there’s an active investigation.

Bobi Gephart may indeed be the face of bravery and courage, but she is not the only woman who alleges John Lowe II raped her.  In 2015, I lived in northwest Indiana, about an hour outside of Warsaw. I was serving with a revival as a minister and was working with many people who were coming to the church with wounds and baggage. Most of the people I served had wounds that were not related to the church, but that all changed the day Amanda* walked into my office in Nappanee, Ind. Amanda and her family attended New Life Christian Church and World Outreach of Warsaw Indiana.

In 2006, Amanda was 14 years old and going through some typical teenage angst when her parents took her in to meet with her pastor. For several weeks she met with him, talking about her struggles with school, wanting to date, and even the challenges she had regarding her faith.  Her parents had been considering a program like Teen Challenge, and she was strongly opposed to this. She wanted to stay in the community with her family, her friends, and at her school. She told her pastor she was willing to do anything to keep from being “sent away.”

Lowe counseled her that her behavior was a result of “sinful mindedness” and that she was acting out because of repressed sexual urges. He questioned her extensively about her feelings for her then-boyfriend – who she had not been intimate with – but who Lowe accused her of having “fantasies” about. Amanda told me that Lowe would paint elaborate verbal scenes of the two young people, and ask her, “Isn’t that what you want? You know that’s what he wants.” She was told that she had led on the young man, and she was to blame for his sexual impurity.

At that time, there was no evidence of the young sweethearts having any kind of sexual connection whatsoever, and even Amanda’s old “love notes” were very juvenile in nature and certainly not suggestive of sexual behavior. Nevertheless, Lowe persisted, and Amanda told me that he would often sit next to her, pulling his chair knee to knee with her, and cupping her face as he “counseled” her. He asked her wildly inappropriate questions about the most private parts of her body, and would hold her hands as he told her, “It’s ok, you can tell me.” I asked Amanda whether Lowe ever touched her, and her body just folded in on itself.  She then told me about losing her virginity in his office during a meeting after hours that summer.

Many young women have stepped forward since May 22 with similar allegations against Lowe and even his eldest son. The church has shut down commenting on their Facebook page, and Lowe’s personal Facebook page has gone dark. On Sunday, May 29, Bryan Lowe spoke on behalf of the newly founded advisory board, and while an apology was offered to Bobbi Gephart who confronted John Lowe last week, Bryan went on to apologize to new visitors and offered that “we are deeply sorry to any first-time visitors that attended last week’s service. That service did not represent the heart of New Life Christian Church.”  Bryan shared that John Lowe did not follow the outline provided by the advisory council, choosing to take over the service to speak of his own volition. He further spoke about the advisory board’s responsibility to “bring restoration to the victim’s family, the pastor’s family, the congregational family, as well as a confession and forgiveness.”

While it seems that Bryan Lowe is offering an explanation, what it feels like is that this council was formed and had advised their pastor about the best way to handle the accusations from the pulpit. One can only surmise that resigning was not part of their counsel; instead, he was allowed to continue preaching and operating as the leader of their church.  It feels a lot like, “too little, too late” and smacks of the Lowe family’s control over the church.

Such responses certainly don’t follow the model that Paul set before us in I Corinthians 5:55, or what Jesus had to say in Matthew 18:5, and 18:10. This leads me to the question of what can we who are followers of Jesus do to serve victims of alleged sexual abuse from within the church? As a survivor of church leader sexual assault, I can tell you that when you are a Christian who has experienced sexual assault, the emotions are very intertwined and confusing. Knowing that you were violated often takes a second seat to what you’ve been taught about grace and forgiveness, and even about the positional authority that pastors and church leaders have in your life. Despite being the victim, your own “sin” is dragged into the spotlight and your character comes under scrutiny. It’s enough to make any child keep secrets until they feel that they have some power over their own lives.

As a minister, and a leader today, I want to offer some insight to people who are also wondering how they can help.

As this story continues to unfold, there will likely be more and more allegations. Sadly, the statute of limitations for sexual assault in Indiana is only five years, and the age of consent is 16. There is very little margin to protect children from predators already, but it seems “the church” has accepted the challenge to take it to new levels of expecting grace and forgiveness for the abusers while providing very little in the way for the victims and their families. The Kosciusko County, Ind., Prosecutors Office has opened an investigation into Lowe II, although they have been very quiet up to this point. There are a number of charges that could be brought, including “child seduction”, which applies when adults in a position of trust or authority over a child use that relationship to engage in sexual conduct. This applies to children between the ages of 16 and 18. In addition, Codes IC 35-42-4-3 (child molesting) 35-42-4-7 (child seduction) and 35-42-4-9 (sexual misconduct with a minor) could be avenues that the prosecution uses which are not affected by the five-year statute of limitations that would normally apply, providing the women are under the age of 31. Ref: IN Statutes and Codes

I’m reminded that Jesus said in John 17:15-8 that we are not of this world, but we live in it. We as believers are called to be set apart but set apart is not the same thing as set above.  It’s my personal conviction and experience that many of these pastors get away with this for as long as they do because they are in exalted positions that are “set above” and are therefore without reproach (at least in their own minds). Removing this mentality and reestablishing the servant leader mentality that Jesus embodied is a start toward a healthy church.  In the end, though, nothing will change unless people are willing to do the hard things like Paul talked about. Throw him out. Terminate him and put – him – out! Allow the self-righteousness and arrogance to be destroyed so that God can deal with him on a soul level. Paul called on the church to stop boasting about their own actions – one wonders if they had surrounded that offender with love and grace and were waiting for the victim to forgive him so he could be “restored?” Paul warned that believers within the church were not to be associated with sexually immoral people; not of the world and certainly not within the church itself. He goes so far as to say they shouldn’t be associated with those who share the name; there are scriptural grounds to support the removal of the entire Lowe family from any position within the church.

At the end of the day, the burning question is how do we stop this? How do we better screen potential pastors so as to protect congregants from sexual impropriety of any kind? (The bigger question is “Why do we even have to?”) From a personal perspective, I think that we start by doing away with toxic purity culture that sets women up to believe their purpose is to provide sexual gratification at some point in their growth and development. I think that changing the expectation of the responsibility of women to protect men is also a good place to start. Removing the sexual aspect in these ways makes it harder for the predators to hunt because their victims aren’t as easily identifiable. And if it happens? Despite all of your best efforts? Immediately fire said pastor, use his salary to pay for therapy for the victims, divert funds from other activities to provide resources to victims and their families, fulfill all mandatory reporting responsibilities and participate with any resulting prosecution, and make it absolutely clear that the church backs the victim.  And somehow. . .somehow. . .we stop shooting the wounded and we get back to a place of being more like Jesus.

*Amanda’s name has been changed to protect her privacy. 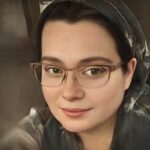