Confessions of a White Hispanic: Reflections on the Trayvon Martin Verdict 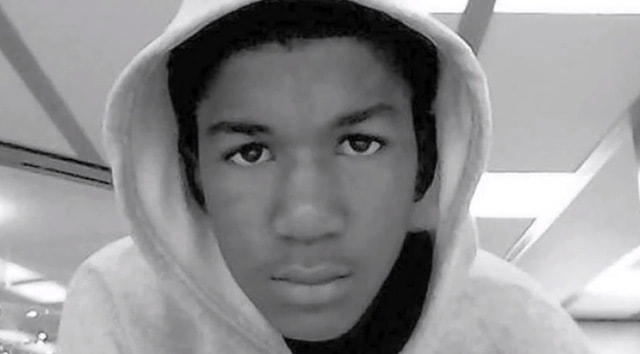 This post is a good example of why I am not a news writer. This verdict came down a week and a half ago and I am just now beginning to feel like I can comment.

I was devastated by the verdict. Here is my Facebook status from when I found out.

My wife and I just watched White House Down. It was good to see the good guys win in the end. I’ve seen evil triumph far too much in the last two years of my life. Unfortunately, Florida quickly reminded me that evil can still win. I’m sick.

I probably wasn’t devastated for the right reasons. The last two years of my life have been difficult. Between the situation at Louisiana College (there are posts all over this site about that if you don’t know that situation) and a few personal situations, I am at a point in my life where it is good to see evil lose and good win. I admit one of the things I really like in TV shows and movies right now is seeing the good clearly triumph over the evil. That said, my sickness on that night was as much about my own issues as it was about the much more serious injustice that had taken place in Florida.

I think the jury made the right decision. Don’t get me wrong. It makes me sick and I think there was a great injustice. But, given the terrible law, the evidence, and the presumption of innocence they really didn’t have enough to convict him. English Jurist William Blackstone said, “It is better that ten guilty persons escape than that one innocent suffer.” This sentiment was quoted and approved by Ben Franklin in 1785. I agree with this principle. But, that doesn’t mean that it doesn’t hurt. This miscarriage of justice hurts our country generally, race relations between the black community and the white community, and most specifically and profoundly it hurts the Martin family. The alternative though is to lean toward a presumption of guilt which I think is more dangerous.

I don’t know if Zimmerman was motivated by race. I can easily imagine that being a motivating factor. But, I can also imagine it not being an issue. I think there is little doubt that race quickly became an important part of the narrative for all sides.  What really bothers me is the dismissal of race as an issue by some. Mostly, because the way they dismiss it ignores the racial realities in our country. There is racism in our country. There is overt racism and there is much more subtle racism. There are also issues that may not be racism but are certainly racial. For example, studies indicate that people tend to feel more anxious and uncomfortable when dealing with black strangers than white strangers. (I wish I could remember the source of this study) Maybe that is racism. Maybe it is “just” the influence of negative racial stereo-types on the subconscious of people who are not “racist.” Either way, it is a serious issue. The reality is that there are different Americas. People have different experiences and we should not just assume that the experiences of Black Americans is fictitious just because it is different than ours. I recently posted a wonderful piece by Bob Vincent that deals with this issue.

I’m a white Hispanic. It has really bothered me to see some people claiming that the term “white Hispanic” was clear evidence of the race card being played. I can’t tell you how many forms I’ve filled out where my ethnicity is marked as Hispanic but my race as white. My father is a prominent Latino yet on my birth certificate his race is listed as white. I don’t know if that term was first employed to hype up the race issue or not. But, it itself is not a clear indicator.

I’m not sure we really have news in this country anymore. I don’t know if it is just the commercialization of news or the twenty-four-hour news cycle or the internet, but what is clear is that what we have now is agenda-driven ratings grabbing programming not actual news. Don’t get me wrong. News is the foil around which this form of entertainment operates, but there is little drive for objective reporting. Everyone has their favorite source that tends to agree more with them and the sources seem to be becoming more and more sensational to drive ratings. The reality is though that the most important stories and issues are not exciting. The changes that need to be made in our culture are not flashy. The truth is not simple. It doesn’t work in sound bites. But, the story can be manipulated. Think of the different pictures that were shown dealing with this case. Older pictures of Trayvon, images that weren’t even Trayvon, pictures that give all sorts of different impressions about the character of Zimmerman. What about the truth? It seems to get lost in the politics of it. A boy died! He may have been murdered. But even if he wasn’t, it was still a tragedy. One far more important than the theater that played out on TV, in papers, and on the internet.

I ended my Facebook post that night by saying, “I’m sick.” I still am. There are deep systemic problems in our nation. Race is one area but there are dozens of serious other areas that need thoughtful leadership.  But, at this point we seem completely ill-equipped to deal with them. I’m not just talking about the news and the government. They both seem largely broken. But, I think that has a lot to do with us. What has really struck me is the lack of consideration for others and their pain over the last week and a half. While I genuinely believe that very few people, if any, rejoiced over the killing of Trayvon Martin, it can at times be hard to get that message based on some of the Facebook posts I have seen. In the end, a young man lost his life. A family and a community feels tremendous loss and pain over the event. Millions of African-Americans feel this in a very personal way. These are things we should be sensitive to. But, as a nation we have not been. I had a boss who once said, “The greatest problem people have is the need to be right.” I’m not saying that trying to be right or do right is unimportant. What I am saying though is that even if you are right that race had nothing to do with the killing please don’t make that point in a way that lacks compassion and makes race an issue in a whole other way. Don’t insist on being right…insist on showing compassion.

I’m not against guns. But, I can’t help but wonder if Zimmerman would have made the same poor choices that lead to Trayvon’s killing if he was not armed? The same goes for the man who shot the kid playing loud music at the gas station. If Zimmerman didn’t have a gun on him would he have been emboldened enough to get out of his vehicle and try to locate a “suspicious” person wondering around in the dark? Even if everything happened as Zimmerman claims, he made some poor judgments that, while not illegal, led to loss of life. I don’t claim to know all the answers when it comes to gun issues in our country. But, I am convinced that our rhetoric is not helping. Someone disagreeing with you doesn’t make them evil. If someone thinks gun regulation is a good idea, it doesn’t mean they hate the second amendment. Dialogue and compassion would take us a long way.