Louisiana College, the Spirit of Fear, and President Joe Aguillard

There are two quotes that really drive my thinking about Louisiana College these days. The first is the famous quote by German pastor Martin Niemöller in relation to his life in Germany during the Nazi rise to power:

“First they came for the communists,
and I didn’t speak out because I wasn’t a communist.

Then they came for the socialists,
and I didn’t speak out because I wasn’t a socialist.

Then they came for the Jews,
and I didn’t speak out because I wasn’t a Jew.

Then they came for the Catholics,
and I didn’t speak out because I wasn’t a Catholic.

Then they came for me,
and there was no one left to speak for me.”

The second quote by Dietrich Bonhoeffer was the impetus for my last post:

“Being a Christian is less about cautiously avoiding sin than about courageously and actively doing God’s will.”

I remember when I was on faculty at Louisiana College and first became troubled by dishonesty that I saw in the administration. I took a couple of issues to my pastor and asked him what I should do. His response was that the issues should be dealt with. I remember thinking and probably even joked, “Yeah, but why does it have to be me?”

I followed up the conversation with my pastor by visiting with the Chair of the Christian Studies who is also one of the school Vice Presidents. We had a relatively long conversation about my concerns and he expressed to me that his tactic at the college was to try to change the things he thought he could change and not deal with the things he did not feel he could change. That troubled me. On one hand, it can have the appearance of wisdom. But, on the other hand, it may well be that we won’t stand for truth if we don’t think we can make a change… and I think that is wrong. I responded by saying, “I know this is hyperbolic, but…Christians in Nazi Germany had a moral responsibility to stand against the Nazis going after the Jews and other groups even though they knew they couldn’t stop the Nazis.” I know- playing the Nazi card is so rhetorically cliche! But,  it does serve the purpose of cutting out all the moral ambiguity we tend to attach to our own situations. He was unconvinced.

A few years later after repeatedly trying to work from within the systems of Louisiana College, I finally wrote an open letter to the college’s constituency. In that letter, I outlined some areas of both academic and moral integrity that needed to be addressed at Louisiana College and pointed to a spirit of fear on the campus:

“The level of fear at LC is such that students are told by their family to not raise health concerns related to facilities out of concern that they may not actually be granted their degrees. Meanwhile, faculty members shake their heads silently for fear of losing their jobs, many choosing to leave quietly after just a year or two. The rhetoric about loyalty from the presidency towards the faculty has become feverish over the last year. At our last faculty meeting we were told that loyalty and honesty are at the heart of LC and then immediately told about two staff members who were recently fired for disloyal acts. What happens when loyalty and honesty are at odds? Is the faculty to choose loyalty to LC over honesty? The rhetoric has reached such a pitch that dissenting opinions from faculty members have been called “poison” and articles in the Town Talk which are not glowingly supportive of the College have been deemed “evil” and “attacks from Satan” by the President himself.”

After this letter though the President doubled down. When he sought my dismissal (which he was not able to obtain thanks to the intervention of the courts), one of the charges he levied against me was dishonesty and one of the counts of dishonesty was this claim that I made about there being a spirit of fear on the campus. It is such a hard thing to prove. When people are afraid they don’t speak up about their fear.

In a follow-up letter about the situation at Louisiana College I spoke of two who were willing to speak up:

The student who testified broke down in tears at one point, out of fear, and asked the committee if she would be allowed to return to LC next year, to which Dr. Aguillard vigorously objected. The faculty member confessed under oath that she feared her honest testimony would cause her to lose her job, despite her stellar annual review. Prior to the hearings, she had received a letter promising her a contract for the 2011-2012 academic year, however, she was not offered one when contracts were issued ten days after her testimony. The head of her department was not even notified of her non-renewal. She was eventually told by Acting President Tim Johnson that she would not receive a contract. This behavior is exactly what faculty and students fear and clearly illustrates why such fear is justified. Further, this sort of blatant dishonesty and abuse of power discourages faculty and students from even testifying on behalf of members of the college community and has no place in a Christian institution.

In the defense I prepared for the faculty hearings I spent a good deal of time on this issue citing multiple examples. Here is an abbreviated version: 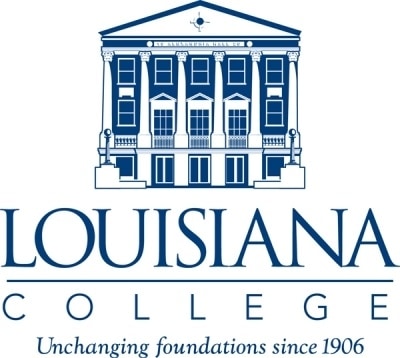 One faculty member called me that evening to thank me for writing the letter. But the phone call ended with, “We never had this conversation.” In my attempt to collect witnesses, I found quite a few faculty members who agree with the letter but fear for their jobs. The difficulty is that the proof of the fear is the silence of these same faculty members now.

Given the content of my meeting with Dr. Aguillard on March 17th the fear referenced by faculty members is understandable. When I mentioned to Dr. Aguillard, “Faculty are afraid to say anything because they are afraid they will lose their jobs.” He responded, “Well, you know what? They can go somewhere else.” With such a response lacking in both grace and compassion it is understandable that faculty feel their concerns will not be heard without reprisal.

The same holds true for students. One student wrote to me, “I would love nothing more than to see justice prevail but the thing is Dr. Aguillard has his thumb on our heads here.” This same student continued on, “most of us are up for defending you and testifying on your behalf, but the problem is what’ll happen to us when everything is said and done? Will the school hold anything against us because we support your ideas, and your rights? To me it’s the right thing to do, but at what cost are we willing to jeopardize our own futures?”

A second student wrote, “I would love to help you, but I share the same hesitation I know nearly everyone will: what’s my safety net? What will happen to the students who testify? Expulsion, especially right before finals, is a terrifying idea to stomach…. I simply can’t risk it, and I know the school is infamous for intolerance. I hate myself for it, but I just can’t.”

A recent graduate wrote me saying, “Can I testify to a spirit of fear? For myself yes…. I was afraid to confide in any official when I needed help at all, in fear of being not only thrown out of the dorm temporarily or permanently, but of being barred from continuing to work towards my degree, which ended up happening to another student.”

The current situation at Louisiana College has caused me to think a lot about these issues over the last few weeks. The reason the Niemöller quote came to mind was because so many of us saw this coming. We even talked about this exact issue two years ago. The problem for the current faculty who are being targeted by the administration is that there are none left to speak for them. As faculty watched those before them pressed under the thumb of oppression they lost their power to resist just as Niemöller did in Germany.

Fortunately, for the faculty there are a couple of students who still have the courage to stand. They have been putting out a pretty fierce blogging defense which has received over 20,000 views in the last couple of weeks. As a result, these students have had their blogs blocked on campus and are under investigation by the college for “making disparaging comments” about the college. One of these students recently posted on his Facebook page:

Want to know if a climate of fear is ruining your college? Start a signing statement that says you are concerned about the direction of your college. The number of students that fear retribution from L.C. administration is amazing. This is your Louisiana College.

There is that spirit of fear again. It has been there for years. It was there before I took a job at Louisiana College and it is still there now that I am gone. There is one constant…the dictatorial tactics of President Joe Aguillard.

So how does this all tie into the second quote? Simply put…we are often cautious, timid, fearful. We worry about sin and avoiding it but we don’t courageously try to live our faith. The faculty at Louisiana College haven’t had the courage to stand against the abuses of the administration and they have allowed the school to focus on what God hates. As I said in my last blog post hating what God hates is not the same as loving what God loves. LC needs to love what God loves. As professed ambassadors of Christ, they need to do justly, love mercy, and walk humbly.