The (possibly) Biblical roots of a Dec. 25 Christmas 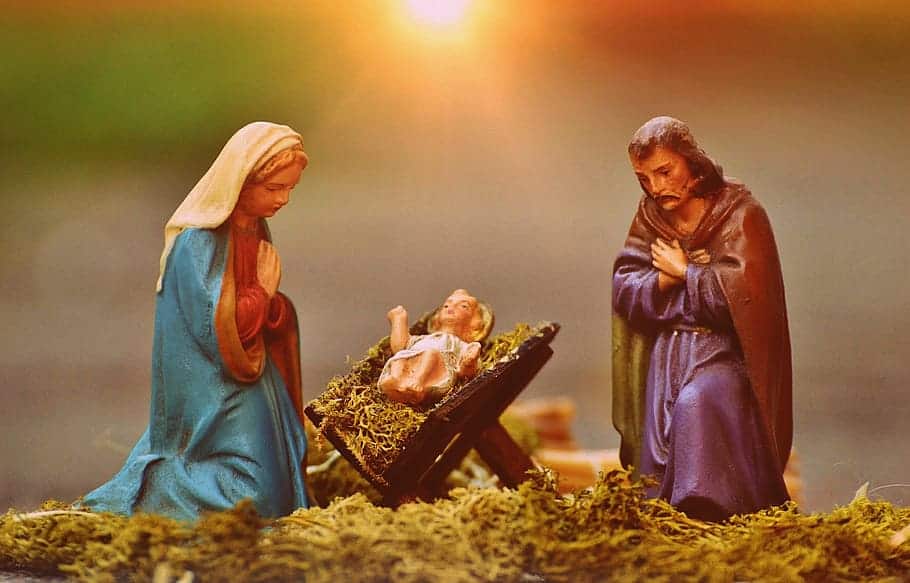 See amid the winter’s snow,
Born for us on earth below,
See the tender Lamb appears,
Promised from eternal years.

That Christ was not born on Dec. 25 is a given these days, repeated so often that it has become a trope amongst Evangelicals and polemicists with an axe to grind alike. Every Advent season one can see yet another article or image macro about the alleged true origins of Christmas.

And truthfully, there’s plenty of evidence that Christians did borrow traditions from the cultures around them, becoming all things to all peoples. (There’s also historical evidence that non-Christians also borrowed from Christian traditions, but that’s a discussion for another day). The most common observation is that Christmas coincides with Saturnalia and Juvenilia in Rome, and with dozens of other mid-winter/Solstice festivals across cultures. Was it, then, strictly placed on the calendar to compete and supersede those celebrations?

Even though Pascha — tied to Passover and the lunar calendar — was always the pre-eminent feast of the Christian world, the birth of Christ was a subject of interest even in the early centuries of the Church. Clement of Rome notably wrote about it circa 200, though his report showed that early estimates of the exact date were scattered across the calendar — April 21, May 20, and August 28. Clement’s contemporary, Hippolytus of Rome, however, pinned the date of the birth to not only Dec. 25, but a specific day of the week.

“For the first advent of our Lord in the flesh, when he was born in Bethlehem, was Dec. 25, a Wednesday, while Augustus was in his forty-second year, but from Adam, five thousand and five hundred years.  He suffered in the thirty-third year, March 25, Friday, the eighteenth year of Tiberius Caesar, while Rufus and Roubellion were Consuls,”  he wrote in his Commentary on Daniel 4.23.3. 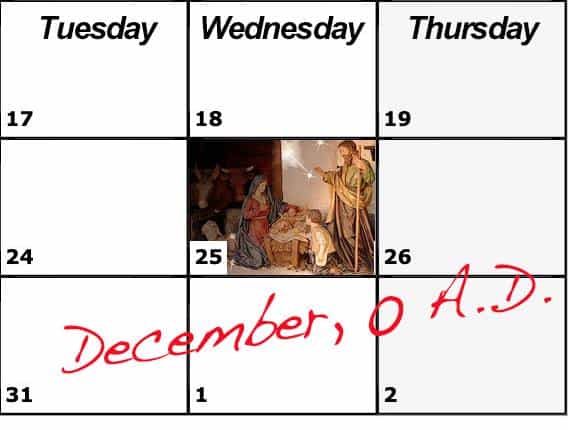 So how did the date of Christmas permanently land in December? Christianity’s roots are as a breakaway branch of Judaism, which connects many of its festivals to a celestial calendar. Early Christian observers still had that mentality, and mentally attached the birth of Christ to the phrase “the Sun of Righteousness.” In that sense, choosing Dec. 25 — the Roman winter Solstice — as a date to celebrate the coming of the Christ, who brings light, makes some sense.

The baptizer’s father, Zechariah, was serving in the temple at the time that he was told his wife Elizabeth would bear a son. He was ministering at the altar of incense, which meant that his term was during Yom Kippur, which can fall in September or early October. After ending his service, he went home and conceived a child with Elizabeth.

Fast forward to the Annunciation of Christ. After Mary hears that she will bear a son, she immediately leaves Nazareth and visits her cousin Elizabeth, who is in her sixth month. If Elizabeth is six months pregnant following Zechariah’s return following his service, that would place the Visitation in March or early April.

That’s the broad strokes of it. What about the specific date of the 25th? Beyond the speculation about the Sun of Righteousness, there’s a different reason. The Annunciation has traditionally been placed at March 25, which — if you recall Hippolytus’ commentary — is also the day Christ supposedly underwent his Passion.

If that seems coincidental, it’s not. At that time, there was a tradition that prophets died on the anniversary of their conception, and since Christ was supposed to have died on a specific Wednesday in late March, then he would have been born on Dec. 25.

The earliest fragment of St. Luke’s gospel is dated to the late second century, meaning that the birth narrative recorded therein was circulating at least by the 100s and that our December date comes from very early sources. Anyone who has done even the tiniest bit of literary criticism of biblical authorship can attest that the Gospels, in particular, are not just stories but pieces layered with sub- and supra-text; for example, St. John’s Gospel is a story of Jesus’ life, a reformulation of the Passover narrative, and a Eucharistic manual. I think it is quite possible (though I wouldn’t hedge any bets on it) that the author of St. Luke’s gospel took the known historical narrative — Zechariah, Annunciation, Visitation, Birth — and told it in a way that placed the Sun of Righteousness and prophetic Annunciation/Crucifixion lines of thought in the center of the story.

So, was Jesus Christ born on Christmas Day? It doesn’t really matter. But is the idea at least semi-Biblical? Yes. And for me, that’s enough.