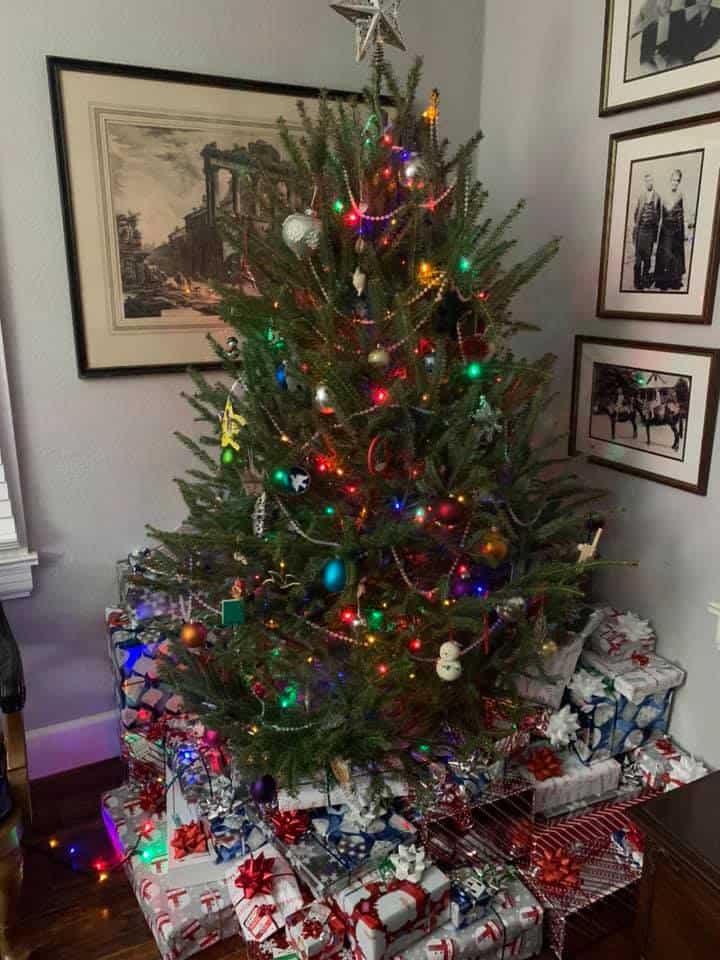 I had planned to reshare past Christmas ruminations this week only to realize that there have been very few of those on Faith on View. It surprised me to see that our only Christmas ruminations were two pieces from two years ago when we were facing imminent homelessness. If you are interested those can be read here and here.

For our family, this is a good Christmas. I understand the irony of that when our nation is reeling from the effects of the coronavirus. But, the last few years have been hard. This is the first year since 2017 we have had a tree and the first year since 2016 where we will be able to celebrate a “real” Christmas. My 12-year-old keeps saying, “There are so many presents under the tree.” She hasn’t experienced that in a long time.

Since starting my Ph.D. program in 2012 (less than a year after I started this blog if you care), my theology has become more incarnational and embodied. I mean that both in terms of ministering directly to those in need-showing the incarnate Christ to people if you will- and in terms of my theology proper being more centered on the incarnation and our own embodiment. We aren’t souls that have bodies for our short time on earth. We are embodied souls. That is at the heart of who we are and part of why the incarnation of Christ is so meaningful.

Peace and Goodwill Toward Man?

I have always been concerned about social justice and how we treat the poor and disenfranchised; but, this embodied theology has made the issue even more poignant for me. This theological focus is part of what led me to take such an active role in the anti-confederate monument protests this summer. God, and I, care not just about people’s souls but also about their bodies. From my perspective, those two are far less separable than most evangelicals tend to believe. 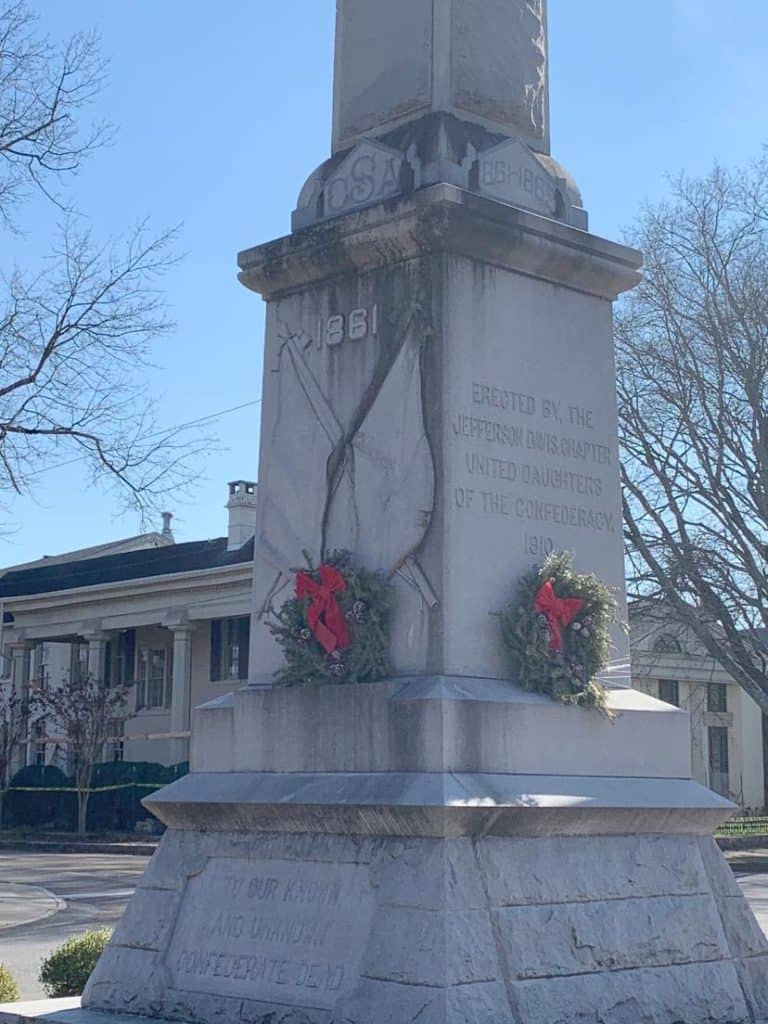 Those protests allowed me to see the best and the worst of people in our town. I saw people fighting (metaphorically) for the Imago Dei in others and I saw people fighting (yes they tried to provoke fights) to dishonor the Imago Dei in others. So while this is a good Christmas for my family, I was deeply saddened to see that the United Daughters of the Confederacy has decorated our local racist monument with Christmas wreaths. To connect the birth of their White Jesus with a movement that sought to deny, or diminish, the Imago Dei in our fellow humans is heartbreaking. To see a time of year that is about God loving us so much that he sent Jesus to condescend from his seat in Heaven and walk among us, as a brown man, conflated with the hate of our fellow man is sickening.

One of the great lessons of 2020 is just how selfish we are as humans. I am saying this as an American who has watched many in our nation disregard the concerns of black and brown people, dismissing the clear history and current existence of systemic racism. We are selfish and unable to empathize with the lived reality of others, especially if it questions our own righteousness.

I am also saying this as an American who has watched our nation refuse to take proper precautions to fight a global pandemic because we feel it limits our rights. We have elevated our “right” to do what we want, when we want, and how we want to an idolized station above the lives of others.

I also know, though, that it isn’t just Americans who are selfish. It is a universal human condition. We seek our own advantage too often at the harm of others. We forget that those others are embodied bearers of the Imago Dei.

Personal Involvement with the Needy

I saw a thread on a friend’s social media wall that promoted the government giving money to charities to distribute to the needy rather than through the government because those charities can have personal relationships with the needy and better identify the needs. I think there is some benefit to this but also a host of problems that develop. Personally, I think the approach to need should incorporate both. So, I pushed back just a little but don’t see the point in pushing more in that context.

One of the commentators, on the thread, referenced a ministry with which she is involved that requires people to undergo financial counseling if they ask for help more than three times in a six month period. On the surface that doesn’t sound bad. There certainly are people who handle their finances poorly. I have known many people who handled their finances poorly, many of them were people with money.

Part of my problem is that we live in a culture that views poverty as a personal failing. Within the church, it is too often seen as a spiritual failing. Our perspective is too often established more by the myth of the welfare queen than the counsel of scripture. Scripture never tells us to judge whether or not those we help meet a certain standard of need. It simply says to help.

Poverty is not a sin. The family that works multiple jobs at minimum wage to make ends meet, doesn’t need financial counseling any more than the high school teacher with an addiction to shoes. What scripture is clear about is that those with financial means should be modest. Yet, I have never seen a church ministry suggest that the businessman wearing the Rolex and driving a Mercedes needs financial counseling because their display of wealth pushes against Biblical counsel and they could get by just as well with a Seiko and a Mazda.

To be clear, I am not saying that wealth is a sin or that it is necessarily sinful to have a Rolex or a Mercedes. What I am saying is that the church needs to be more consistent. Too often, we assume poverty is a curse from God and wealth is His blessing.

I am glad to celebrate the incarnation this year. I am thankful that we are in a place where our children can enjoy the middle-class trappings of the holiday. But, I also pray that we do not forget that this is a holiday about the all-powerful creator of the universe emptying Himself for us, because of his love. I pray that I never forget that all humans are embodied souls, bearers of God’s image. And, I pray that I always remember that just as Christ’s poverty on earth was not reflective of God’s displeasure or his lack of character, a person’s financial standing is not a reflection of God’s love for them or his blessing upon them.

Ultimately, this holiday commemorates God’s love- God’s love for the embodied souls who are bearers of His image. I pray we learn to love them as He does.