Unexpected joy in the least likely of places: The gospel according to Die Hard 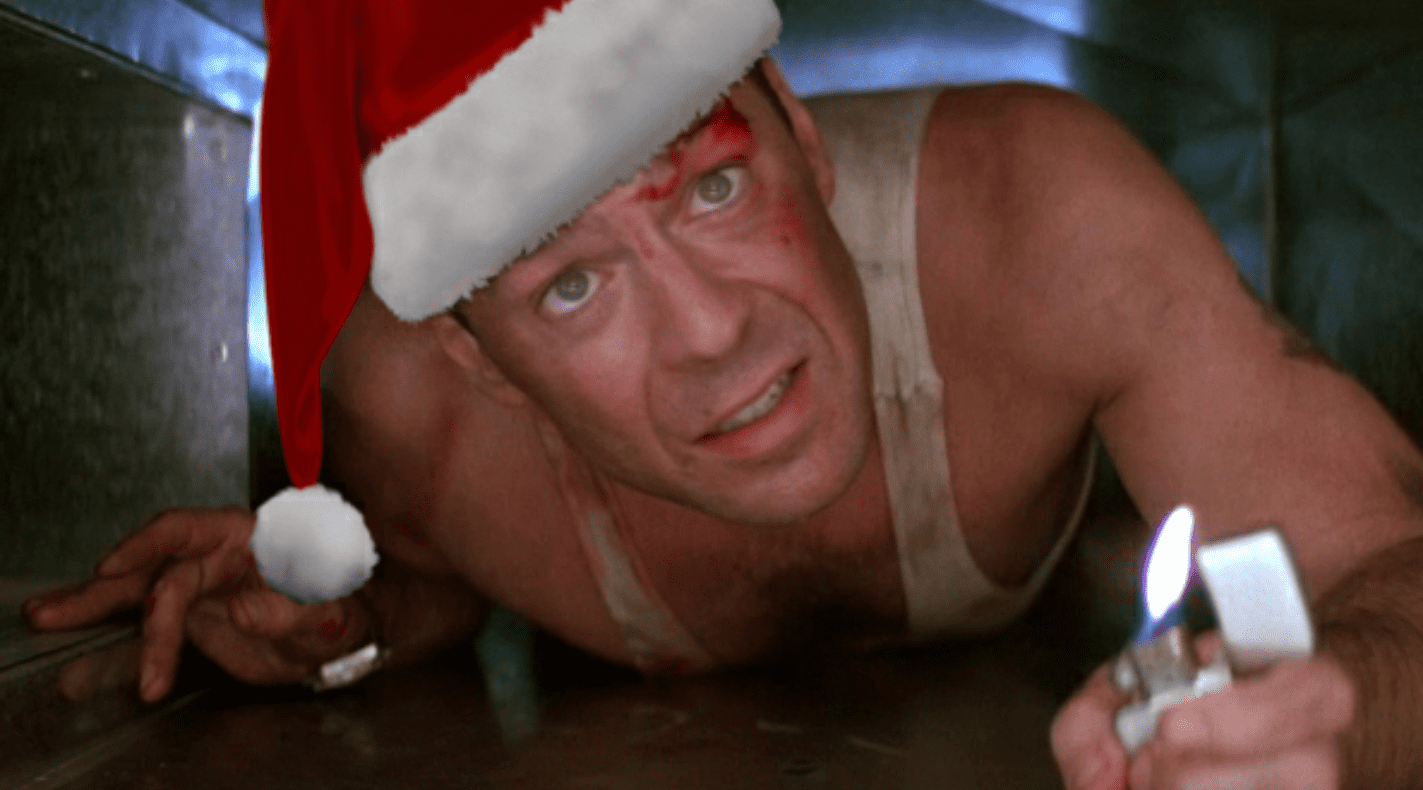 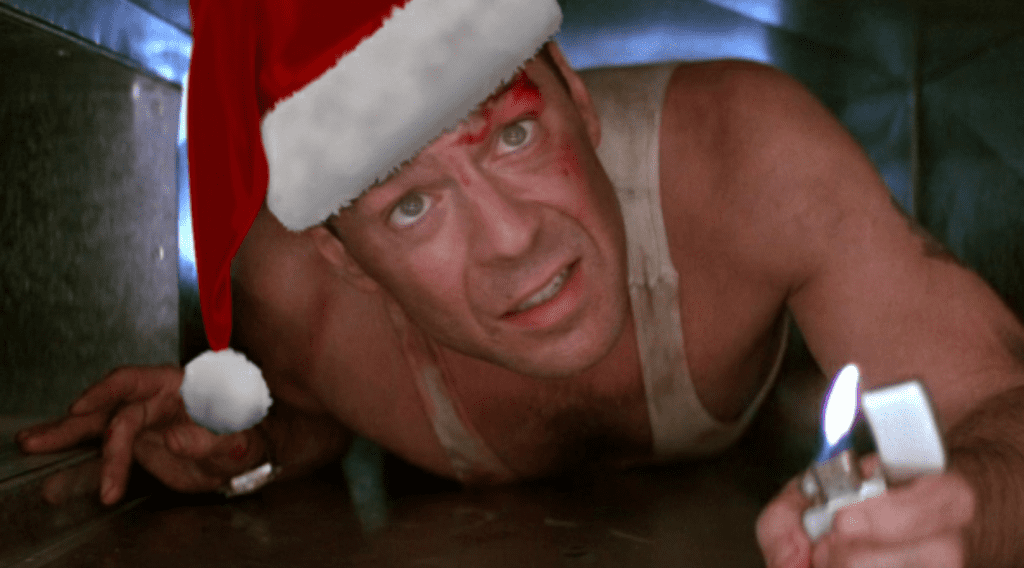 Die Hard ranks among my all-time favorite Christmas movies. But before you spit out your eggnog in protest while directing a choice “Yippee ki yay” my way, the film’s director John McTiernan supports my position that the groundbreaking 1988 action movie starring Bruce Willis is indeed a Holiday motion picture, telling the American film institute “we hadn’t intended it to be a Christmas movie, but the joy that came from it is what turned it into a Christmas movie.”

The movie has all the hallmarks of a Christmas flick including music, mistletoe, and mayhem, and even features an appearance by Santa Claus, albeit in the guise of a dead terrorist. When New York cop John McClane flies cross country to reconnect with his children and his estranged wife Holly (even her name is festive), he arrives on Christmas Eve only to be welcomed by a group of thieves posing as international terrorists who crash Holly’s company Christmas party.

Violence ensues amidst the trappings of the yuletide season, with the bad guys eventually being routed by an unlikely hero in an undershirt and bare feet. Perhaps this is what makes Die Hard so illustrative of the true meaning of Christmas, even though the movie isn’t necessarily the traditional family-friendly fare. Just like the surprising setting of Die Hard, the story of Christmas surprises us by challenging our notions of what we think to be true about God. The juxtaposition of the unexpected right in the middle of a traditional celebration is what makes Die Hard a surprising Christmas movie. In a similar way, unexpected joy in the least likely of circumstances is exactly what makes Christmas more than just a cultural means to support capitalistic ends.

The Nativity narratives teach us that God is full of surprises. No one would expect Divinity to be found in a barn, but this is exactly where the God of the universe chose to enter our world. And while the dignitaries of the world were divided by His arrival, with some seeking to worship and others motivated to kill Him, the poor and marginalized showed up immediately to bask in the glow of the tiny Christ child. Much later, Jesus would famously declare that He is “The Way” but Bethlehem demonstrates this way is often accessible via surprising thresholds. The gospel narratives are replete with surprising content that reveal the unconventional methods of Jesus and his endorsement of those who transgressed expectations.

For example, when a group of friends carrying a sick friend couldn’t get to Jesus through the conventional door, they made a hole in the roof and lowered their friend down in front of Christ. Jesus didn’t rebuke them for their lack of attention to tradition, but rather rewarded their unconventional faith by healing and forgiving their friend. Perhaps what Jesus meant by “narrow is the way” is a reference not to exclusivity, but to creativity. The same God who surprised humanity by entering the world through the back door invites us to enter salvation by opening the door in front of us and discovering with joy where it leads.

The Nativity teaches us that Christ is more likely to be found at the local bar than in the local church. Jesus takes up residence among the lowlifes, the overlooked, the poor, and the broken. The life of Jesus stands as an open rebuke to the fundamentalist who finds comfort in empty rituals, systematic theologies, and moralistic impositions. Jesus challenges the evangelical’s commitments to mediocre music, stadium seating in churches, and Thomas Kincade paintings. Jesus upsets the pious and overturns the tables of Christian religious professionals. Then, like John McClane at Nakatomi Plaza, simply identifies himself as “just a fly in the ointment, the monkey in the wrench, the pain in the ass.” The manger, along with the subsequent murder of Christ, turns expectations of a militaristic messiah upside down. The story of the Gospel is one of a victory with little initial publicity because Jesus first shows himself alive to a small collection of beloved women and continued to show up in unexpected places and often without being recognized. The birth, life, death, and resurrection of Jesus provide a true surprise in a world of predictable sorrow. As Emily Dickinson beautifully writes in Tell all the Truth but tell it slant,

Too bright for infirm Delight
The Truth’s superb surprise

God could have very easily blindsided all of us with the arrival of the Christ child into the world. He could have heralded the Advent to all of time, all of history, everyone everywhere. But instead, he reserved the angelic chorus for just a few shepherds watching their flock by night. To those who lacked the skill or the ambition to do more with their life than count sheep while managing to stay awake doing so, God decreed that the heavens would be illuminated exclusively for them. Providence aligned so that their ears would singularly hear, “Glory to God in the highest! Peace on earth, goodwill toward men! For unto you is born this day in the city of David, a Savior, who is Christ the Lord” (Luke 2:10-14 paraphrased).

I know that the attempt to make the stylistic tropes of a 1980’s action movie reflect the beautiful and simplistic majesty of the Nativity is a stretch. But stretching the mundane is exactly what God did in orchestrating the greatest story ever told. The raw elements of the earth were refashioned to weave a narrative that still gives us inexplicable emotions. The wonder of life violently entering the world by literally pushing against resistant flesh, accompanied by the painful scream of a young mother is the mundane yet miraculous means by which Christ arrived. This is reminiscent of another painful scream uttered by Christ as His resistant flesh gave way to the violence of death on the cross. In the same way, violence guides us into this existence and will usher us out into one yet to come. Meaning is what we do with the days in between. This mysterious existence is filled with unexpected joy in the least likely of circumstances, for those who are willing to open this gift.

Feeling a cathartic rush while watching John McClane escape an explosion atop a Los Angeles skyscraper by swinging at the end of a fire hose while serenaded by Michael Kamen’s Ode To Joy is an unexpected source of the Christmas Spirit for me. Knowing that my sins are forgiven and that I’m fully loved and accepted by Christ is the unexpected joy found in the Christmas story. “Good tidings of great joy!” indeed.