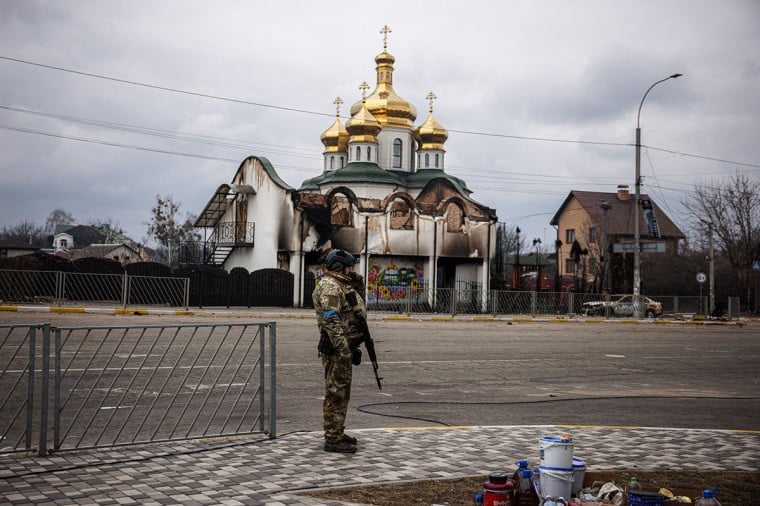 A nearly 600-year-old Orthodox Christian monastery eastern Ukraine that refugees were using was the target of a Russian airstrike on March 12.

The Rada, Ukraine’s Parliament, noted that around 500 refugees, including 200 juveniles, were utilizing the target — the Holy Dormition Svyatogorsk Lavra — as a shelter. Reports say the airstrike was at approximaetly 10p.m local time with Russian planes releasing bombs in  close range to the monastery.

Donetsk governor Pavlo Kyrylenko said approximately 1,000 people were inside the monastery Saturday when it was attacked. Holy Dormition is situated in the Donetsk region of Ukraine.

Many monks and refugees were evacuated to the monastery’s basement.

The history of the monastery dates back to 1526.

Following the airstrike, one person was bedridden, two went to the emergency room in Slovyansk by themselves, and 30 had what have been characterized as trivial wounds that needed care on the spot.

The airstrike happened hours after President Volodymar Zelensky stated he wanted to make peace with Russia in Jerusalem. The airstrike struck a bridge connecting the left and right banks of the Seversky Donets River. CSCIS says the large impact destroyed windows and doors, but didn’t destroy the monastery.

Daily Mail reports that the metropolis of Svyatogorsk is making efforts to restore active electricity, an energy source used to warm the monastery.

Last Saturday, Ukrainian Prime Minister Volodymr Zelensky stated he’s ready to have peace talks with Russia conciliated by Israeli Prime Minister Naftali Bennett in Jerusalem. This was after Vladimir Putin expressed the lack of desire for an armistice or ratify a treaty.

Approximately 2.5 million civilians have left Ukraine since the invasion’s inception. A reported 579 citizens have perished and more than 1,000 have been wounded.